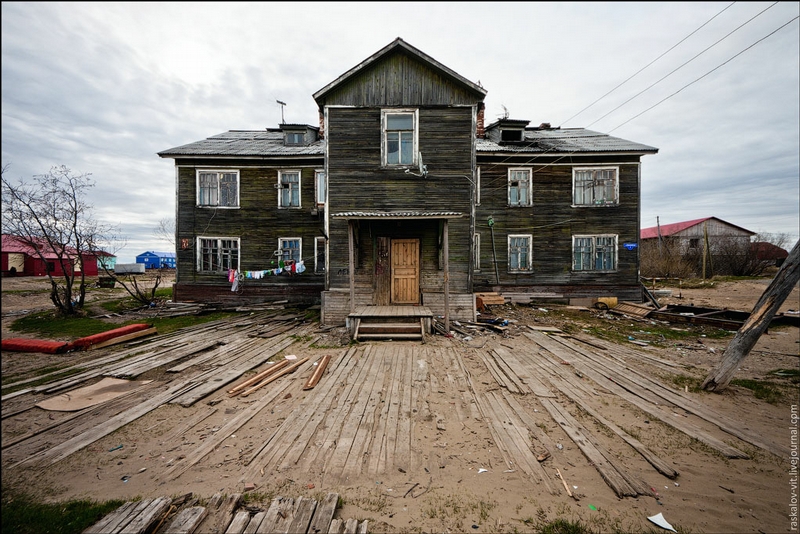 Let’s join the expedition to the far north of Russia that will go according to the route Naryan-Mar, Voichag island – Amderma. Naryan-Mar is the place from where one may get to any remote village of the Nenets Area by helicopter. Naryan-Mar is 110 km away from the Barents Sea, near the Pechora river. There are many abandoned ships there Heat station of the city The city is small and dull you won’t wish to stay there long. Varnek is the place we’ll fly to. Helicopters fly there twice a month, a ticket costs about 230 USD. The Pechora river and endless tundra The closer to the Kara sea the more snow Karataika village with population of 600 people. Karataika is one of the few settlements in the Arctic, at the Barents sea. The helicopter stands not longer than 3-5 min in each settlement. The motor is not stopped. Semi-abandoned town Amderma, its population used to be more than 5 thousand people. Now only about 300 people live in Amderma. Poacher’s house. They hunt geese and deer. Hundreds of kilometres away is tundra, tundra…

4 thoughts on “Expedition to the Arctic”