Why not see how it is going in Sochi where they will welcome the best world sportsmen in 2014. 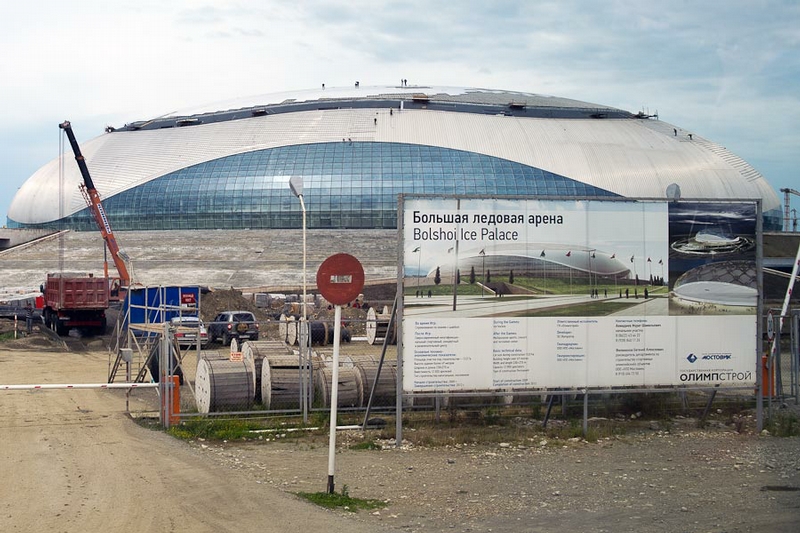 A new airport is being built next to the old one in Adler. Those buildings in the background are a press-centre of the Olympic Games and a hotel for journalists. One of the Olympic stadiums for skaters. Probably the most attractive Olympic stadium – the Big Ice Palace. Its roof will represent a huge screen with moving images. The main arena will seat 12000 spectators Olympic stadium “Fisht” – the main arena of the Olympic park where the openning ceremony will take place. It’s a huge structure for 40 000 spectators. 27 000 tons of metal constructions. In 2013 it is going to look like this: In general 50 000 workers are building the objects. There are three shifts, work goes 24 hours a day, with no days off. The most unusual object of the Olympic park – cemetery of Old Believers. It will be encircled with high walls. Palace of winter sport “Iceberg”. It will be the place for skating and short-track competitions. This portable structure will be used for cycle race track. This stadium is not being built for budget funds like others. Some company called “Omega” sponsors the construction. It will be used as an exhibition hall after the Games. Providing communications on the territory of the Olympic park Settlement next to the Olympic park