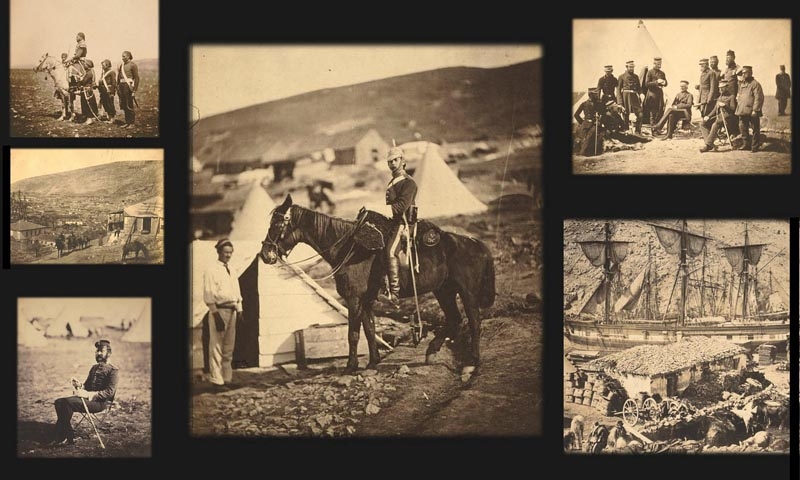 Today it is the place to rest for many people from all over Ukraine and the CIS. But in May, 1855 it was different. Guns of the English ships were firing at the Russian positions: the Crimean war  between Russia from one side and allied forces of England, France and Turkey from another one. Much has been written about the deeds of heroic Sevastopol. But few know that the Balaklava battle and the following defence of Sevastopol became the place for the first military photo report made by one English photographer Roger Fenton. Balaklava, English ships in the background

R. Fenton made a two-horse “Photo-Wagon” to take photos and develop them in a dark cabin that the wagon was also equipped with. That very wagon. Fenton didn’t take much time to take 800 military shots. Due to high ambient temperatures collodion (substance used for photographing) was boiling in the tanks and it was especially hot inside the cabin so Fenton had to wait for colder days. It’s unknown how long Roger Fenton was in the Crimea, but when he left another photographer appeared there – James Robertson. Soon after the war the main capitals began to sell cards photographed by Fenton and Robertson. No photo albums existed then and the photos were on separate sheets or in sets. The separate sheets were stuck on the passe-partout, but the sets could be designed in a way a client wanted. The 18×24 cm sheets are not preserved well due to some photo-chemical defects and look yellowish. But some of them portray well the events of the legendary defence. Moving objects are blurred a bit, but immovable ones look fine. Officers during the meeting Redoubt after the battle Ruins of the Sevastopol barracks

There were about 50 thousand citizens in the city but after the seige only 1/10 of them remained. That’s what the first military photo report was like, a sad one, but war is never funny. Ruined shelter of the redoubt commandant