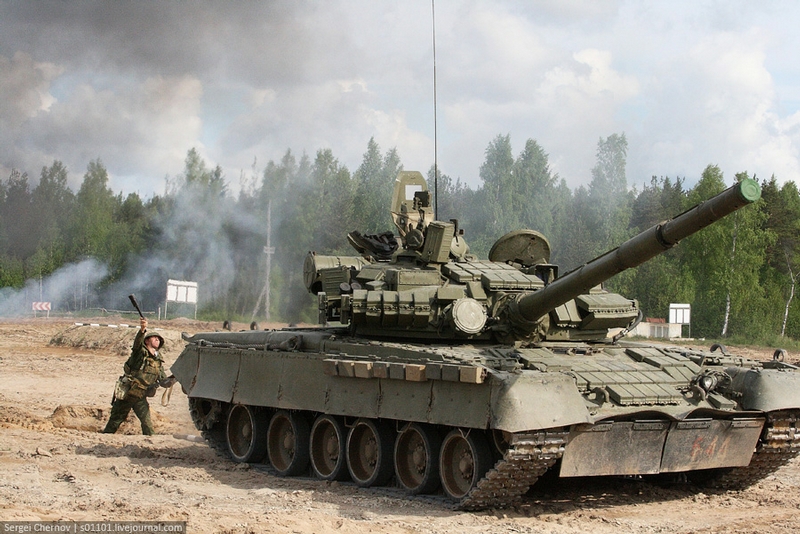 To be a contract soldier one has to go through such survival training course in field conditions and confirm professional aptitude. More than 7000 servicemen came to go through the training course. The program of the course includes firing and engineering training, chemical and radiation protection, medical assistance etc. The servicemen have to reach the qualifying standard in each discipline and get good marks. There are many women among the contract sldiers. Usually they are headquarters employees, workers of army signals, medical workers etc. For many of them it’s the first experience of such kind. They say that the women are not indulged, in some disciplines they even do better than the men. Tank test is obligatory for everyone. The task is not only sitting in a trench while a tank is moving over, they have to explode the tank with a grenade and shoot the crew. Not all of them can boast of successful fullfillment of the task. It’s a bright impression for the most of them. Taking an injured person out The survival course is intended for 6 weeks, it will end with a 50 km weeklong accelerated march. Then they will know who passed and who didn’t.

2 thoughts on “Survival Training Course To Become a Contract Soldier”