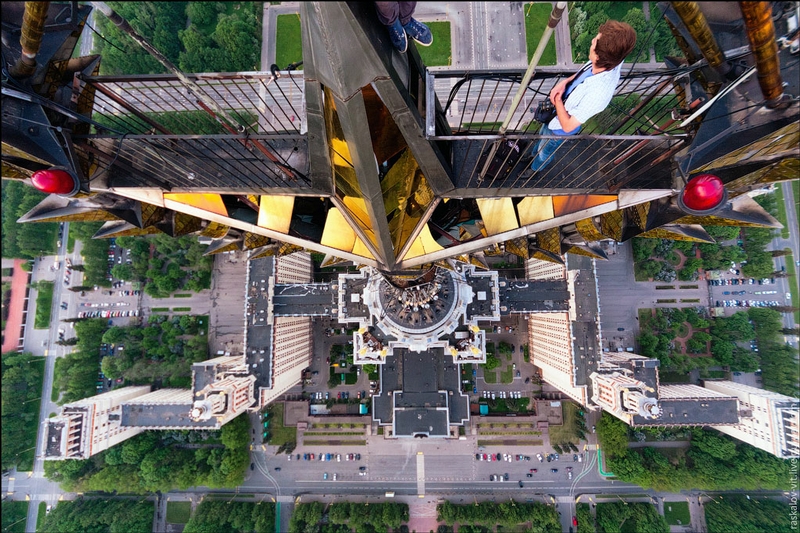 Desite the fact that a separate elevator going up to the spire is locked, a guard stands at the exit, there are a lot of sensors and cameras, and under the star is equipment of armed forces of the RF, these guys managed to reach the highest top of the Moscow State University. It’s quite difficult to reach the star, the way starts from floor 28, the first prevention is a lock code door.. The main lane in front of the university and “Luzhniki” stadium Many fragments have been falling from the star since 1953. The star contains 3 floors inside, it’s the biggest star in Moscow. 3 thoughts on “The Biggest Moscow Star”