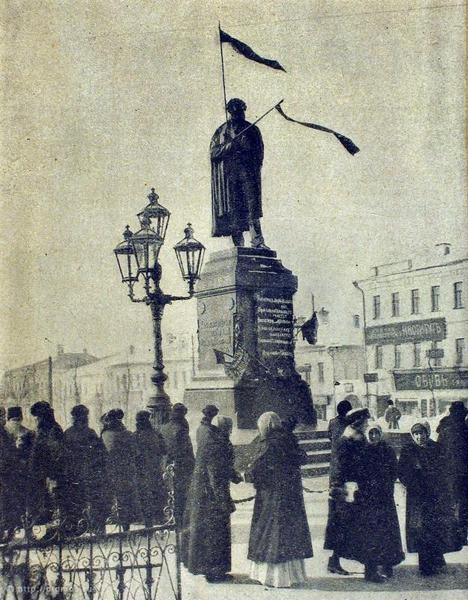 Meetings on Pushkin square, that’s how it began in February Beklimishev tower of the Kremlin was broken through and its top was ruined. Gates of the Synodic Department after firing. Howitzer of revolutionary forces at the Crimean bridge. The pole broken through with a shell on Strastnaya square Today on this place (reburial was not done)