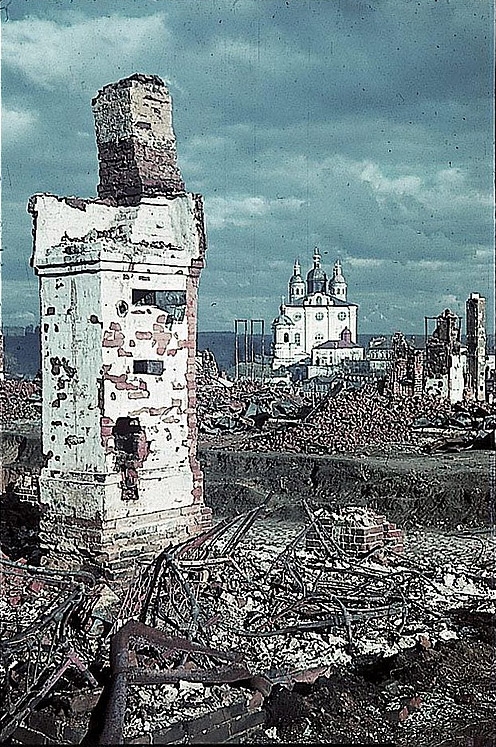 During WWII the Germans took hundreds of thousands if not millions of color photos on Agfa Color film. Now these photos are slowly digitized and appear in the Internet.
Such photos are often of bad quality but they still arouse interest and make us feel the tragic reality of that time.
These photos belong to some Robert Bothner and despite the bad quality it’s interesting to see them anyway.

On the photo above – occupied Smolensk. Looking at the photo there is a feeling of full devastation, but in the beginning of the German occupation the city was unharmed for at least 90%. Belaya vezha, Simeonovskaya Church and a building of a gymnasium. 4 thoughts on “Photoreport of a German Invader”