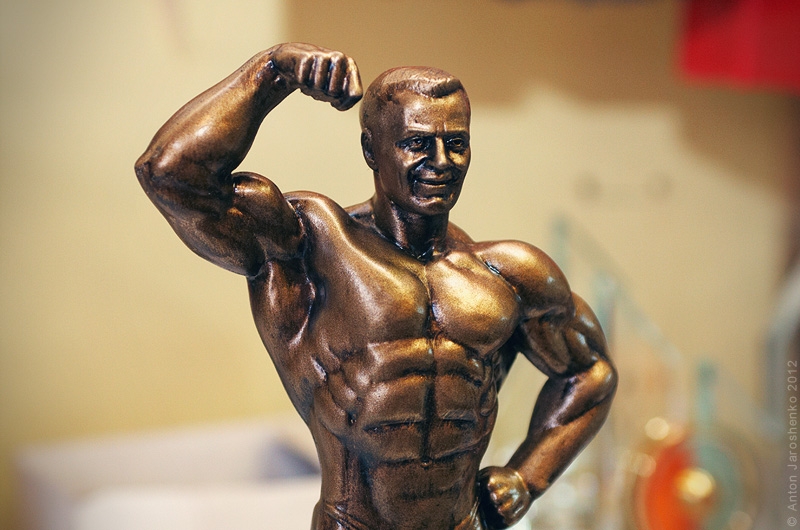 In Russia there is a company that produces various prizes, cups, gifts and awards. Their products are worth seeing. Let’s see today how they make such a guy. It’s a bodybuilding prize, in fact.

It should be noticed that the guy is not from bronze. Such kind of bronze replica. Plastic guy painted like bronze. A sculptor has to make a model like this first. It’s a plaster model of a future figure. It will serve for a cast making. From technical plasticine they make a secant surface. It’s done to make the cast consist of two separating parts letting the model out if opened. The plaster model ready for the cast making. Various specks and plasticine crumbs are to be prevented from being on the cast. They will cause defects. Some layers of solution are applied When the first part is ready, they remove the plasticine and do the same with the rear part. A gypsum cover is applied on the silicone cast to fix it before casting. The first guys are ready The cast and the gypsum cover Remains of liquid plastic are carefully removed from the joint. Waiting to be polished The prize is ready!

3 thoughts on “How They Make Such a Guy?”