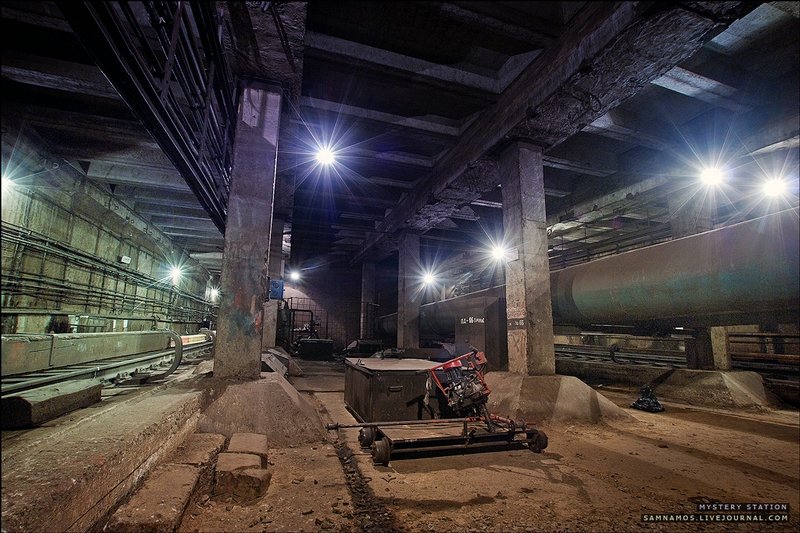 This abandoned station is often called “a ghost station”. During construction of the section Oktyabrsk field – Planernaya, under the airfield of Tushino they built a standard three-span station. But when the section started its work in 1975, Volokalamskaya was not listed with other stations. Her opening was delayed till better times, when the airfield will be built up with new houses. But due to some problems (abundance of ground waters and swampiness) they were never built. Recently they made a decision to build “Spartak” stadium on the place. The station is close to the future stadium and it will help to “unload” passenger traffic during matches. 1 thought on “The Ghost Station Volokolamskaya”