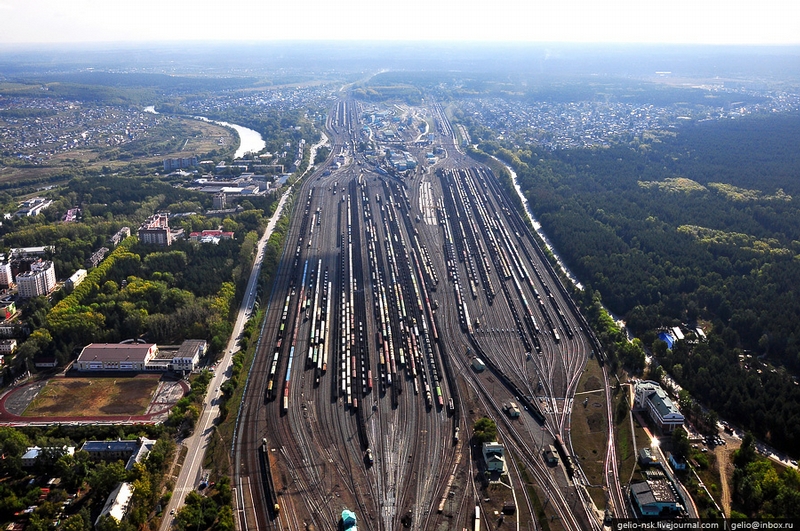 Inskaya is one of the largest marshaling yards in Russia. Its location is in the Pervomaysky district of Novosibirsk. It’s a junction point accepting cargoes from the Kuznetsk Basin, Ural, Central Asia providing car traffic volume in 5 directions, 37 destinations. Daily more than 27 thousand cars go through it. Construction of the station began in 1928 when they were building the railway line Ob-Proektnaya between the Kuznetsk Basin and the Trans-Siberian Railway. On 20th of April 1934 the first goods train with Ural ore left for the Kuznetsk Basin (Kuzbas). There are 423 pointworks at the station, 420 of them are interlocked. At the station two united electrical signalboxes are provided. The station has two gravity humps with automatic switching. The dump off part is on the slope so cars come down by themselves. Between them are intervals allowing to reverse points before diverging tracks according to the plan of trains makeup. Pervomayskaya street goes along all the station length