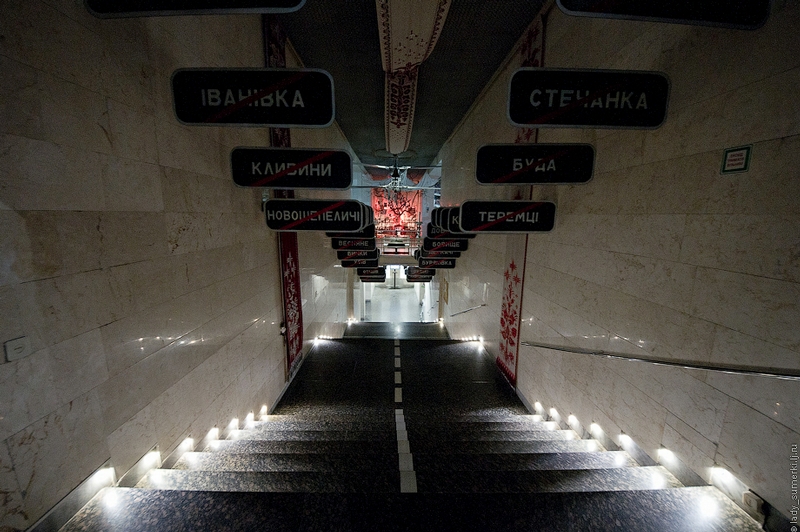 The Museum of Chernobyl in Kiev may look like a night club for some people but in fact it reflects the scale of the tragedy and its atmosphere. Its exposition includes documents which were classified once, as well as newspapers, letters and photographs. The museum’s exposition is devoted to the Chernobyl disaster, a catastrophic nuclear accident that occurred on April 26th, 1986 at the Chernobyl Nuclear Power Plant in Ukraine. An explosion and fire released large quantities of radioactive contamination into the atmosphere, which spread over much of Western USSR and Europe. It is widely considered to have been the worst nuclear power plant accident in history, and is one of only two classified as a level 7 event on the International Nuclear Event Scale. The museum opened in 1992. It is situated in the building that was used as a fire department in the 1980s. The tour will be best if accompanied by a guide. This clock shows the time of the catastrophe. Those are pictures of the kids who lived in Pripyat. Some of them are still alive. Those are names of the cities and villages which were contaminated.