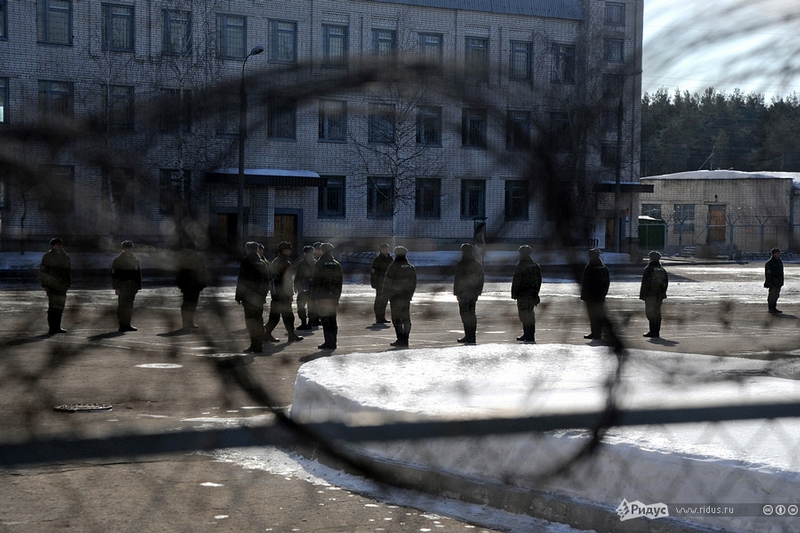 We want to take you to the village of Mulino, the Nizhniy Novgorod Region, to see what the life of its penal battalion that consists of war criminals is and how their military service goes on. Mulino is a large presidio which civil population is represented by retired servicemen and their families. There is a military base that stands out of the rest here in Mulino. Each military man in the country knows about it. It is a penal battalion, one of the two left in Russia. The battalion is a nightmare of each military man that becomes a reality for some. It is Her Majesty Discipline – ruthless, pointless and limitless – that rules in the battalion. Inmates conduct drills 8 hours a day, then they get down to another 8-hour rot-learning of service regulations or rough labor (for the luckiest ones) which is followed by another 8 hours of sleep. Their slightest negligence brings severe punishment, like a solitary confinement in the guardroom for up to 30 days or new sentence. “Stop! Do not come closer than 15 m if not accompanied by a senior”. There is a small Orthodox temple and a prayer house for Muslims in the battalion. Priests visit this place from time to time. 12 thoughts on “Nightmare Of a Military Man In The Country”