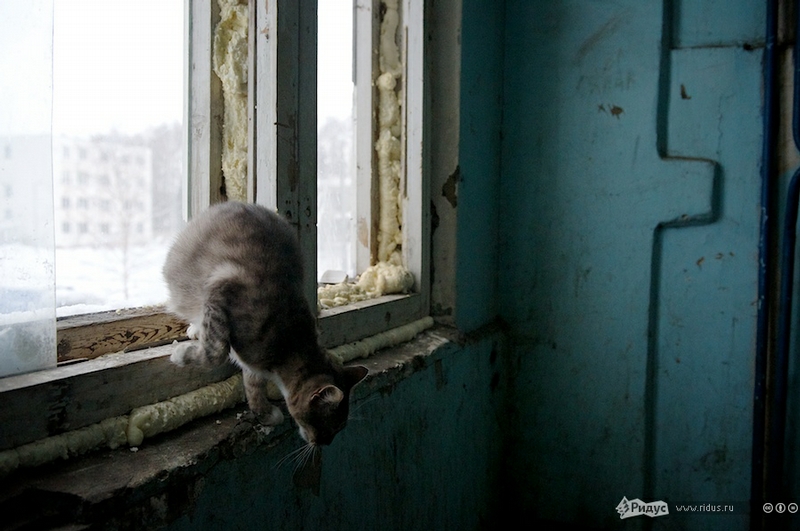 A couple of months ago, you might have read our report on the people from Central Asia living in a half-destroyed military barrack located in the city of Noginsk-2. Now we want to report on how the story continued. By court order, Ministry of Defense was to provide the people with temporary accommodation in 2007 when major repairs started. So the 15 families were offered to move from their barrack to a presidio in the city of Sergiyev Posad and it was up to them to decide whether they wanted to go or stay. When the roof of the barrack in Noginsk-2 started to leak and life there became unbearable, the people went to Sergiyev Posad. “Ladies and gentlemen! You are living in a five-star hotel with 3 plumbers and 3 cleaning ladies”. Once the saw the city, they realized it was slowly turning into another Noginsk-2. The military unit was disbanded 10 years ago and less than two years ago the people living there managed to acquire the right of residence. That place is Ok for elderly people and kids but the young just leave.

The people from Noginsk believe if they accepted the offer, their new apartments would become their permanent place of residence and no further offers from Ministry of Defense would be received. The presidio has plenty of vacant apartments for military men. The fact that some of them were offered to the people from Noginsk-2 is an exception. The people were offered small studios or one-room apartments. A modern bed would occupy haft of its space if you put it in there. The people from Noginsk-2 refused the offer claiming by court order their new apartments were to be situated in Noginsk-2 and were not for temporary living but permanent. They decided to keep fighting for their rights, hold meetings in front of the Ministry of Defense building, file claims, etc. We’ll see what happens.