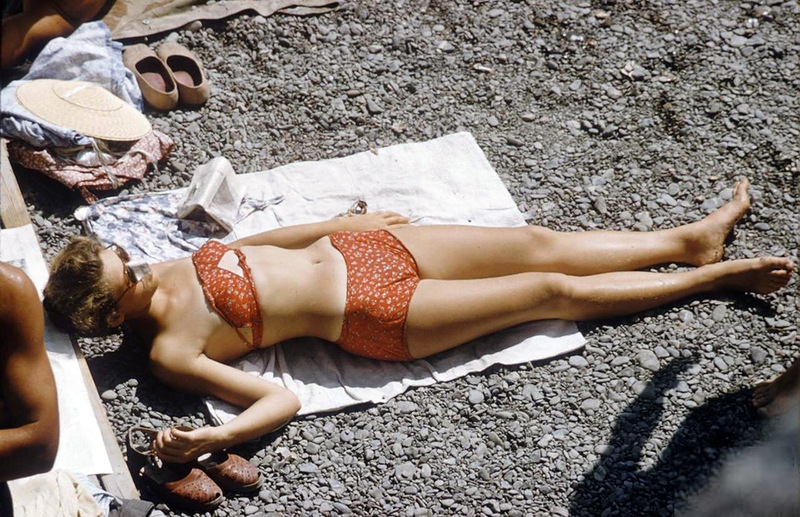 Howard Sochurek, a photographer for Life magazine, travelled a lot throughout the Soviet Union in the 1950s leaving after himself an impressive collection of photographs. We want to show you those he took in the Crimea in 1958. A medical person in a health resort. Soviet people loved spending their vacation in the Crimea! Swimsuits that were popular in the 50s don’t really differ from modern ones. A lady in red… The Swallow’s Nest, a decorative castle near Yalta on the Crimean peninsula in southern Ukraine. Evening at a health resort. An alley in Simeiz village. A  beach in Simeiz village as seen from Diva rock.