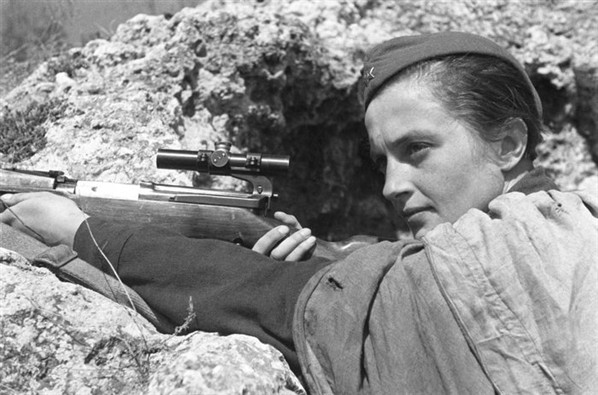 Lyudmila Mykhailivna Pavlichenko was born in the Ukrainian town of Belaya Tserkov on July 12th, 1916. She moved to Kiev with her family at the age of fourteen. There she joined a shooting club and developed into a sharpshooter, while working as a grinder at the Kiev Arsenal factory. In June 1941, 24-year old Pavlichenko was in her fourth year of studying history at the Kiev University when Nazi Germany began its invasion of the Soviet Union. Pavlichenko was among the first round of volunteers at the recruiting office, where she requested to join the infantry and subsequently she was assigned to the Red Army’s 25th Rifle Division. In one of the battles, Pavlichenko replaced the batallion commander killed during the fight and was later wounded but refused to leave the battlefield. Lieutenant Pavlichenko participated in battles in Moldavia and Odessa. When the Germans gained control of Odessa, her unit was pulled to be sent to Sevastopol on the Crimean Peninsula, where she fought for more than 8 months. Her total confirmed kills during World War II was 309,including 36 enemy snipers. Besides, she became an instructor and trained Soviet snipers until the war’s end. Pavlichenko would “go hunting” either alone or with Leonid Kutsenko  – who joined the division together with her – everyday at dawn lying still for hours or days waiting for an enemy. She often emerged the victor fighting a duel with German snipers. Once the two snipers were spotted by German officers who opened mortar fire. Leonid was badly wounded and Pavlichenko managed to evacuate him from the battlefield but he still didn’t survive. Since then, she would fight even more courageously taking vengeance on the enemy for her late friend. In June 1942, Pavlichenko was wounded by mortar fire. Because of her growing status, she was pulled from combat less than a month after recovering from her wound. Pavlichenko was sent to Canada and the United States for a publicity visit and became the first Soviet citizen to be received by a U.S. President when Franklin Roosevelt welcomed her at the White House. Later, Pavlichenko was invited by Eleanor Roosevelt to tour America relating her experiences. Pavlichenko appeared before the International Student Assembly being held in Washington, D.C., and later attended CIO meetings and made appearances and speeches in New York City. L. Pavlichenko and Ms. Davis (she was a wife of an Amerian ambassador in the USSR). During a meeting in Chicago, making her speech Pavlichenko said, “Gentlemen, I am 25 years old and I have killed 309 fascist occupants by now. Don’t you think, gentlemen, that you have been hiding behind my back for too long?!” After a short pause, the crowd met her statement with great approval. 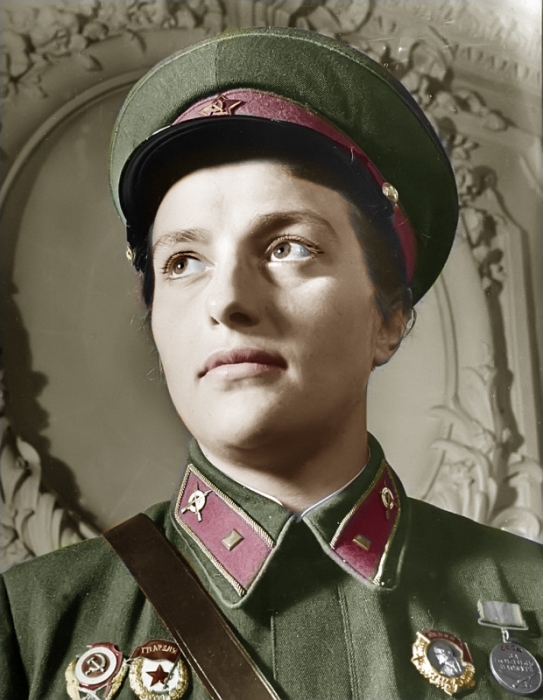 After the war, she finished her education at Kiev University and began a career as a historian. From 1945 to 1953, she was a research assistant of the Chief HQ of the Soviet Navy. She later was active in the Soviet Committee of the Veterans of War. Pavlichenko died on October 10th, 1974 at age 58. 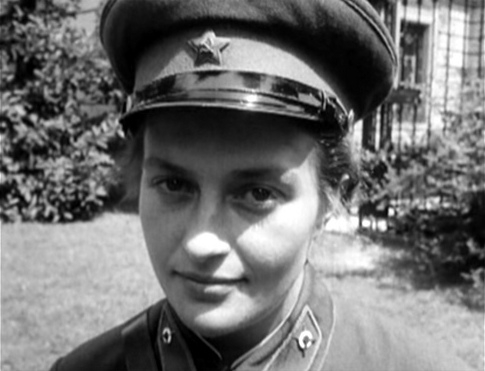 L. Pavlichenko tops the list of the 45 Best Soviet Female Snipers of World War II. She is followed by Libo Rugo who killed 242 enemies.

As a sniper, Olga Vasilyeva made her first kill in 1943 and killed 185 fascists total. When WWII ended, she returned to Voronezh, the city she grew up in. She received many awards including the Order of the Patriotic War and the Order of the Red Star. 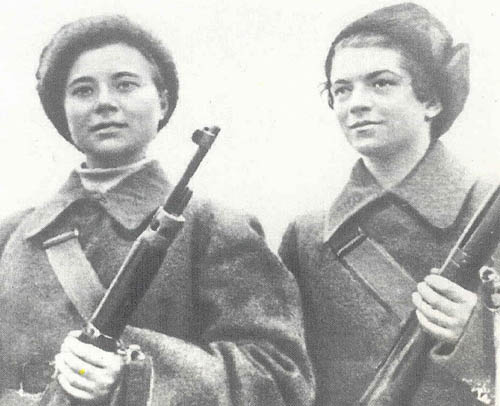 On the 14th of August 1942, Natalya’s regiment was committed to the fighting near the village of Sutoki-Byakovo in the Novgorod Region. The machine – gunners and snipers resisted the German offensive in trenches. The Russian soldiers were killed one after another. Natalya was one of the few remained alive She waas wounded. She decided to pull the pin of her grenade, and wait to blow the German soldiers up when they reached the trench.

When the Germans finally reached the trench, Natalya detonated the grenades, killing herself and many German soldiers. She was posthumously awarded the Hero of the Soviet Union shortly after, in recognition of her sacrifice.

Tari Vutchinnik and Catherine Zhdanova destroed 155 German occupants each. Genya Peretyatko completed her sniper cources in 1938 and in 1941 she joined the army. Total number of kills performed by Peretyatko was 148. Maria Polivanova was born in a village in the Tula Region in 1922. She was one of the two snipers who killed themselves and many German soldiers by detonating those grenades in the fight near the village of Sutoki-Byakovo in the Novgorod Region on August 14th, 1942 (along with Natalya Kovshova). 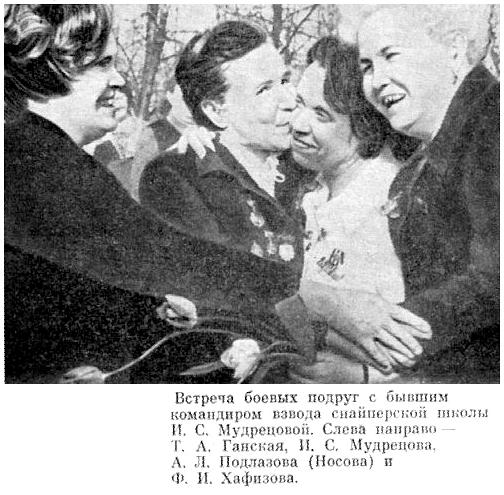 Inna Mudretsova killed 138 fascists making her first kill in 1943. She had her left arm amputated after a severe wound. She died shortly before the 55th anniversary of the Great Victory. 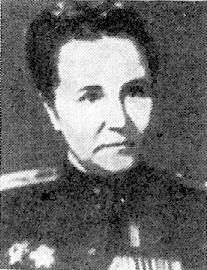 Nina Petrova was born in 1893 so by the time WWII began she turned 48 and was not subject to the draft. Yet she joined the army and killed 122 fascists. She died in a car accident on May 1st, 1945. 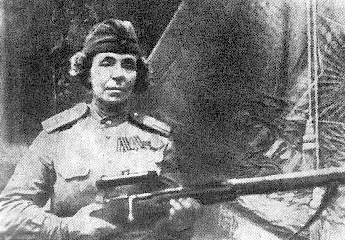 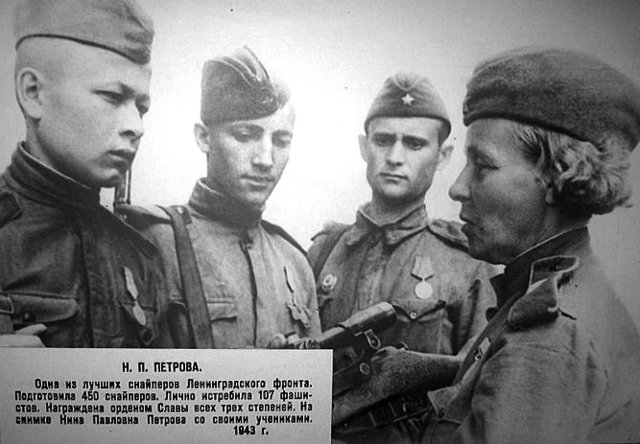 Tatyana Kostyrina was born in 1924. In 1943 she took command of a battalion which commander was killed but she was later killed herself in that fight. She killed 120 fascists.

Holder of the Order of Glory Olga Bordashevskaya killed 108 fascist occupants and was badly wounded in 1945. She couldn’t accept the fact that she was a 26-year old disabled person and one year later she joined an expedition to Antarctica. Natalia Sapyan was born in Leningrad. She volunteered for the military service and served as a medical instructor. She didn’t only kill 102 fascists but saved lives of 109 wounded Soviet people.

Snipers Catherine Golovakha (on the left) and Nina Kovalenko (on the right). 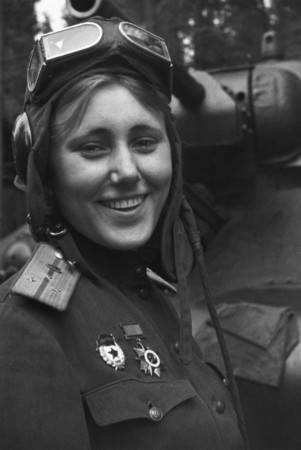 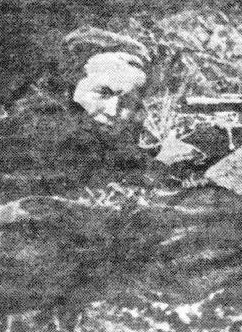 Valentina Khokhlova was a medical instructor and a sniper. Khokhlova killed 94 enemies and saved 101 lives. Hero of the Soviet Union Alia Moldagulova (born in Kazakhstan) killed 91 enemies. She died in a battle in January, 1944. Nina Lobkovskaya killed 89 enemies making her first kill as a sniper in 1943. 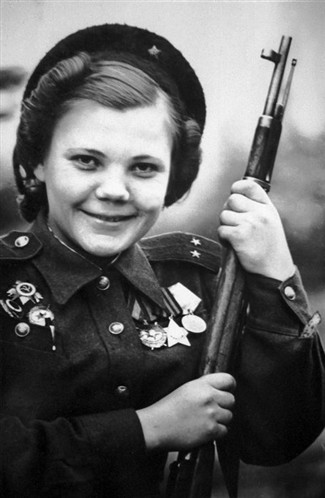 Lyubov Makarova killed 84 fascists. After the war’s end, she returned to Perm, her hometown.