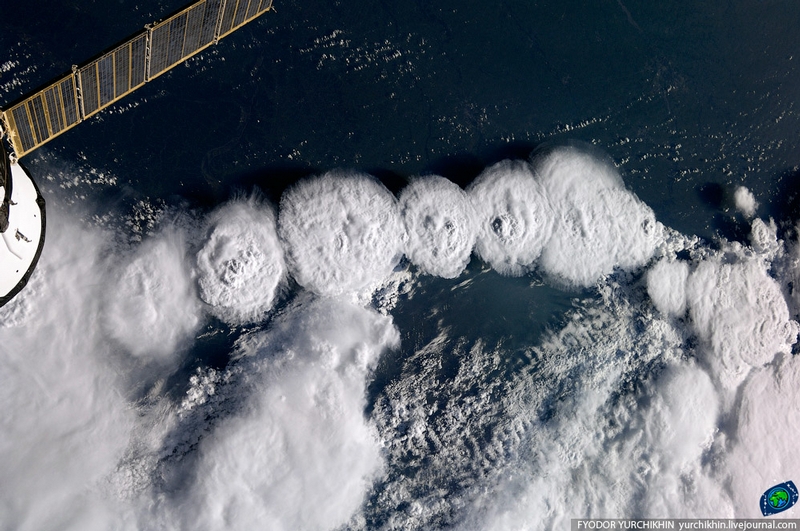 Photographs by Fedor Yurchikhin depict clouds of unimaginable shapes and colors. It’s 10 km to 12 km above ground so welcome to heaven! Is it snake dancing? It’s just what happens when at different heights wind blows in different directions. Some people may see birds here so it’s all relative. 2007. It seems like an auto race is about to get started! 2007. Those look like flowers in the middle of the field. 2007. A thunderstorm in the Philippines. 2007. Whose traces are those? 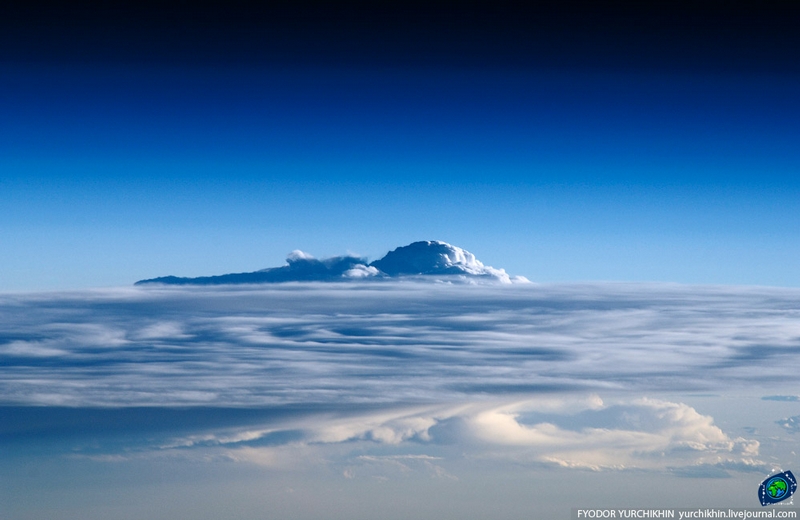 Remember Russians have just had another Pancake week? So this picture is very much to the point.

Satellites CloudSat and CALIPSO were launched by NASA in 2006 to examine the surface of the planet and cloud evolution.

7 thoughts on “Clouds Inside Out”