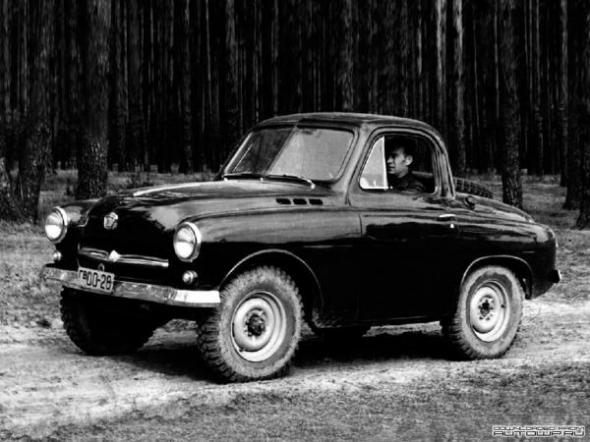 We often see car prototypes while visiting exhibitions. It takes much time and efforts to create a new car and even much more to eliminate mistakes. But only a small part of new decisions reaches the plant. Most part of the models are left in drawings or single quantities. Let’s have a look at those cars that have never existed. It is known that the amount of Zhiguli cars has been restricted for many years. The Moskvitch Auto Plant also tried to expand its nomenclature. Moscow Plant of Light Cars,  401E-424E, Moskvitch, an experimental model of 1949. Moscow Plant of Light Cars, “Moskvitch” А9 Prototype 1957. The microbus was treated as a light car. It was supplied with Moskvitch-407 motor and an experimental gear box. Later the plant lacked the space for its production and all the works stopped. Moscow Auto Plant,  3-5-5, experimental model of 1972. The car was considered very nice and modern at those times. Moskvitch С-3 Prototype of 1976. If it was not for copying of Simca this is how our Moskvitch-2141 cars could have looked like. An experimental taxi of 1964. It has 4 passenger places and is entered through the right door side door. It is now can be seen in a museum. Irbitsk Motorcycle Plant, IMZ-NAMI-450 Belka 1956. The front part of the cabin was shifted forward and a big side door on the right was used by passengers of the back seat. Experimental models were destroyed later. GAZ 18.Only two units of the car are available. GAZ 3105 “Volga” Experimental ‘1987–92. What attracts a potential customer of a car? A car can’t stay on conveyor for long as a rotation of models is necessary. Constructors were trying to look into the future. In the USA they saw a car of the future as a model with shapes similar to those of planes and rockets. Tucker Torpedo 1948.

14 thoughts on “The Cars That Never Existed”