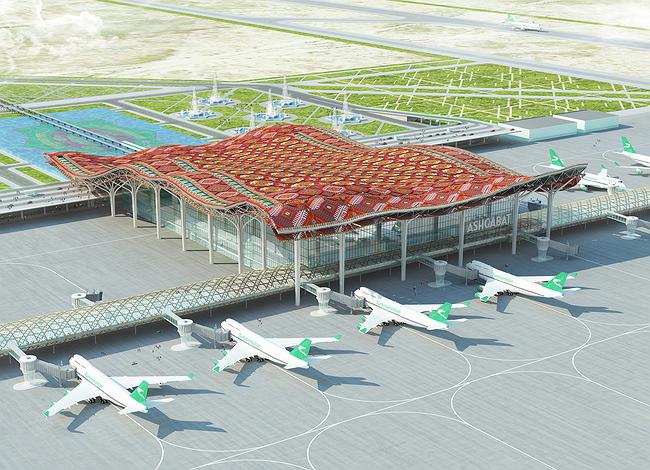 Turkmenistan people seem to have a soft spot for carpets… 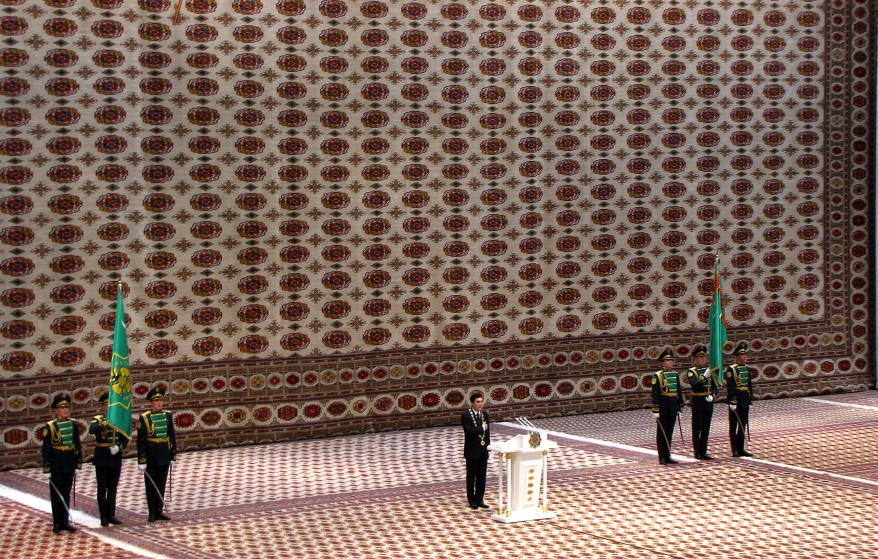 Including the country’s president! People make fun of this passion by posting all kinds of hilarious Photoshop pictures. 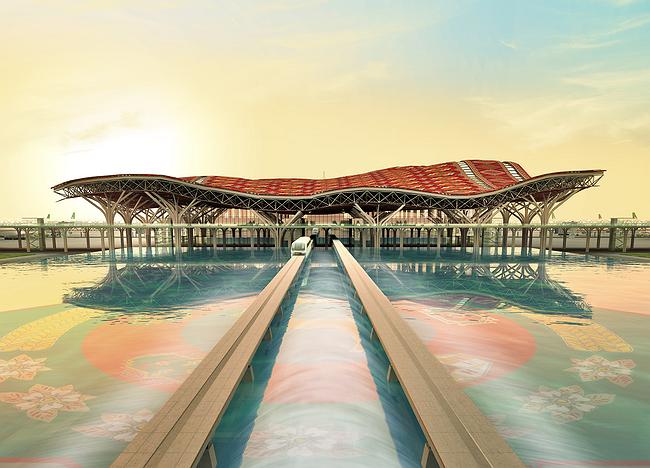 Love for carpets in Turkmenistan is so strong, that architecture studios offer projects inspired by traditional Turkmenistan carpets. One of such projects is this project of an airport designed by Studio 44. The airport is to be built near the country’s capital Ashgabad. We’ll see what the city’s government sets its choice on. 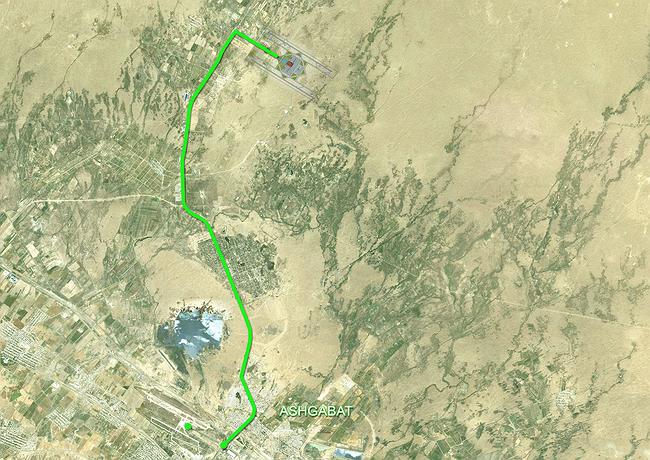 There is one airport in Ashgabad already but the city’s location (between Europe and Asia) makes its administration think about building another airport. 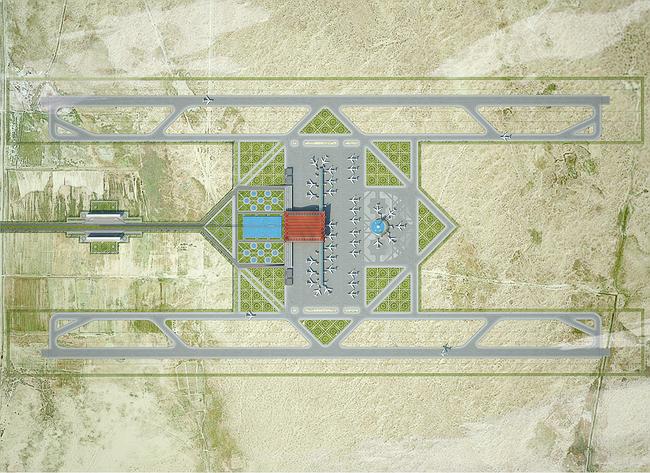 The national design is the key-note of the project. It is not only the respect the architecture studio shows to the country and its traditions. It is an essential condition each company building new constructions in the country must follow. 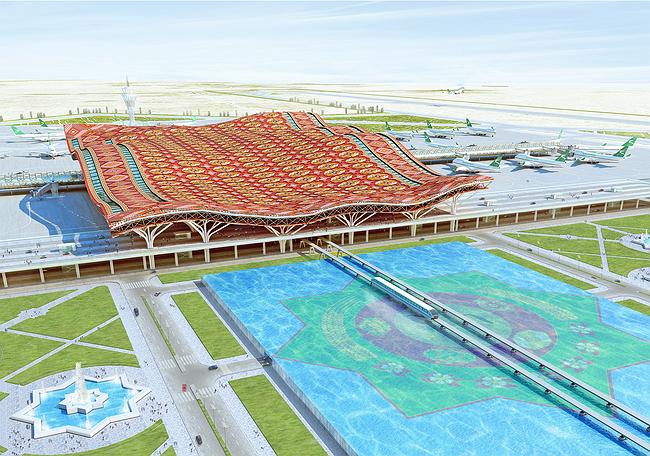 The idea of the flying carpet appeared in the minds of the project designers immediately after they learnt about the plan to build a new airport in Ashgabad. They just had to realize it somehow. 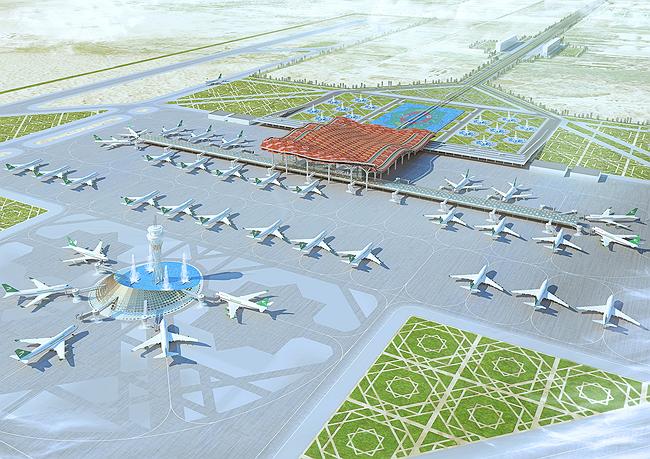 Finally, they decided to make the roof of the airport look like a flying carpet with solar batteries installed to provide non-stop air-conditioning. 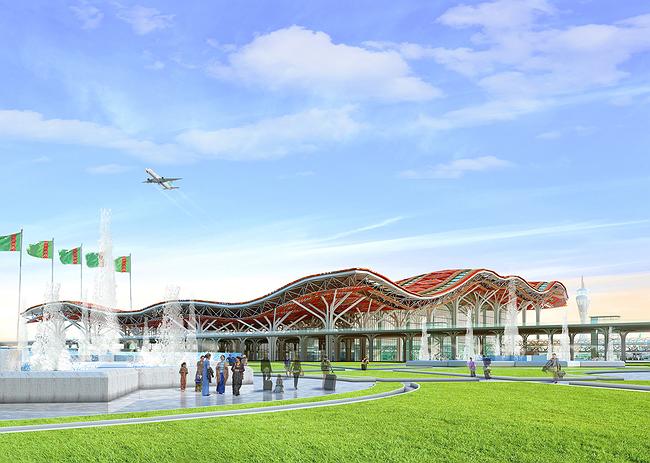 According to Studio 44, the main floor will feature cafes, stores, information offices and waiting rooms. The second floor is designed to be the airport’s arrival lounge while the third floor will be its departure lounge. They are going to place a few restaurants on the fourth floor. The spacious underground parking lot has an illuminated pool on top with its bottom decorated with national tracery as well. 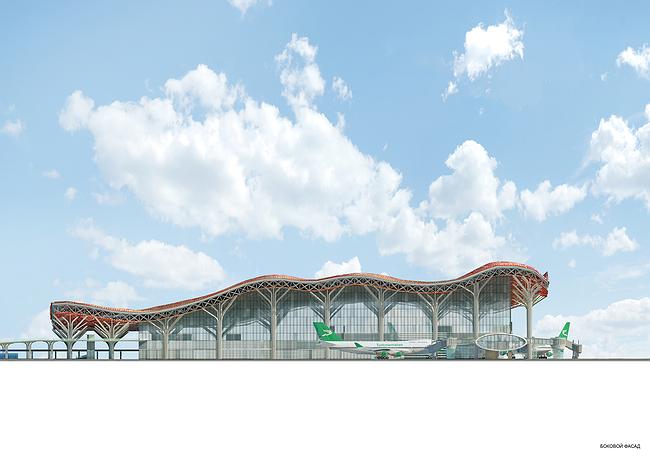 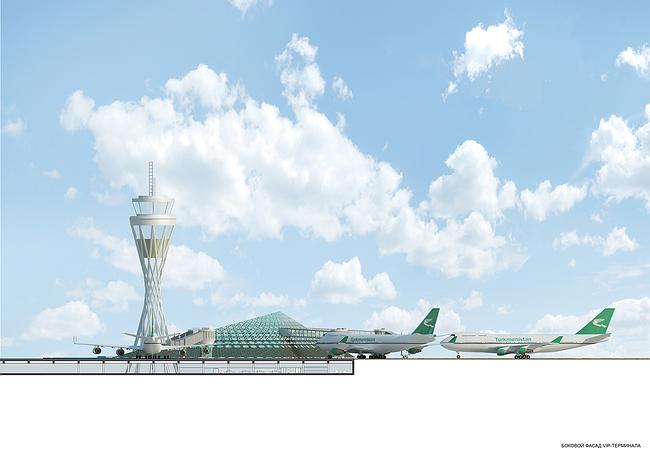 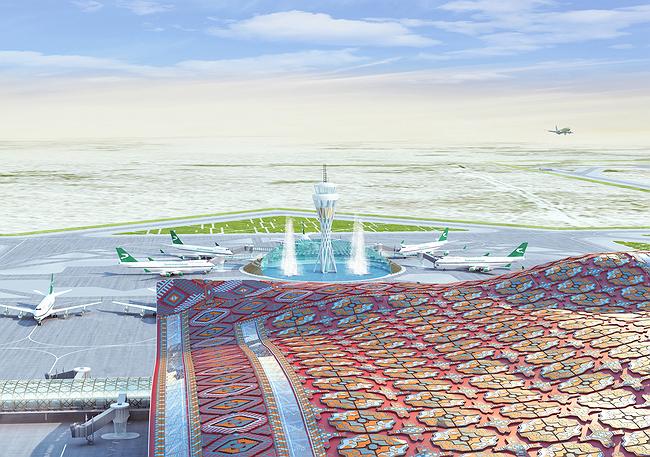 They want to build an additional VIP terminal (featuring a fountain) with an underground entrance for better safety. 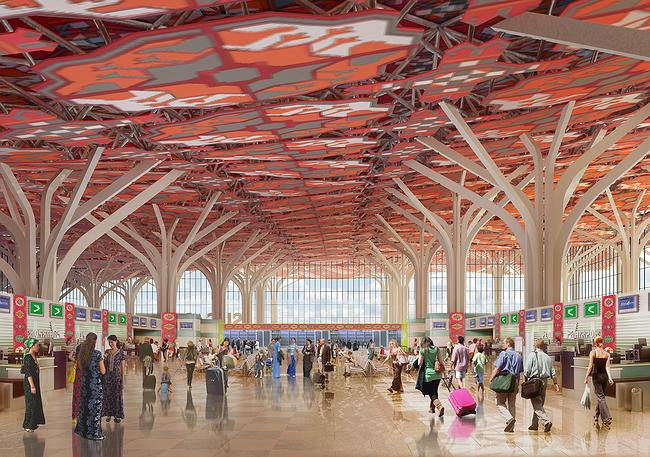 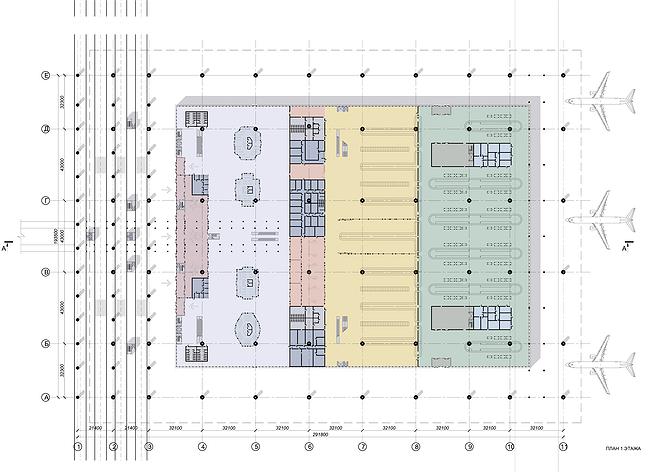 3 thoughts on “Crazy About Carpets”