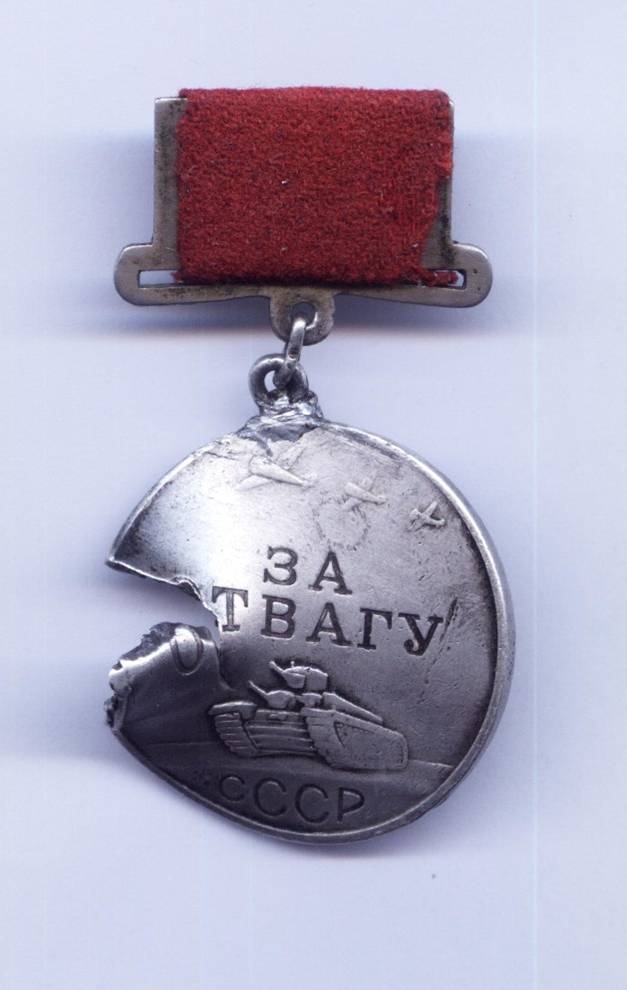 “For Bravery, the USSR”.

There are many interesting things left after World War II which can be found not in military museums but in private collections. These ones were found in the collections of Russians. This is what a bullet hole looks like on the helmet. By the way, this helmet is able to protect one’s head only when the splinter hits it at a sliding angle… This helmet was also found in a private collection of a Russian collector. This helmet has bullet holes too and it had been dug out of the ground which makes it cheaper than regular helmets but ensures its authenticity. The point is that Poles began to fake WWII helmets long ago (back in the 60s). This helmet was used in winter. German soldiers had to paint their helmets white because they didn’t expect that they would have to fight in winter surrounded by tons of snow. This order says “For Hard Drinking”. It was introduced by Peter I in 1714 in oder to fight against drinking. The order has a weight of 6.8 kg (without chains!) and was to hang on the neck of the drinker for a week. A spoon with a hole in it. This thing is called SS screw (or just a ring). This SS belt buckle was found on a blood-stained German military uniform with a Soviet bayonet sticking out of it. Another SS bucket and an identification token. This helmet is peculiar because it has through holes in it (they are bigger as a rule). This is a bullet hole left by a Finnish sniper. “All they that take the sword shall perish with the sword” is the best saying to describe the photograph. Eventually, pieces of metal may grow into the tree. This is what happens when someone sets off an explosion near you.