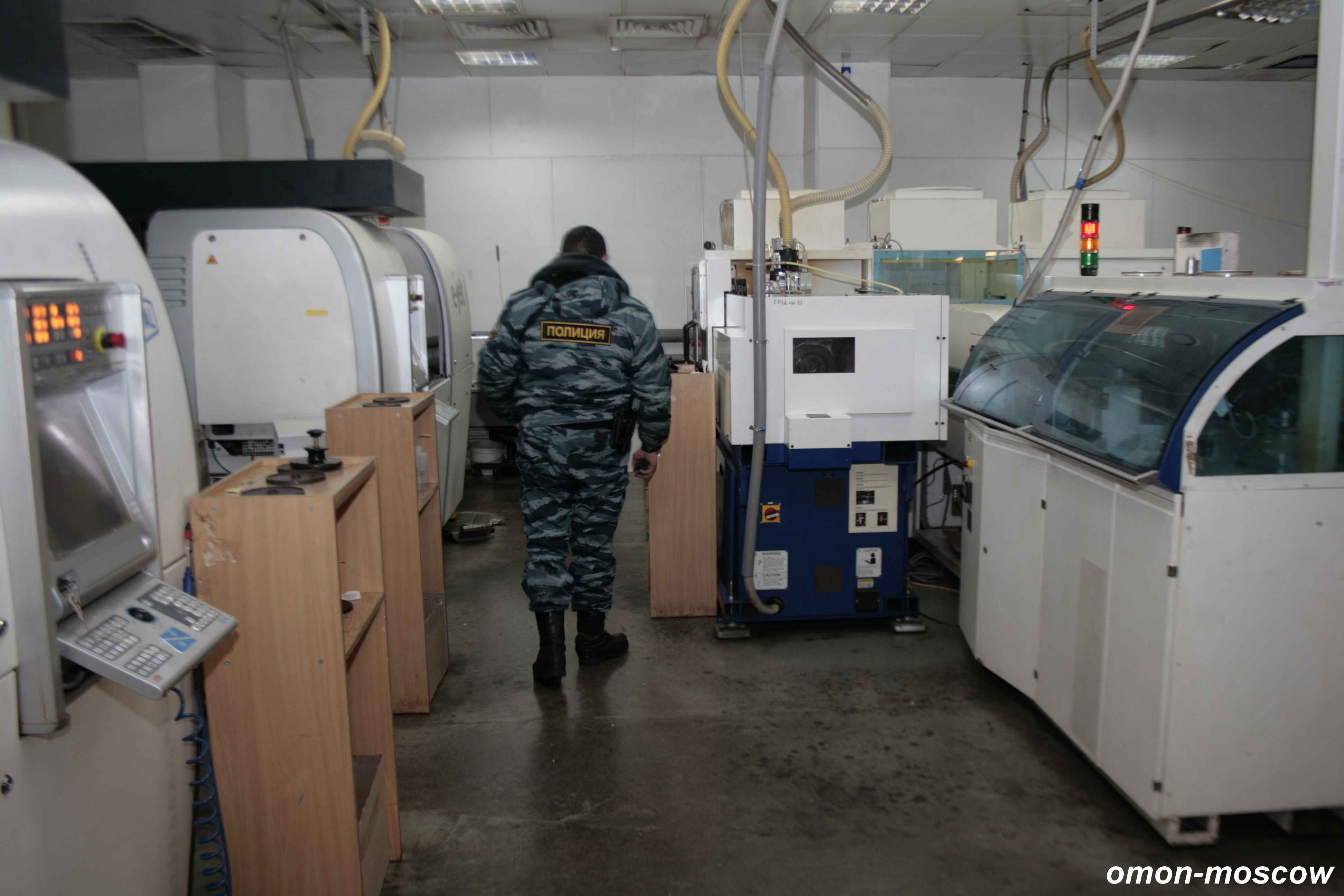 “Members of a riot squad from Moscow have put an end to the activity of a factory producing counterfeit video, audio and computer copies in Tver”.

Not everybody knows that behind this short sentence lies a lot of work and long hours of preparation.

Work of members of the riot squad began at 6 a.m. after necessary instructions and arms distribution. They knew that they were going to Tver to work with counterfeit production, and the operation could last for several days so they had to take their sleep bags along. They brought their future witnesses from Moscow because it was a secret operation and even Tver police was not informed about it. It took them about 4 hours to get there. At sunset, they were given final instructions and learnt that their main task was not to let the criminals destroy their matrixes and archives because they were to be their main evidences of the crime. They were to enter three buildings at the same time: a storehouse and two production departments. They had to work fast and within legal boundaries. Those who organized the production were rich and would hire best advocates to protect themselves in court. Five minutes later, the operation began. The factory they were going through was abandoned and half-destroyed. It looked like a city which had had furious and protracted fighting for a long time. Despite all that devastation, the production department was well equipped and featured magnetic latches and surveillance cameras all over the building. When the riot squad entered the building, workers of the factory raised the alarm and tried to block the door with a barrel with oil but they failed. They brought all the staff together at the anteroom and asked them to turn off all the production machines to avoid a fire or an explosion. Then, it was time for a long interrogation. They expected a cover-up to appear but since it was a riot squad from Moscow, it was a lawyer who showed up. They found out that many years ago this factory produced licensed video and audio copies. Owners of the production later realized that it was much more profitable to produce counterfeit copies so they set up production of high quality counterfeit disks and covers which looked just like real. Their products made up almost 20% of all counterfeit copies of the CIS countries. They worked non-stop to supply all regions of Russian and CIS with their produce. This is where they placed a matrix and a mirror to produce a counterfeit disk. This machine was used to destroy counterfeit copies. They call it “crusher”. When the security of the factory saw the special police squad coming up, they started destroying boxes with their counterfeit disks but had very little time to finish it. Closer to the morning, they moved to the archives. Information they found in the archives was to be used in court. It contained names and addresses of the customers of the factory. It was morning and the members of the police squad were hungry. They got shawarmas and coffee. Their next destination was the storehouse. They had to count all disks, register, pack and load them on the truck. It was going to take them quite a while because there were over a million of counterfeit disks in the storehouse! It was mostly popular movies. Finally, they confiscated all the disks and sealed the building. It took them two days. They found over a million of counterfeit DVD disks with popular movies and TV shows which were to be delivered throughout Russia, Belarus and Ukraine. A similar operation took place in Moscow where they found five storehouses with over a million of counterfeit disks and a print shop where they produced packing for their counterfeit products.

Total damage caused by the criminal group is estimated at almost 2 billion dollars.