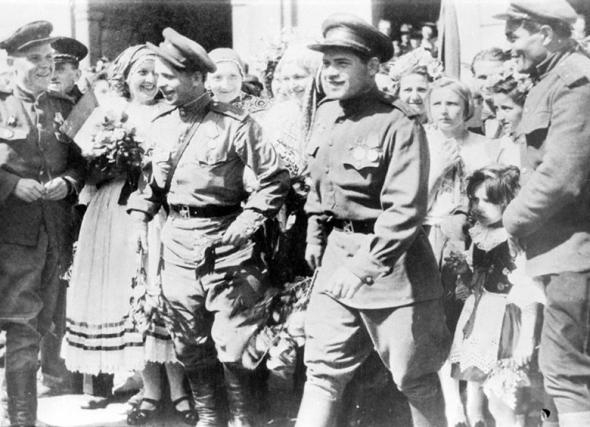 Below are photographs taken during World War II to capture people welcoming the Liberation Soviet Army. The Red Army has entered Sofia. Soviet soldiers and citizens of Sofia. Welcoming a Soviet pilot who has just landed in Yugoslavia. The Soviet Army in Belgrade. Marshal I. Konev in Prague. Soviet soldiers in the city of Rizhovskaya Banya. Welcoming the Red Army in Prague.

40 thoughts on “Welcoming The Liberation Soviet Army During WWII”