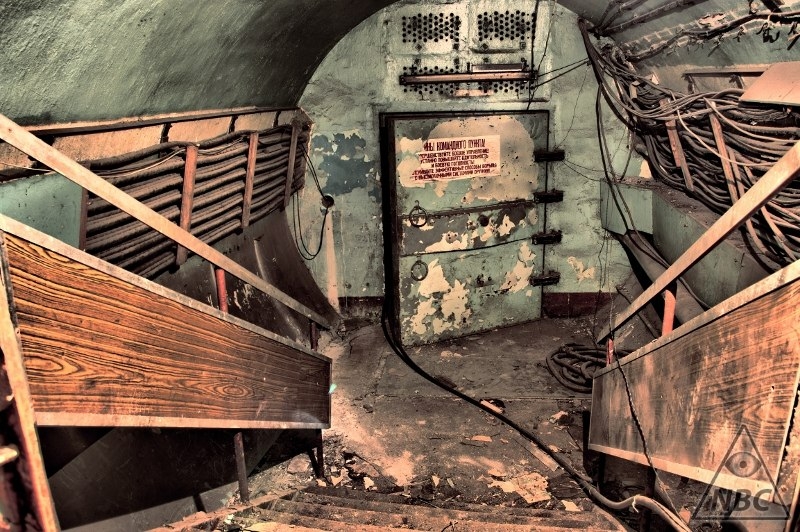 During World War II, Chistye Prudy Metro Station was used as the headquarters of the General Stuff of the Red Army. Trains would pass the station by and here they also placed an underground office of Commander-in-Chief Joseph Stalin. Later, they built a new bunker for their Commander-in-Chief. This place is unique due to both its architecture and history. The construction has a separate shaft with an elevator and staircase. This door leads into the bunker. Its communication center, filter-ventilation installation and entrance into the Metro. The lower level of the master unit. There are a bunch of rooms here. 6 thoughts on “Backup Bunker Of The Commander-In-Chief”