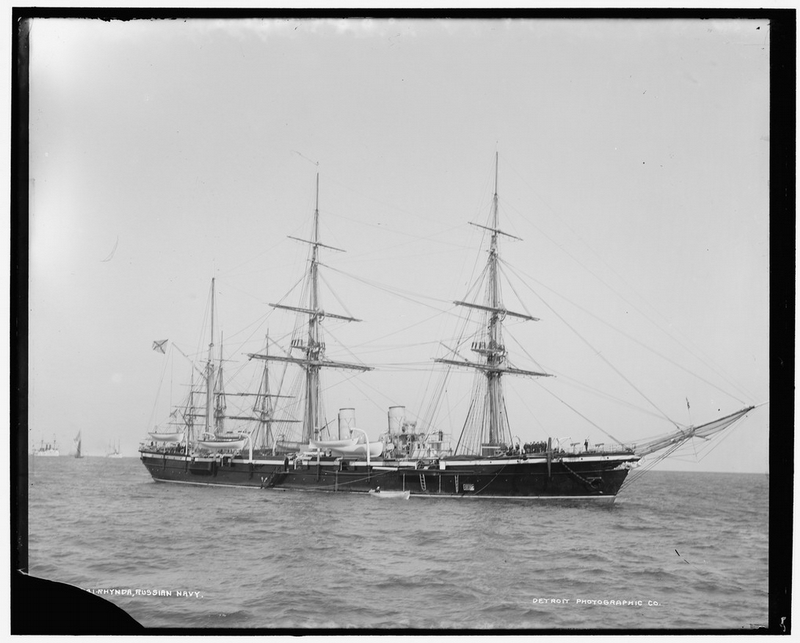 ‘Rynda’ is an armored corvette built for the Russian Emperor’s Fleet. It is one of the first ships in Russia with a steel body. In the end of the 19th century, they invested a lot of money into construction of armored cruisers and ‘Vityaz’ and ‘Rynda’ were the first to be made. Construction works began in 1883 and it was later that I. Shestakov, Minister of the Admiralty, demanded to protect the machinery and boiler departments with steel sheets of 1 to 2 in. thick. Increasing the weight of the ship, they had to decrease the amount of coal it carried. Steel masts were installed instead of the wooden ones. Serving out grog for the crew. Sailors and thier guests. Sailors participate in a boat race. Saying their good bye to the USA.