About 8 thousand years ago, a powerful eruption caused sinking of the Earth crust in the south of Kamchatka, forming a large lake with a maximum depth of over 300 meters. Years later, the lake became home for the largest red salmon run in the world. Spawning at Kurile Lake begins in July and lasts till March. Fish spawn at shallow waters and mountain rivers that fill the lake with water. Abundance of fish makes bears fish and gain fat even in winter.

Young fish stays in the lake for the first two years of their life to go to the Sea of Okhotsk. After that, it goes on a journey to the Pacific Ocean to go back to the lake that gave it life at age five. Entering fresh waters, red salmon stops eating and turns red. Its jaws enlarge and a hump appears. Its last kilometers on the way home are the hardest. It has to go up the river and sometimes crawl (literally) against its belly at shallow waters! The final obstacle on their way is bears.

Shedding the eggs into a hole, the fish awaits for a male red salmon to fertilize them. After the mission is fulfilled, the fish slowly dies protecting the eggs from possible dangers. These are bears of Kamchatka and they are happy to see first snow. 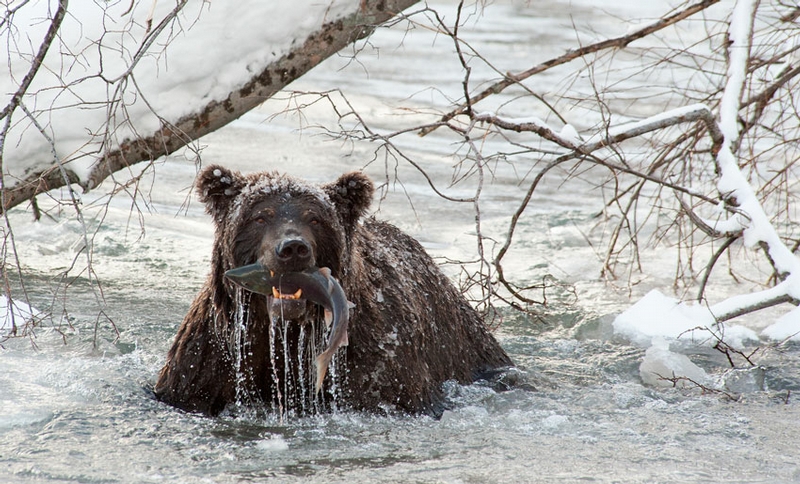 The saying about that man who does the work and seven who take the pickings would be perfect to describe what is going on here in Kamchatka. This is a mother bear with a fish she has just caught. And these are her children attentively watching her. Once the fish is in her jaws, the bears rush to get a piece! And sometimes, they succeed! A hungry mother bear has to eat what remains after her children. Very soon, these bears will go into hibernation. 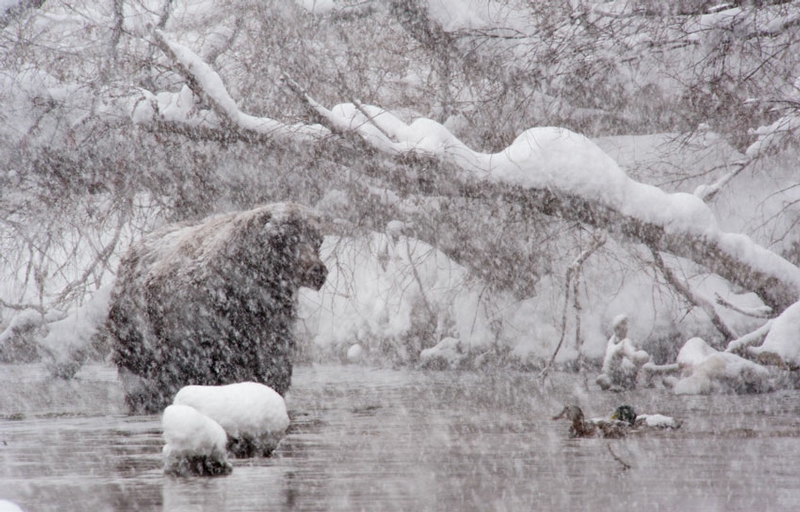 This pillbox is supposed to protect the photographer from bears while taking photographs of wild animals. 2 thoughts on “Wildlife Of Kamchatka In Winter”