Look through the small devices that were used by agents of KGB some dozens of years ago. A camouflaged gun in miniature. This electronic listening system was used successfully until it was found by KGB agents. The 4,5mm gun is hidden inside a lipstick. Another small gun in the pipe A small camera is hidden inside a pen. There is a recess in these sleeve-buttons; middle of the XXth century A coin with a recess inside; middle of the XXth century

A small camera that looked like a button, the 1970s Put one fastener on top of the other one and you will get a compass. 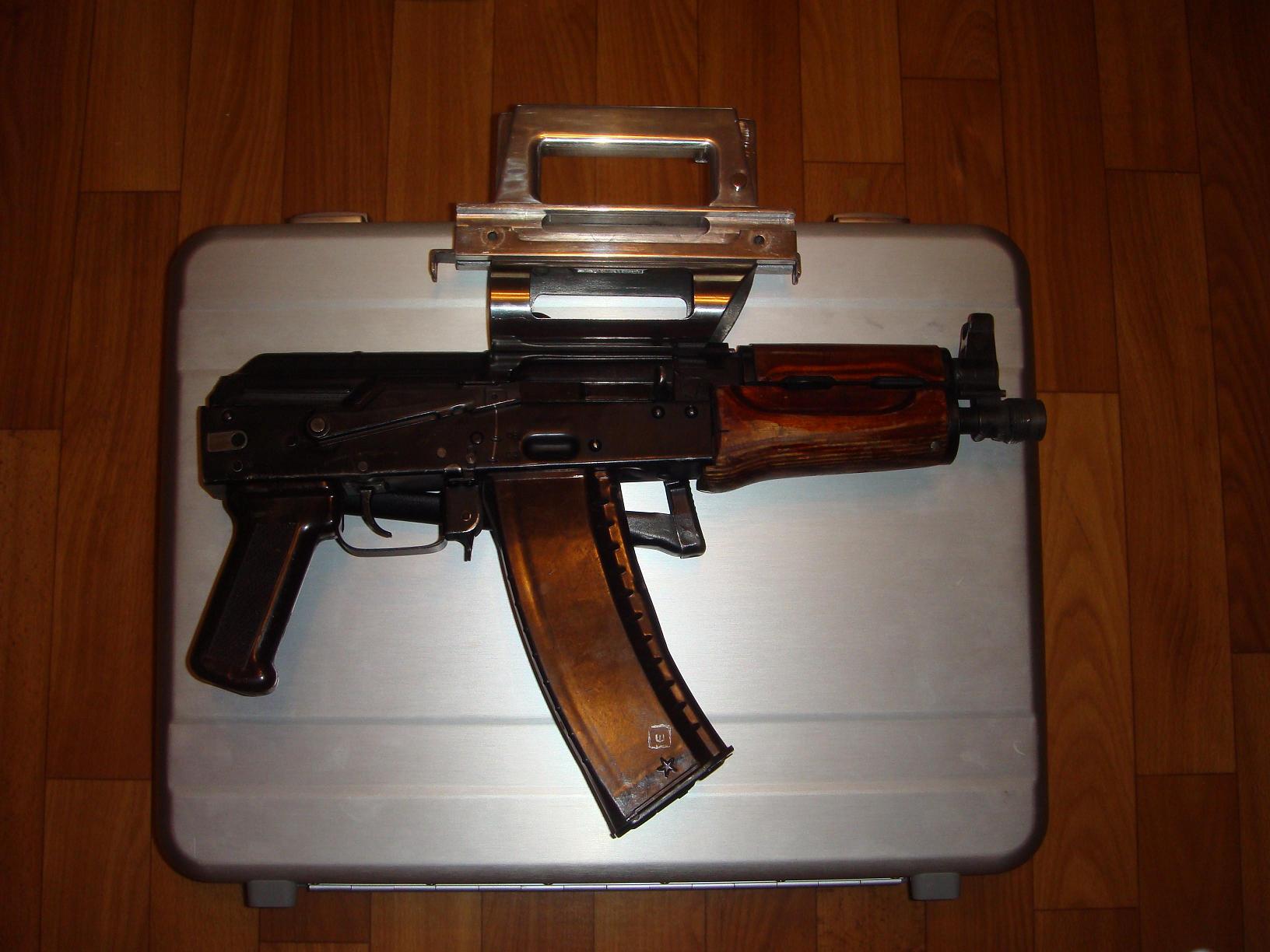 A case gun based on AKS-74U, it lets transport secretely the gun such as AKS – 74U or a hunting semi-automatic carbine Vulkan – TK 5,45х39.