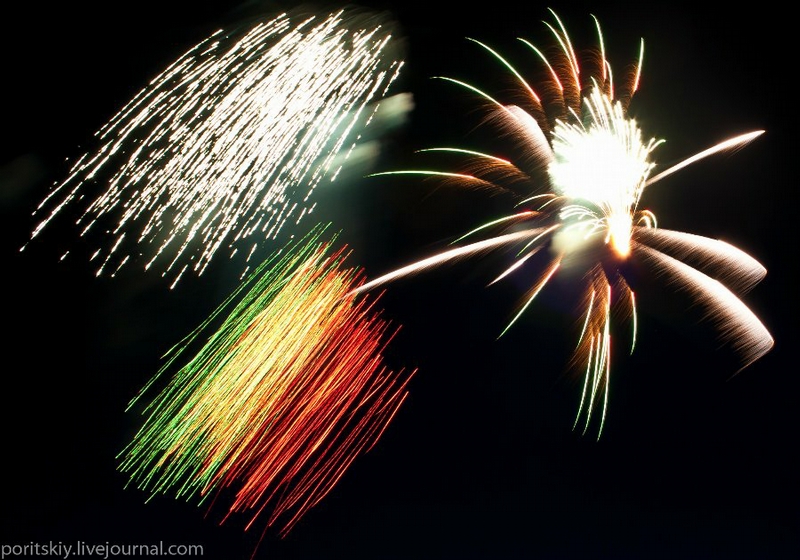 We all love fireworks. Let’s see what has to be done to make a good firework show. Preparatory works begin beforehand when they dig artillery mortars (metal or plastic pipes) to shoot from into the ground. Besides, the mortars go even deeper into the underground during the launching. Each mortal has to be loaded. The charge they load artillery mortars with is a bag with a fuse (paper pipe with a string soaked in black powder).

Into the fuse, they insert  two wires with a little drop that looks like the one from a Bengal light.

Then, all that has to be covered with a plastic film so that no water could get inside. They are situated in a trench that firework men dig for themselves. Through this ‘window’, they will watch the fireworks. This work is very dangerous and sometimes fireworks fire in the wrong direction which is fraught with serious consequences. Now they have to connect the control panels with batteries which will apply voltage to the wires which will spark thus setting fire to the fuse which will result in an explosion. It’s dark, so we can start the show! After the fireworks, firework men have to check if all the mortars have fired so the next day they could dig them out to bring to another place where fireworks are scheduled.

2 thoughts on “How To Launch Fireworks”