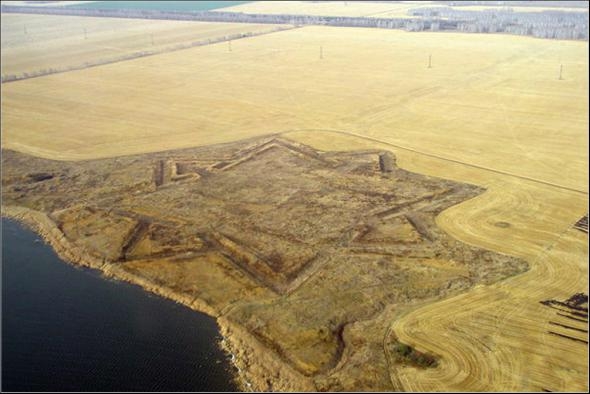 Mysterious trenches are found throughout Russia and are estimated to appear three or four hundred years ago. Some of them are perfectly straight and form a picture that can be seen only from a plane. They remain a puzzle which hasn’t been solved yet. You’ll never see this picture from the ground. Some say that in these areas, electronic devices don’t work or work in an oddly way and even birds avoid these places. Those who pitch a tent here to stay overnight, experience headaches and insomnia. However, some of such areas have been built on. There are several hypotheses concerning the origin of these anomalies. According to one of them, these are space launching sites built by space aliens. Another hypothesis runs that they were built by Old Russians who knew ballooning and used pictures for navigation. An attempt to balloon is described as taking place in 1731 but it wasn’t successful. A lot of old legends tell about people who wanted to make wings for themselves to be able to fly. They were made of wood, suede, wires and feathers. Some believe, that people used to fill these trenches with some sort of powder. After they lit it, smoke from the fire rose into the air copying the picture which could be seen from the ground.

22 thoughts on “UFO Signs In Russia?”