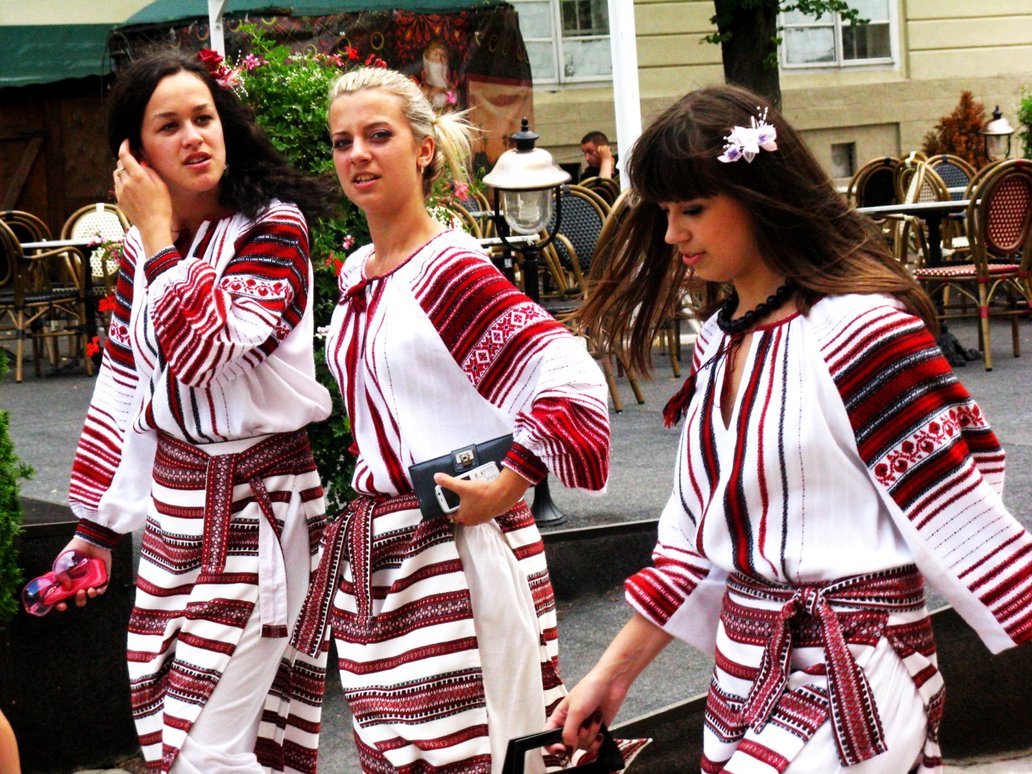 Lvov- is one of the most beautiful cities in Ukraine with a historical part that is comparable to an open air museum. No wonder the Ministry of Culture and Tourism gave the city the title of the Cultural Capital of Ukraine. The historical center is a part of the UNESCO World Heritage list. It is not surprising that the city has the largest number of monuments in Ukraine, counting from the sublime “Royal City” to the strange “Bandershtadt”. It is a wonderful city where anyone can find something interesting for himself. Here are a few things one must do or take part in when visiting Lvov – The City of Lions. 1. Visit the Lvov Chocolate Workshop. Lvov has for a long time been famous for its chocolate, which is exported to various countries in Europe. Thus while there its advisable to try out the locally handmade chocolate. The selection is amazing and also includes the best gourmets. From a variety of candies with fabulous fillings to a copy of the Lvov City Hall- all made from chocolate and weighs a whole 11.5 kg! A favorite is the chocolate Kama Sutra. 2. Visit the Kriivka. A legendary restaurant styled in the forest cache of the UPA Ukrainian soldiers. The interesting authentic interior design with automatic rifles and machine guns gets completed with the real Ukrainian cuisine. The dishes listed on the menu are sure to send a smile across one’s face. With such dishes having funny names like “freaks with a gun”, “hacked to pieces” among others. And as a warning one must not forget the code slogan to gain entry to the restaurant: “Glory to Ukraine!”, or else the strict security guard won’t let you in. 3. Visit the Lvov Opera and Ballet Theatre. One of the most famous and most beautiful opera houses in Europe. Its foundation stone was laid in 1897. The interior of the theatre is more beautiful than the outside. Even if you do not support opera productions or do not have enough time for it, getting in the building makes an unforgettable experience. 4. Take a walk in the “High Castle” park and climb the highest spot of the town. A 130-meter hill towers above the city. It was artificially made in the late 19th century in honor of the anniversary of the Union of Lublin. Thus in Lvov appeared this magestic observation deck that overlooks the magnificent panoramic views of the city. This hill is sorrounded by the green “High Castle” park, which gives the comfort of cool land and old trees right in the middle of the city. 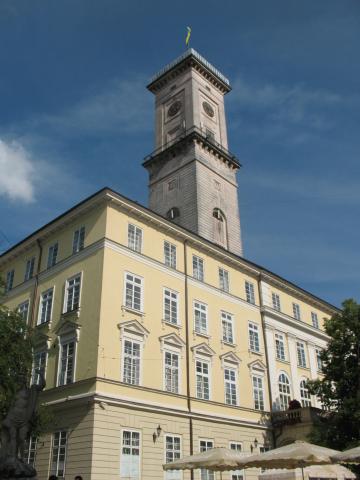 5. Climb the tower of the Lvov City Hall. After going through 408 steps, it is also possible to get a bird’s eyeview of the city. The Hall is one of the city’s symbols which boasts of a gigantic mechanical city clock, just like the ones in Vienna. The clock has been operational for more than half a century. 6. Visit the glorious Lvov coffee inns. Small cozy cafes are a business card for the city. These places made it be famously referred to as the coffee capital of Ukraine. Traditional Ukrainian coffee is usually brewed on Cezve- hot sand which lets the coffee to heat evenly. Even though this method of making coffee is labourious, the end result is worthy it. 7. Visit the pharmacy museum. In the historic district of Lvov, around the Market square is a house which has for centuries been the pharmacy of the town. Initiated in 1775, here you can find old pharmacy tools and instruments; first hand machinery for the manufacture of tablets, the press for juice extraction from herbs, antique cash registers, the alchemist laboratory among other things. 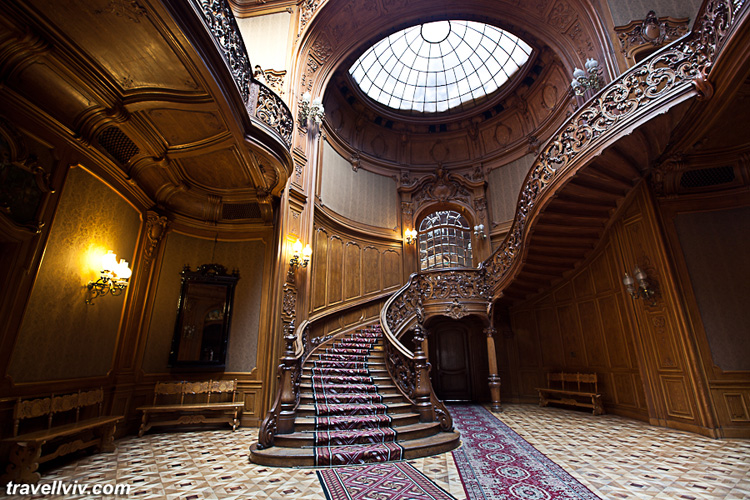 8. Visit the House of Scientists. This former aristocratic casino is located in the downtown area.The refined interiors  were used in the filming of famous motion pictures, including the legendary film “The Three Musketeers.” 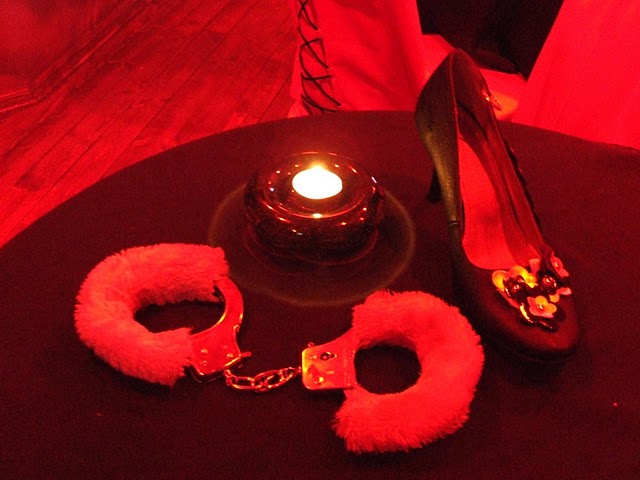 9. Visit the Masoch – Cafe. This could be dangerous for some people. The interior is appropriate for the theme. Filled with the various tools of masochistic pleasure, shade of red lamps, chair laced corsets and of course the “male” and “female” chairs with the corresponding surface relief. Served here are thematic dishes with names such as “sensual body”, “test of the masochist”. 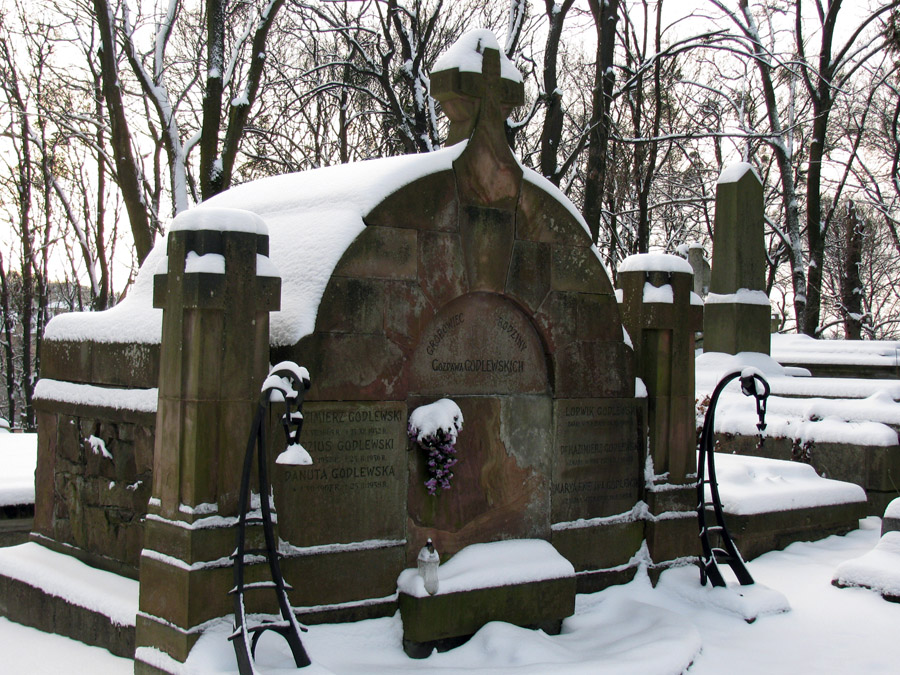 10. Take a walk through Lychakiv Cemetery. This is an intergral part of the city with an unconventional cemetery atmosphere. Founded in 1786, the cemetery is one of the oldest and most grandiose in Europe. There are more than 3000 rock tombs most of which are historic and cultural sites and with high artistic value. The oldest preserved tombs are the Lychakova dating between 1787 and 1797. The cemetery is so vast that one can easily get lost. On one of the richest tombs one can hear the chains ringing. From these chains the coffin is hung! 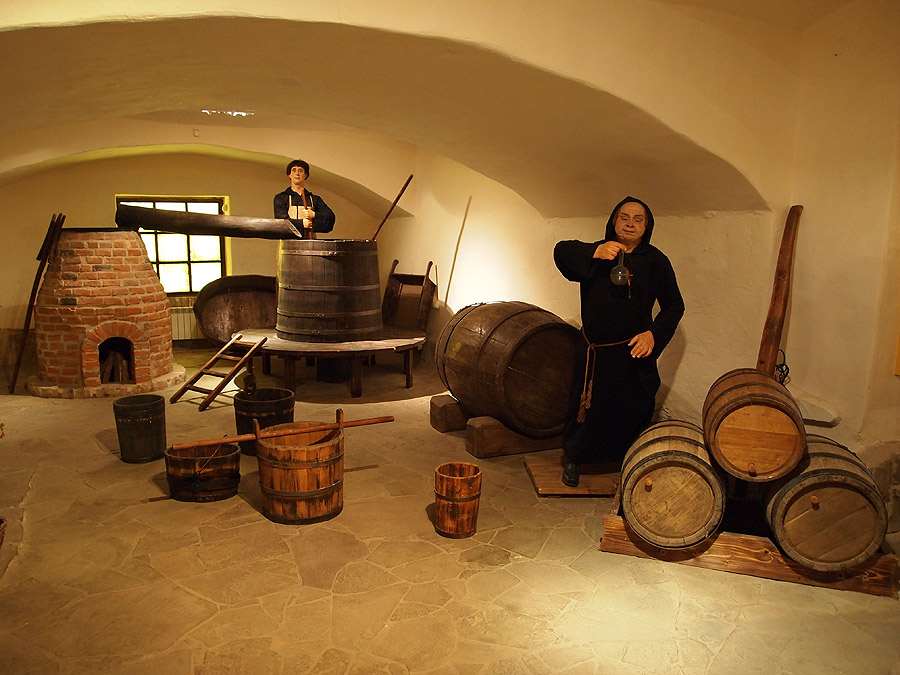 11. Visit the Beer Museum. A six-roomed museum with a total area of 600 square meters. It exhibits the history of brewing in Lvov, in addition to this the program allows one to watch a 10 minute film about the brewery. The museum also has a bar where thereafter the tour one can indulge himself in the art of beer- tasting.

Hope you discover more interesting places and sites in your visit to the City of Lions.