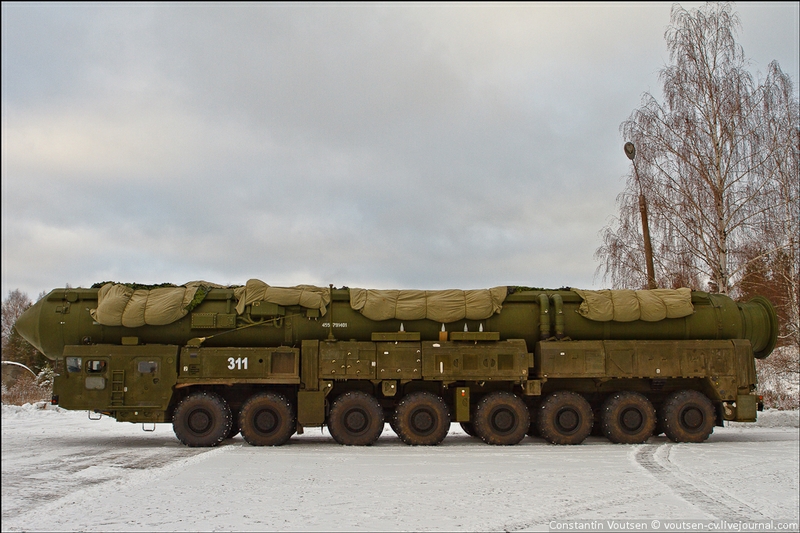 This ground-mobile missile complex Yars has an explosive power of 150 kilotons to 300 kilotons and is equipped with newest devices which make it indestructible for any potential enemy. It has an improved safety system and shows better performance. The RS-24 Yars was designed in the Moscow Institute of Thermal Technology under the direction of Yuri Solomonov. The RS-24 is an enhanced, MIRVed development of the Topol-M missile which allowed to shorten its production time. The missile-complexes are kept in facilities with sliding roofs to be able to launch a rocket at any moment. In July, 2011, the personnel had retraining courses in Plesetsk. Both the division commander… The Yars, Topol-M and Bulava missile complexes present the military might of Strategic Nuclear Sorces of Russia. Initially, there were more photos of the Yars but after the Federal Security Service officers checkup, many of them became lost for ever.