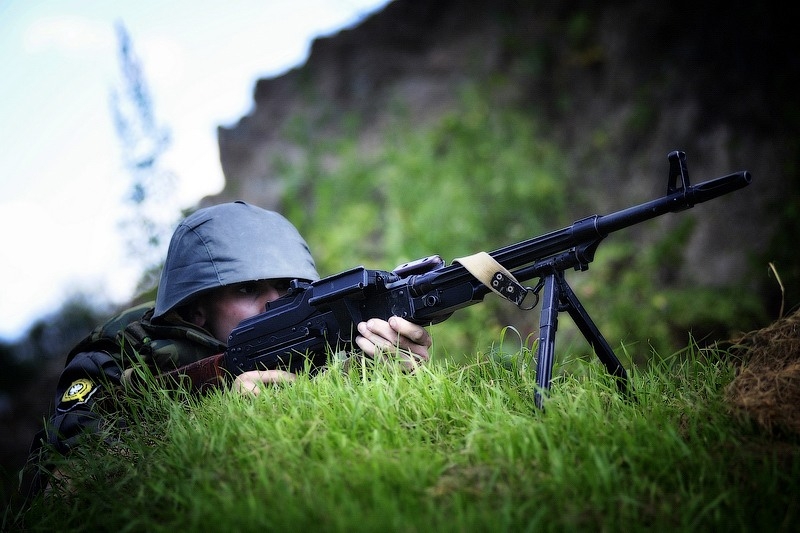 Soldiers of internal military forces are people who guard safety of others every day, they patrol streets maintaining order during public events, detecting and arresting armed criminals. The newest modules are intended to accommodate soldiers in the field conditions. Are they going to shoot the Cosmic Wars film here? This the is the most modern polygon in the Primorsky region. They don’t use tents any more. The modules can embrace up to 50 people, they have electrical heating, a separate dining room and an  ammunition storage facility. Right now 7 such modules are installed, 3 other modules will be mounted by the next year. Officers believe that soldiers need to devote all their energies during battle training instead of trying to survive in tents. A tent can be used for 2 seasons only while the modules are exploited for 40 years. Learning how to use small-arm weapons. After an order obtained all the soldiers on the polygon started shooting simultaneously leaving a great impression.