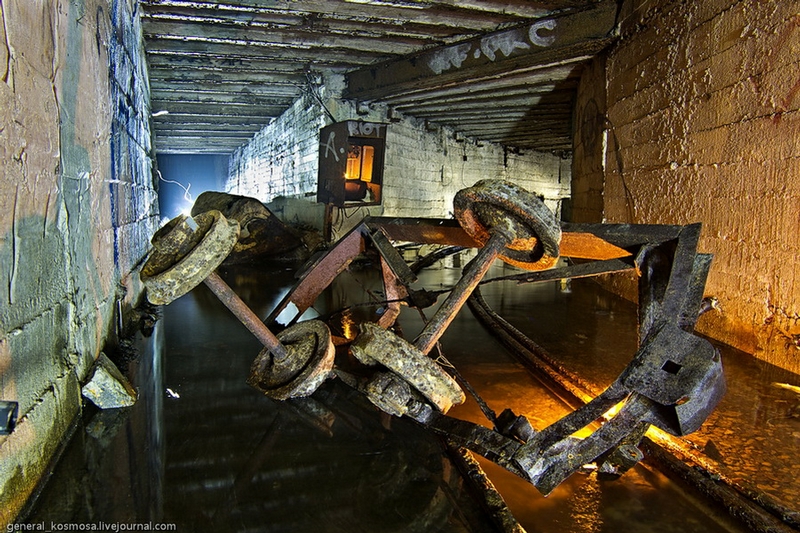 They needed construction material when they were building Odessa. Since there are shell rock deposits in the area, which is great for construction, they extracted it chaotically, which resulted in appearance of an entangled  3000-kilometer underground tunnel.

So, we’re in a drainage which connects to abandoned bomb shelters, old galleries and stone pits. This is a waggon they used when they were building the drainage. This Odessa mini-underground was built in the 60s. It’s not used though. In some places drainage archs are just hollowed out in shell rocks. An old gallery with clear water. What is the purpose of these pipes? This is an entrance into an abandoned bomb shelter. This is an underground storage of either a winery or a cognac house. Here they would keep tuns and, apparently, someone tried to sell their bands as ferrous metal. One of the tuns which is still here. In this room all tuns are disassembled. This passage leads to the surface. This staircase connects bomb shelter with the building on the ground. A filter-ventilation system in one of the bomb shelters. 1 thought on “Underground Tunnel of Odessa”