If you happen to be in the Crimea once, don’t forget to go to Sudak city which is rich in such splendid sights as the Genoese fortress. 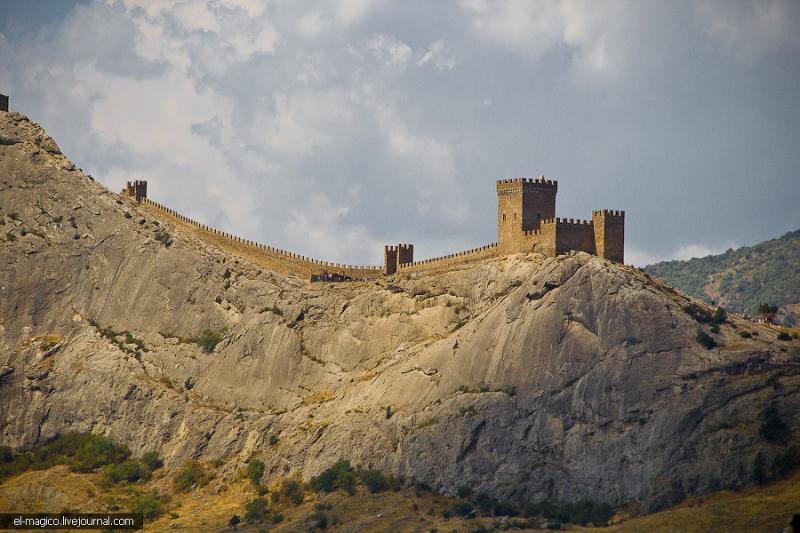 According to a legend, the fortress was built in 212. However, this information is not proven by any archaeological data. Many scientists believe it was created in the 7th century by the Byzantines. The Genoese people made their great contribution into construction of the memorial from 1371 to 1469. The fortress occupies 30 hectares of land. It was impossible to capture the fortress due to an excellent position it occupied. An observatory was located on the highest part of a reef. Every consul who used to rule here built a tower. A castle where the consul stayed is seen in the picture. Ruins of the observatory. Walking here is not allowed. The museum of tortures. The headgears were intended for sinful women. A chastity belt is also there. Initially there was a mosque that was then turned into an orthodox church and later into a catholic cathedral. Water was stored here and used in case of draught. 2 thoughts on “The Genoese Fortress In Sudak”