We have already told you about one of the dirtiest cities in the world. It’s called Karabash and is located in the Chelyabinsk region. 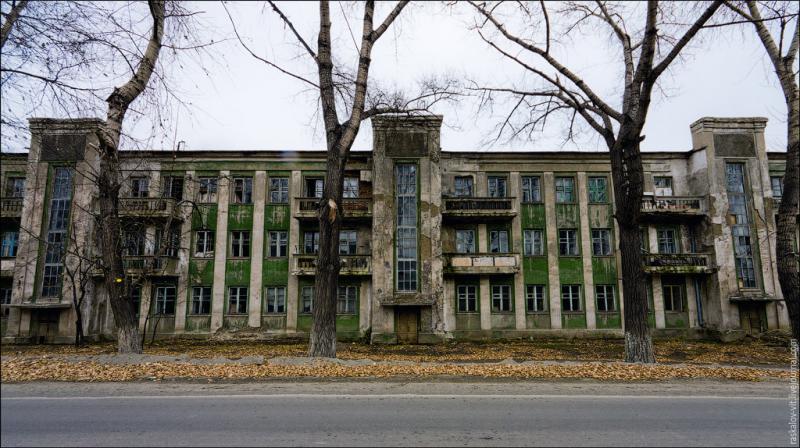 The place embraces a copper plant where metal has been smelt for over a century. Nobody thought about ecology that time. In the result, Karabash became one of the dirtiest places on the planet. Installation of new equipment decreased harmful emissions twice. That is what the place looks like when viewed from the plane. The Argazinskoye water-storage basin is located 10 km away from the city. This is a former cinema, its back part is completely destructed. Some time ago this used to be a residential area but the place was abandoned because of severe emissions produced by the plant. Though this very house in the picture is abandoned, many similar houses are still inhabited by people who live 100 meters away from the plant. When emissions are especially abundant, people lose their consciousness, have headache and nausea. The river is yellow because it is rich with iron. Its concentration exceeds normal values almost 50o times. Life in Karabash is worse than life in Chernobyl as citizens of the latter get compensation from the state. Inhabitants of Karabash want their pension age to be decreased as nobody here lives too long. They say they have nowhere to go and have to stay here. Look at the earth surface and you will notice traces of chemical erosion. Local inhabitants know what it means to have acidic rains. When it’s raining it’s hard to breathe. Men here die at the age of 45 and earlier. For over than 100 years of work the plant burnt and destroyed a vast nearby territory. It vents over 180 tones of gas in the atmosphere annually. The gas which is transformed into acidic rains irrigates adjacent territories. In 2004 temperature regimen in one of the furnaces was changed and led to a huge emission into the atmosphere. Before that there was a rain that destroyed every plant around. The forest was all yellow. Many people die after two months of working at the plant. All kids are coughing because of bad ecology.

31 thoughts on “The City That Kills People”