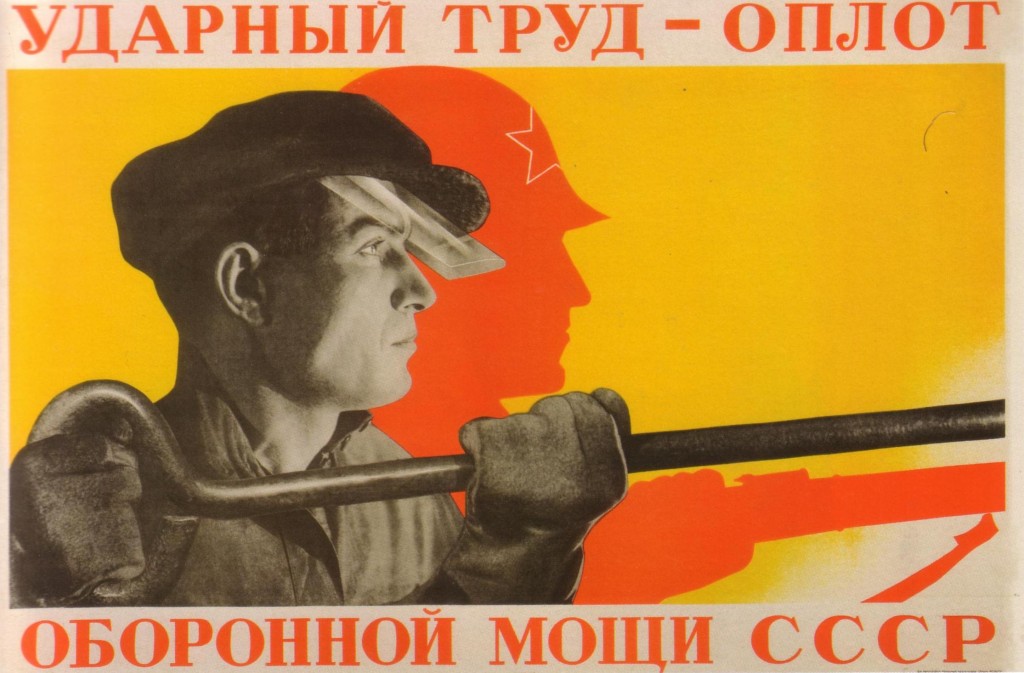 High-powered work is a bulwark of the defence power of the USSR. 1941.

With these posters and slogans, they would raise the spirits of the civilian Soviet people during World War II, calling to hard work and complete dedication in the fight against the common enemy. 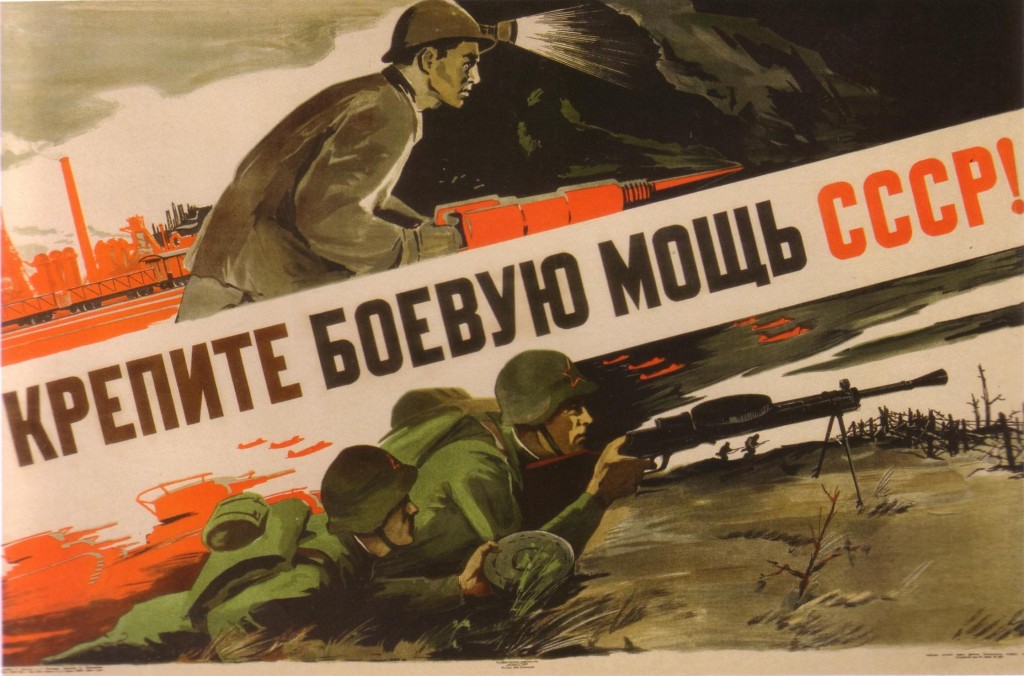 Increase the fighting strength of the USSR! 1941. 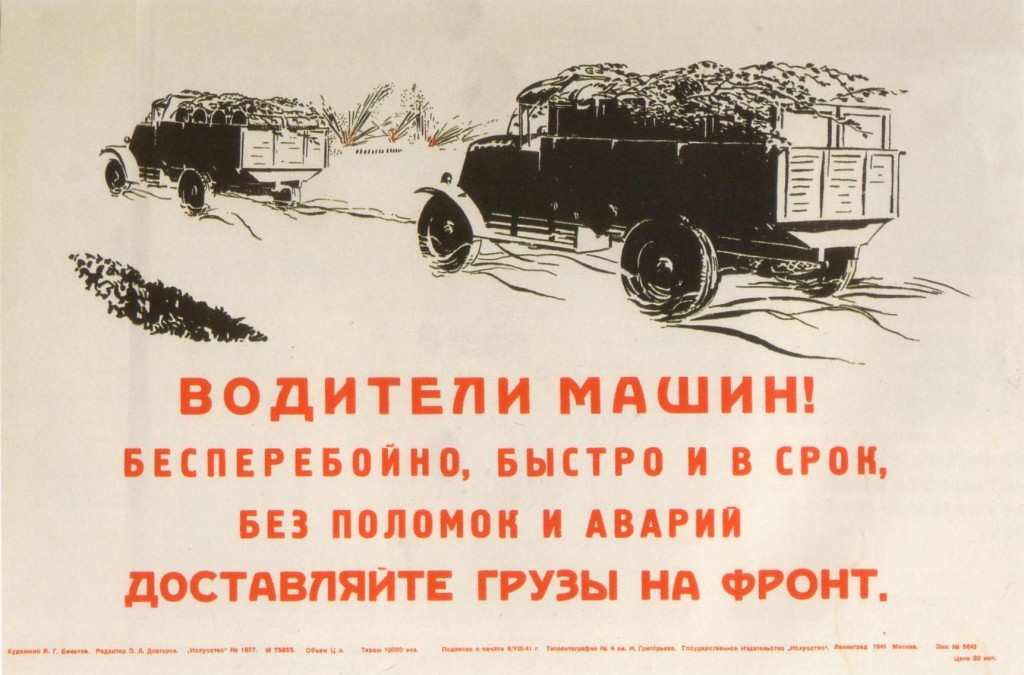 Drivers! Deliver cargoes to the front quickly and with no breakdowns and accidents! 1941. 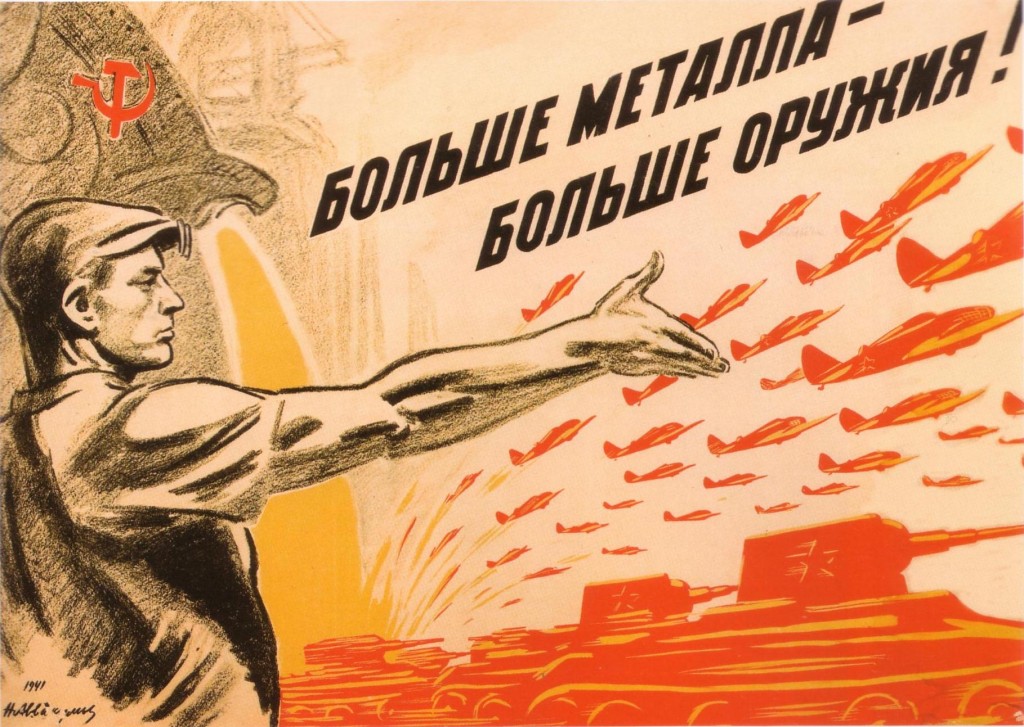 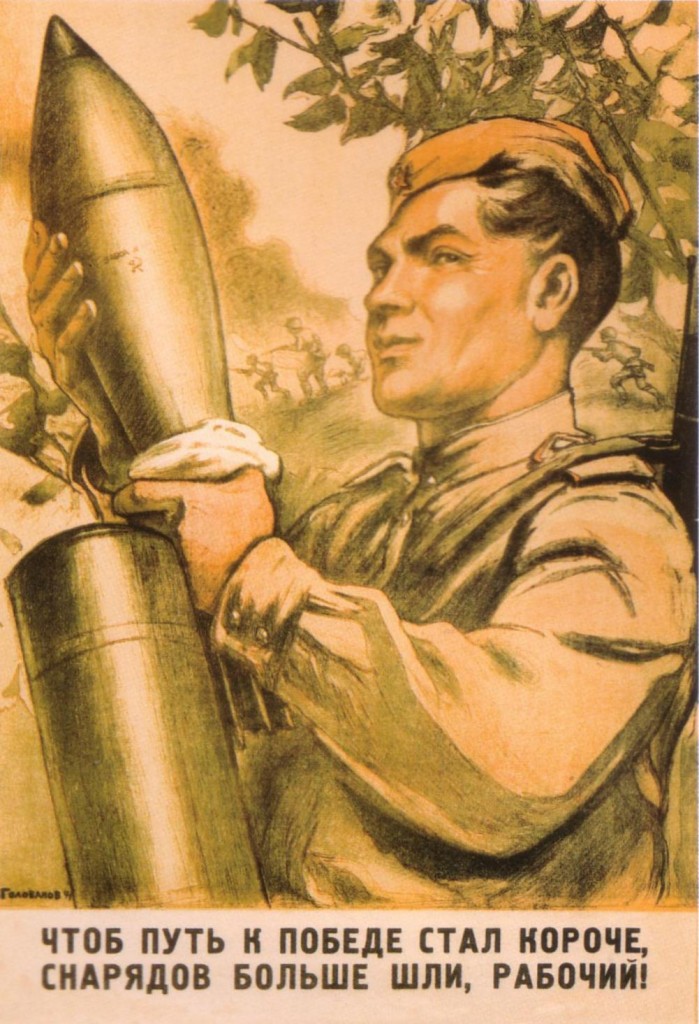 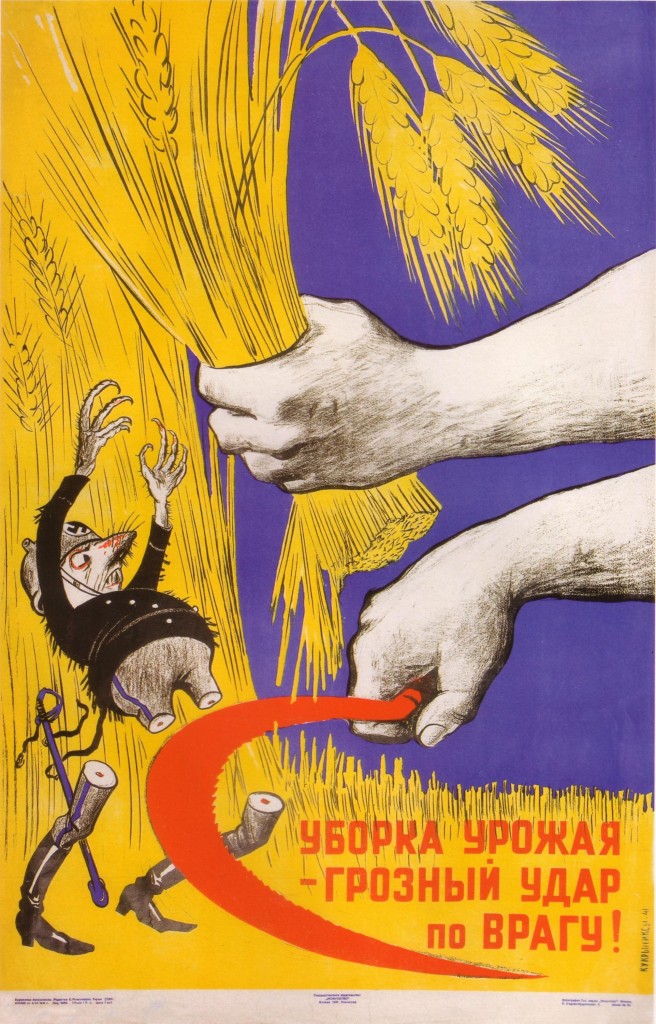 Good harvesting is a good attack against the enemy! 1941. 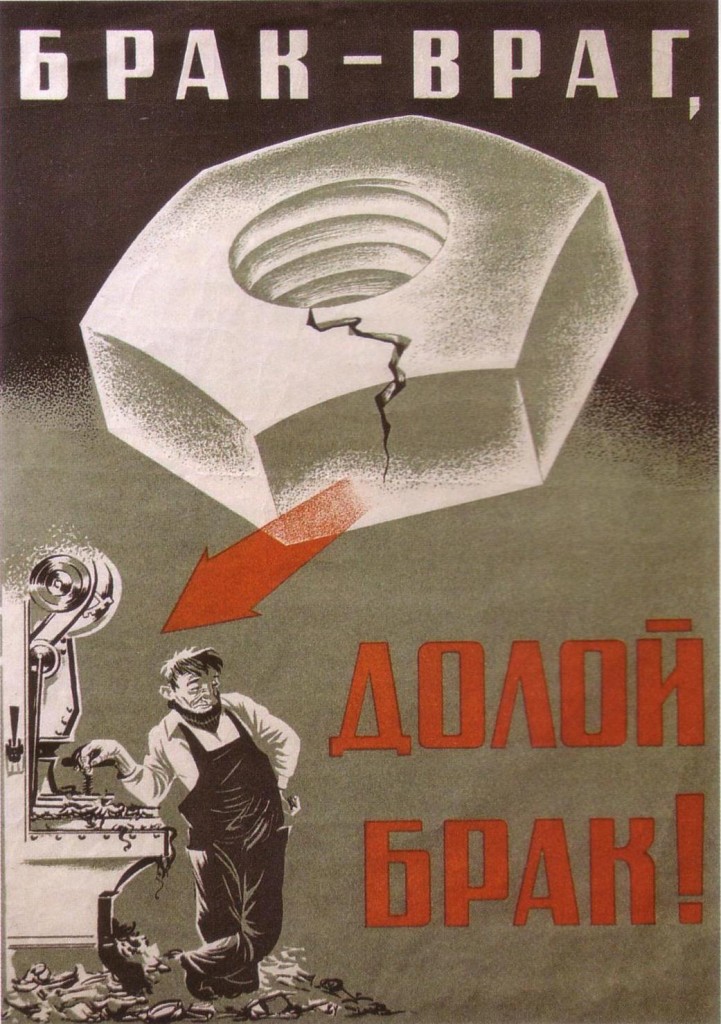 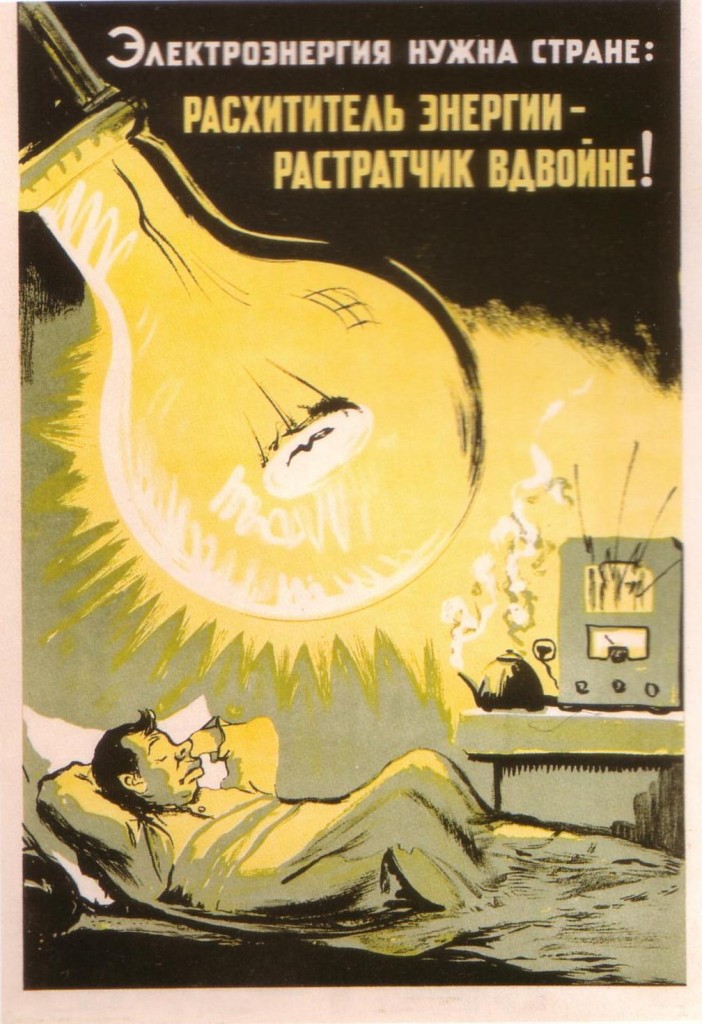 The country needs electricity. Those who waste it, are double wasters! 1941. 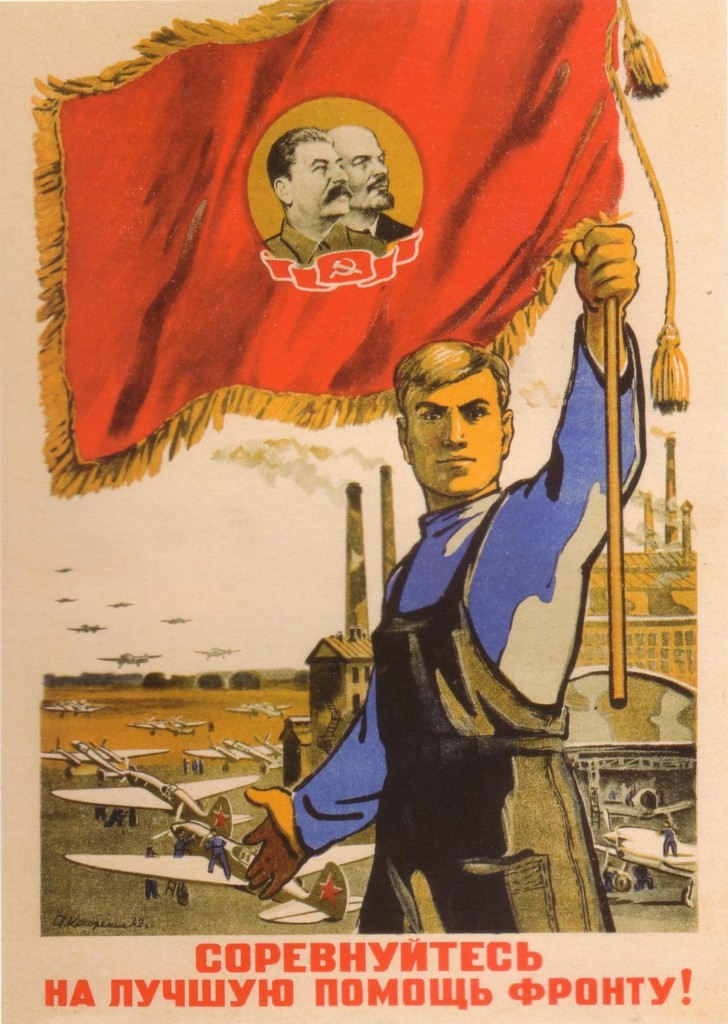 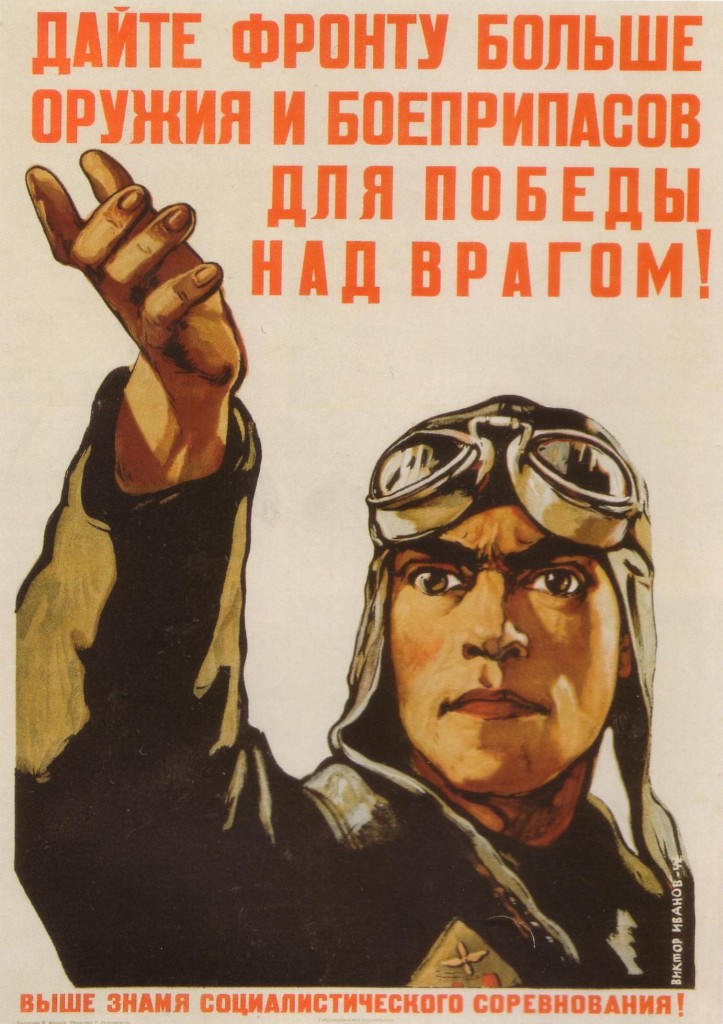 Provide the front with weapons and ammunition to help defeat the enemy! 1942. 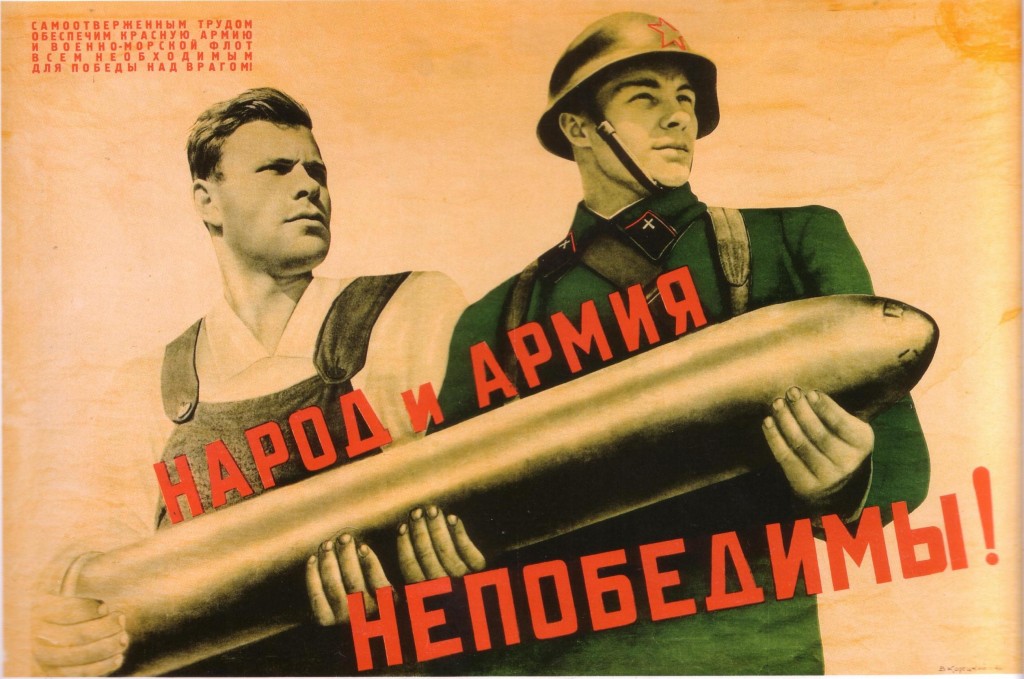 The army and the civilian people united, are unconquerable! 1941. 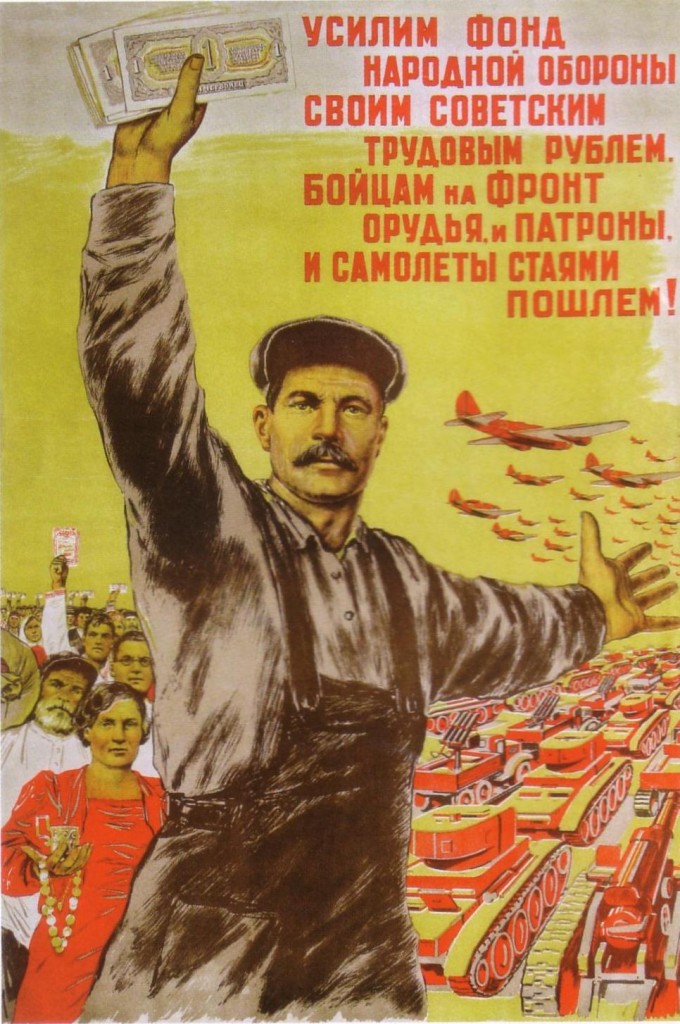 Help the front with money! Provide it with weapons, ammunition and planes! 1941. 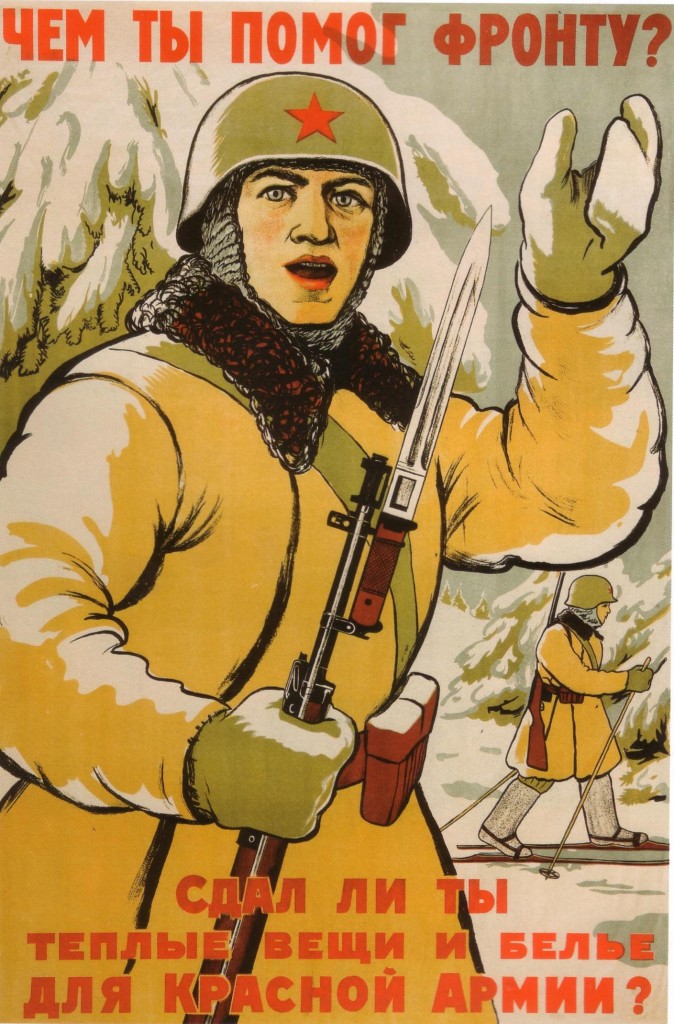 How have you hepled the front? Have you handed warm clothes in for the Red Army? 1941. 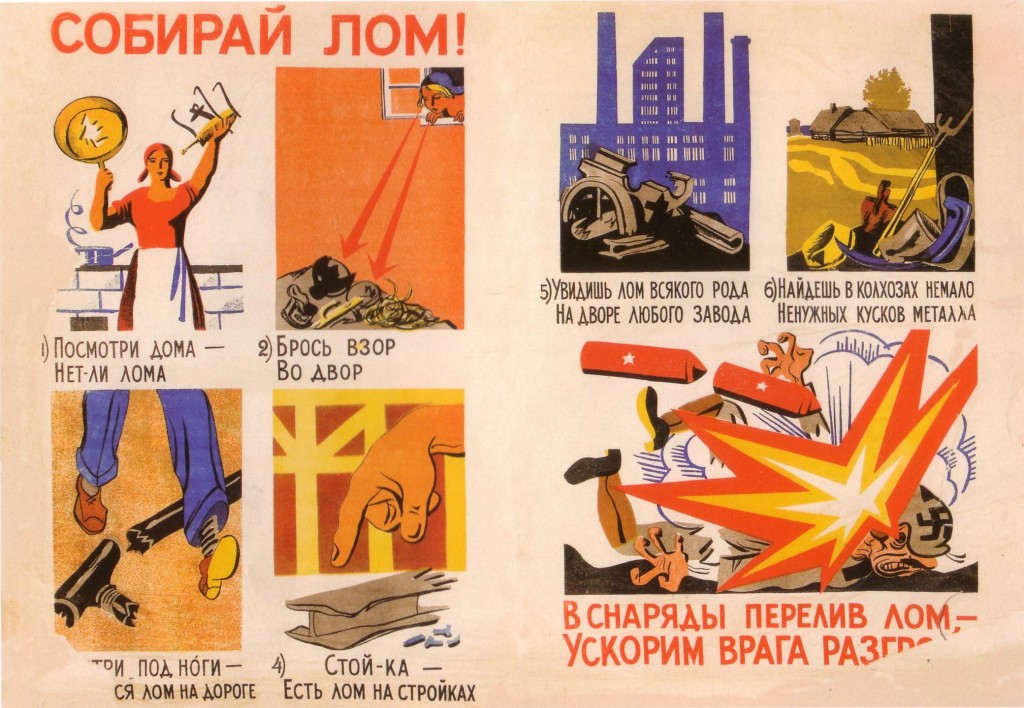 Collect scrap metal! Look around to check if there is scrap metal anywhere: at home, in the street, at a factory nearby, or a collective farm. Melting it to produce shells, we will bring the victory day closer! 1941. 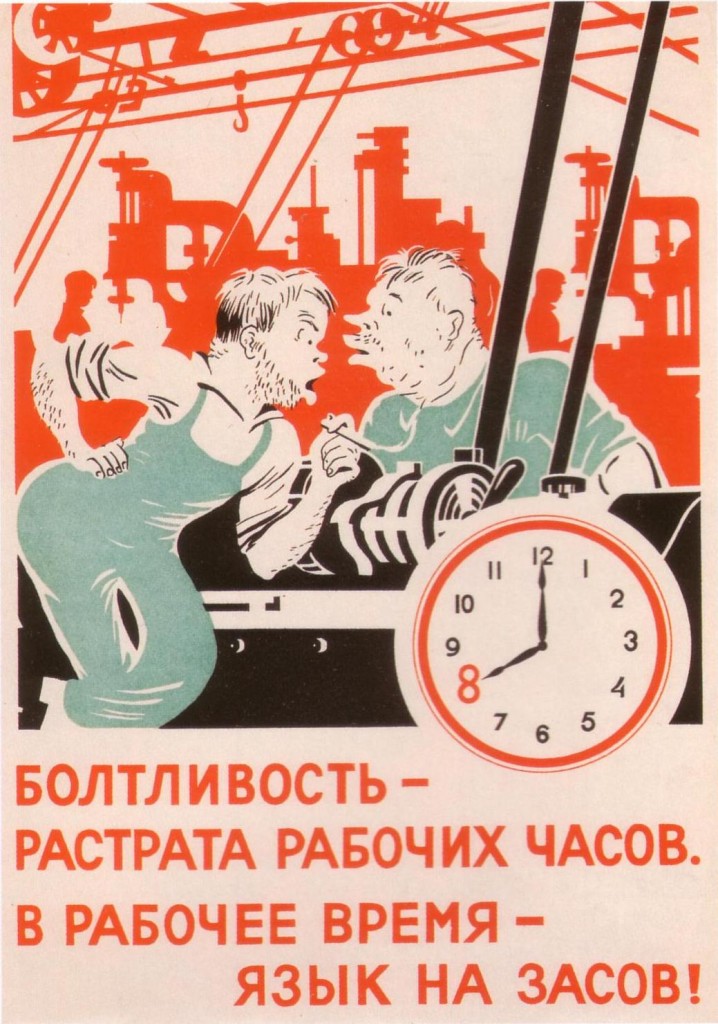 Garrulity is a waste of time. When you are at work, do not get distracted! 1941. 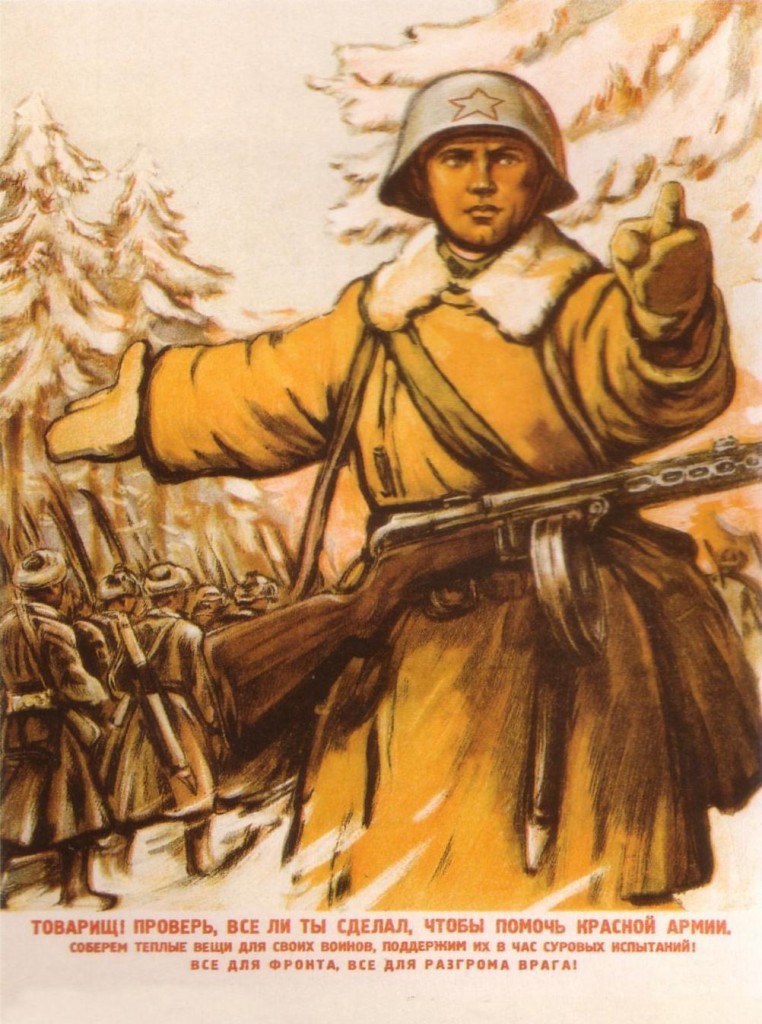 Comrade! Make sure you has done everything to help the Red Army! Collect and bring warm clothes to help the soldiers defeat the enemy! 1942. 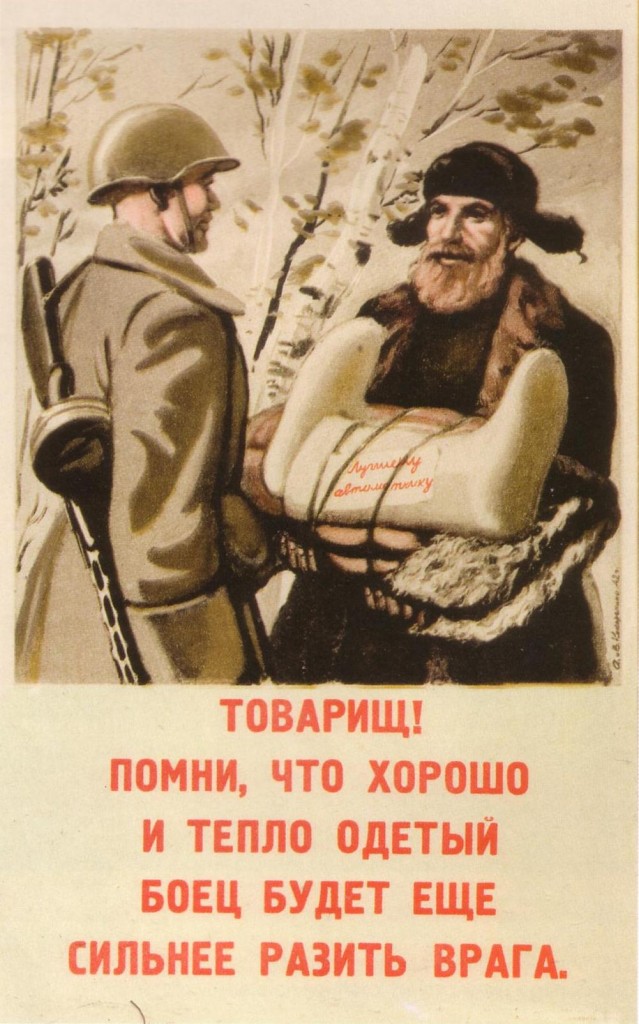 Comrade! Remember that a warm-dressed soldier will strike the enemy more violently. 1942. 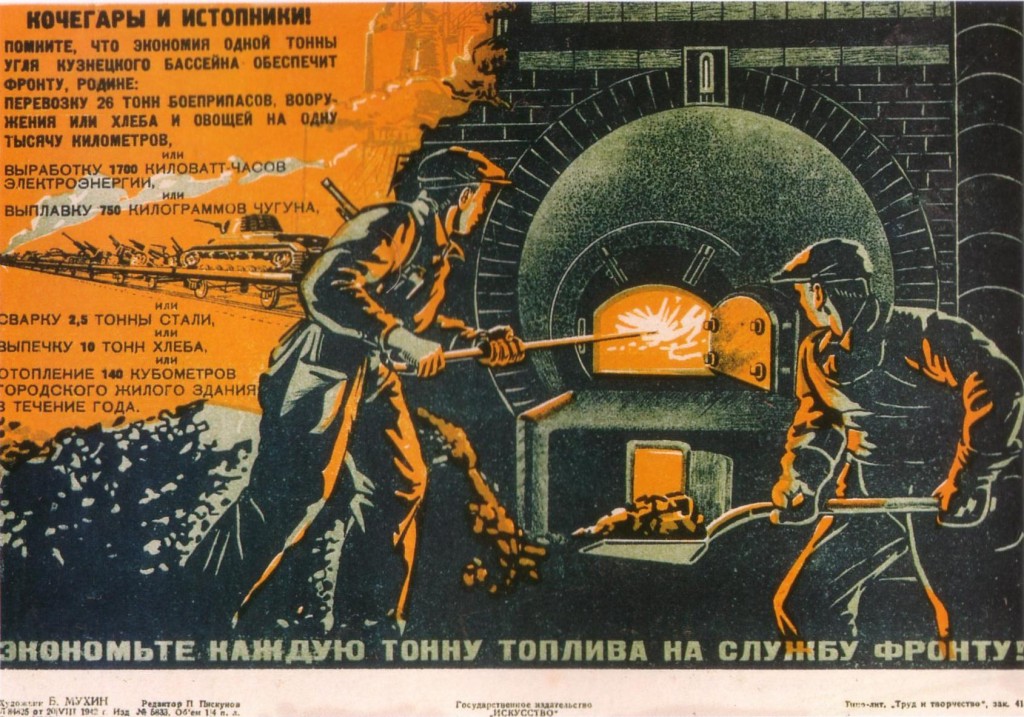 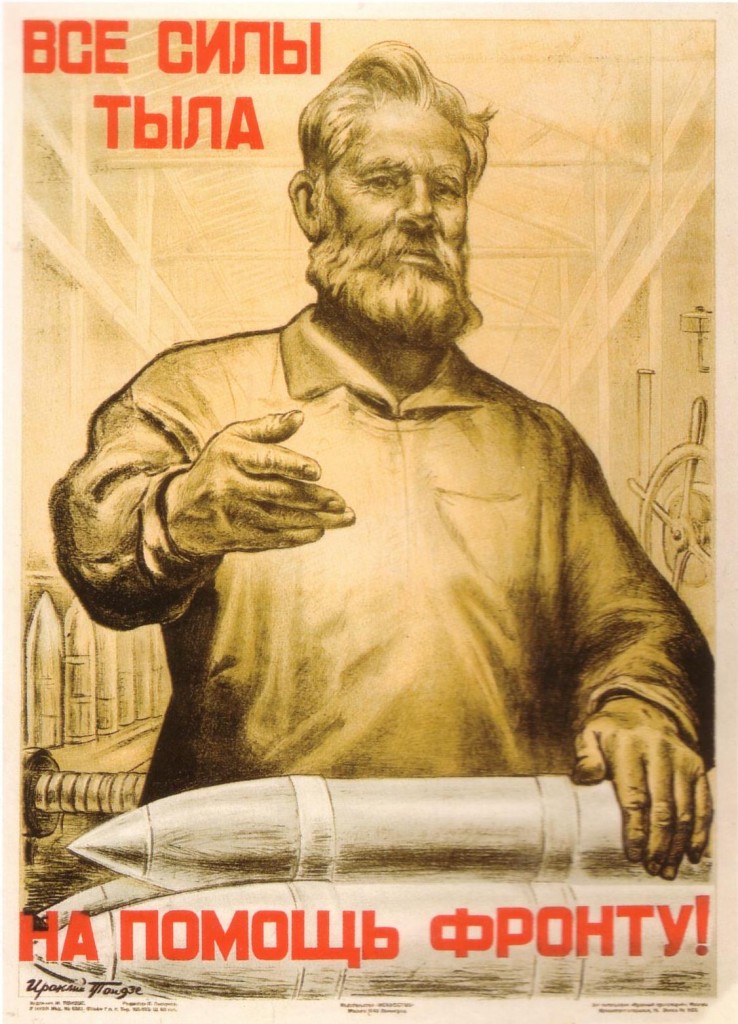 All powers of the home front shall be sent to help the front! 1943. 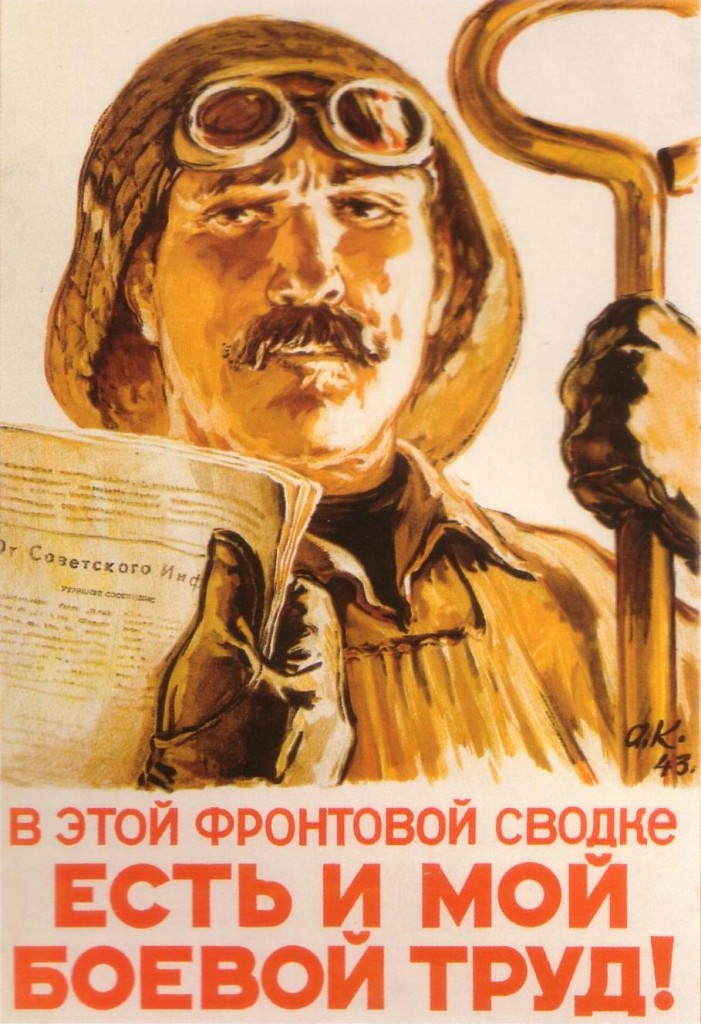 I have contributed to this report about the achievements of our army! 1943. 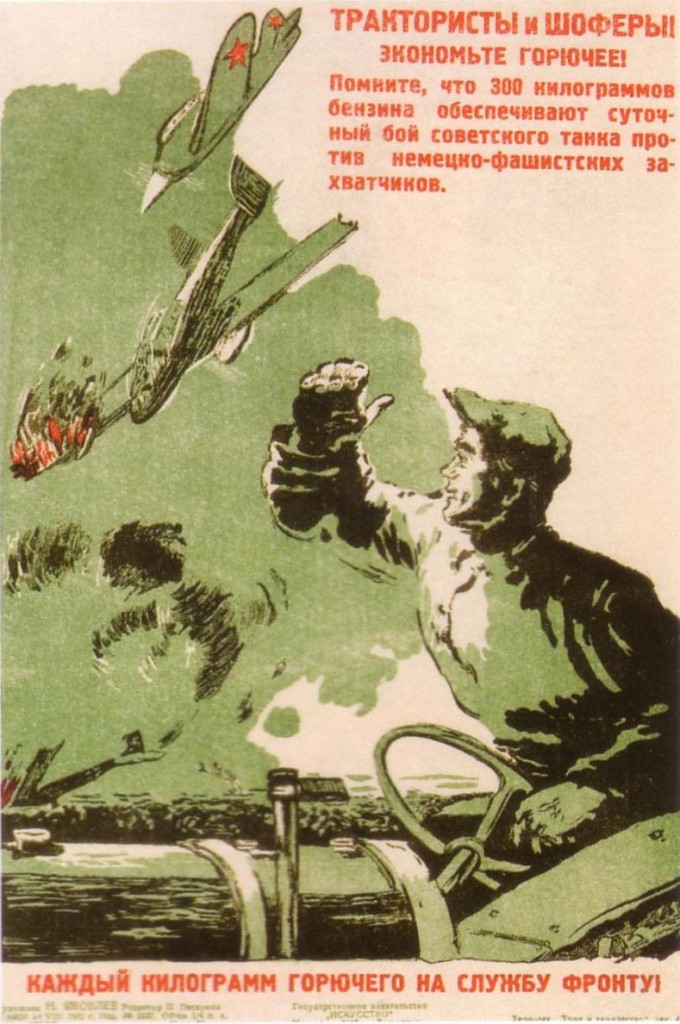 Drivers and tankmen! Do not waste fuel! Remember that each Soviet tank needs 300 kilograms of petrol a day to fight against German agressors. 1942. 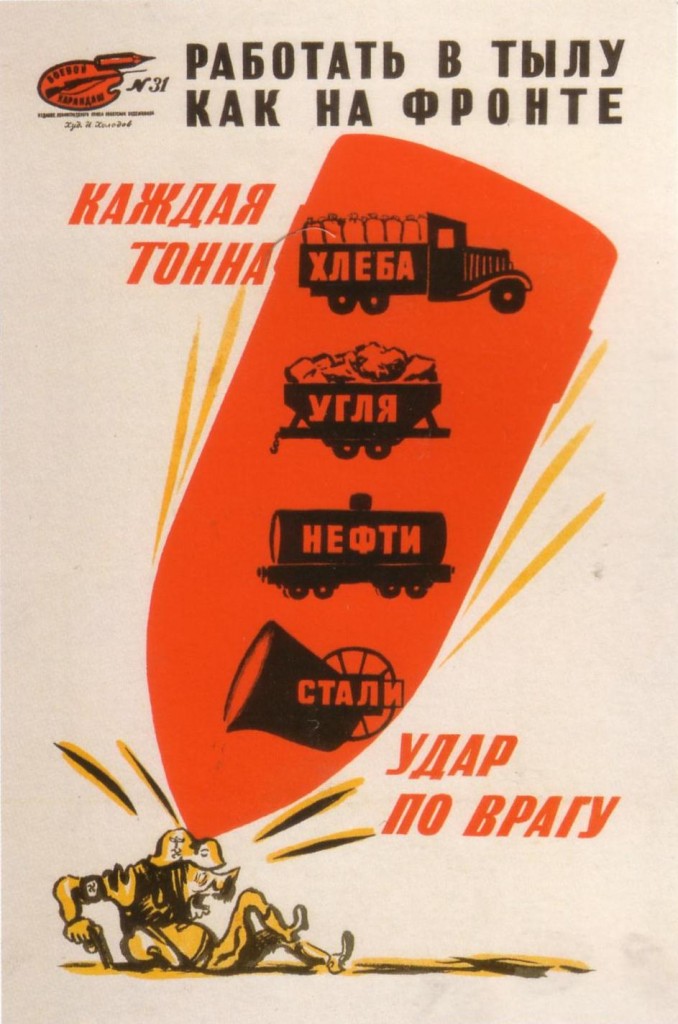 Working on the home front is as important as serving on the front! Each ton of wheat, coal, oil or steel is an attack against the enemy. 1942. 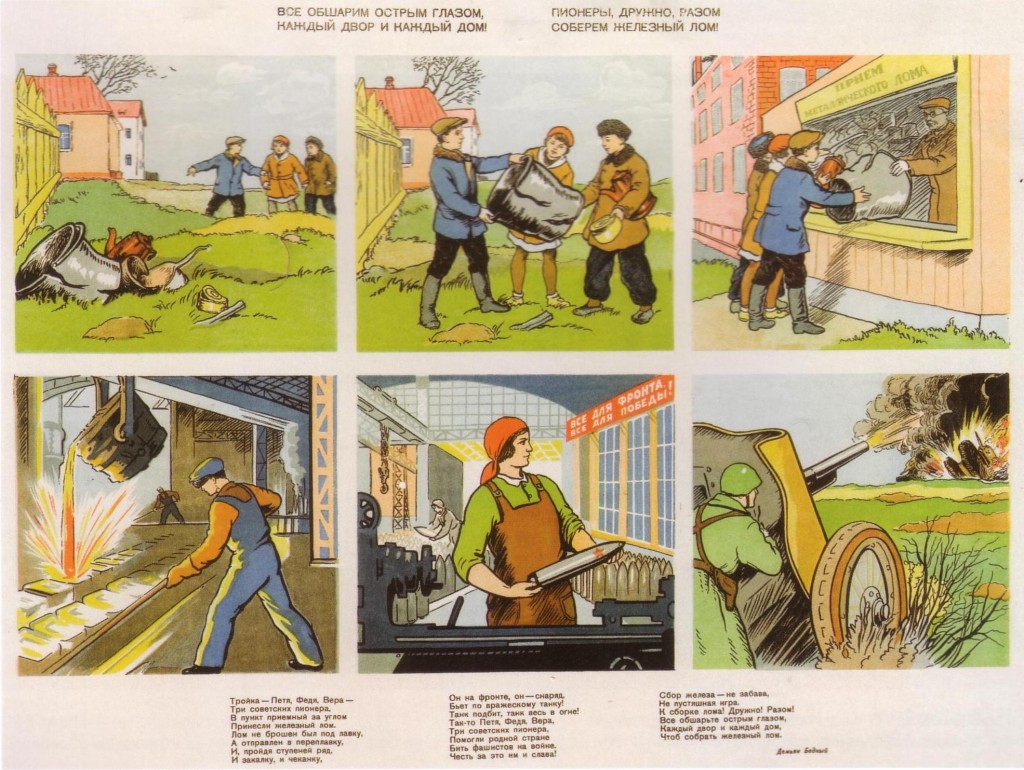 Go through each home and yard to find scrap metal! 1942. 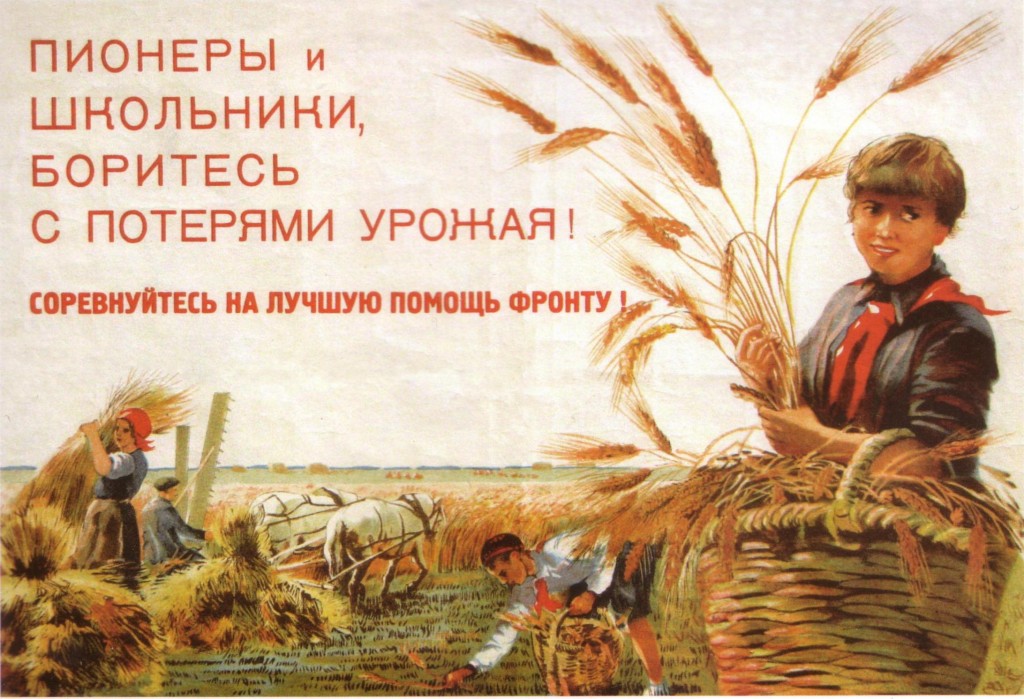 Pioneers and schoolchildren, do harvesting! Compete with each other who can do it best! 1942. 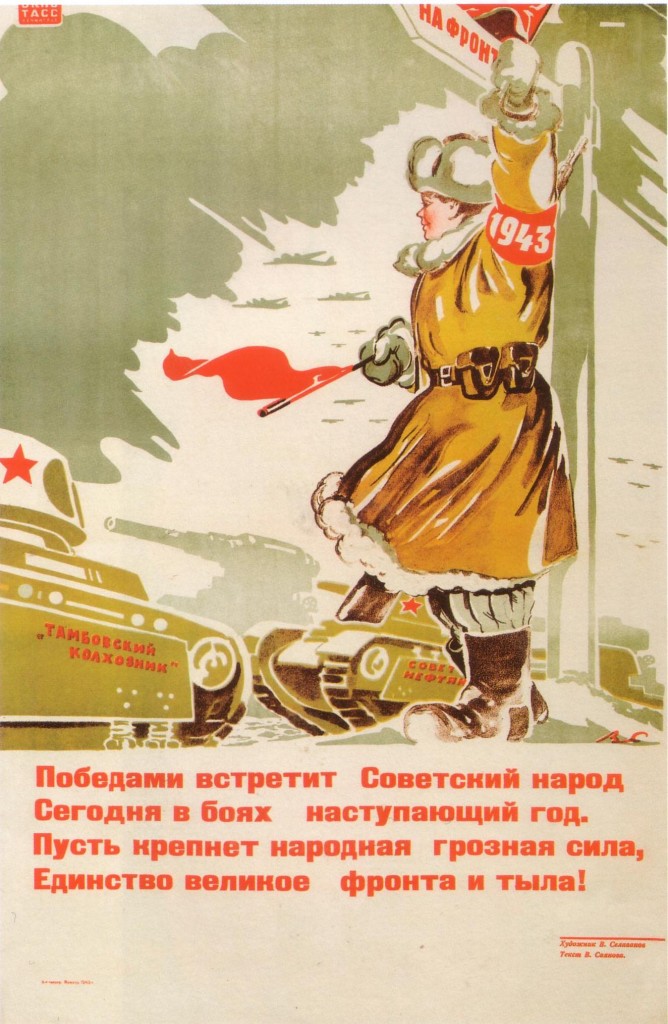 If civilian people and the army work together, the coming year will bring the victory to the Soviet people! 1943. 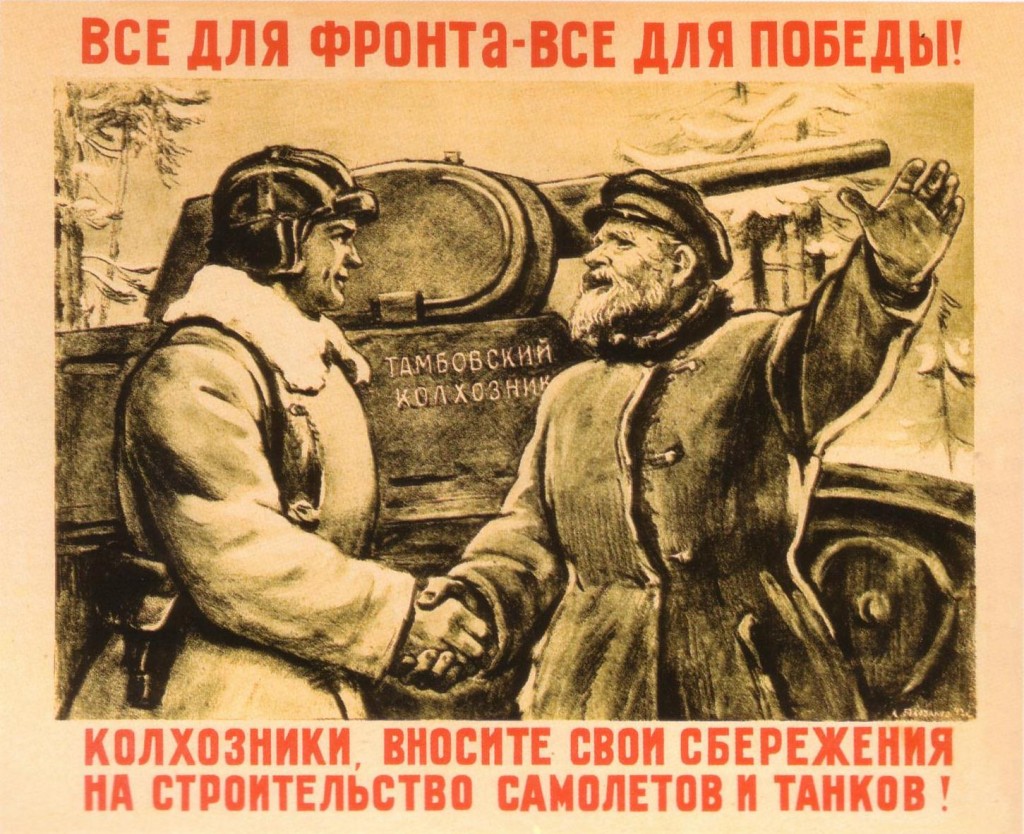 Helping the front, you bring the victory day closer! Farmers,  contribute to the tank and plane construction! 1943. The soldiers thank all the leading farms for their help! 1944.

21 thoughts on “A Big Set of Soviet Posters, All Translated for You Could Read Them”