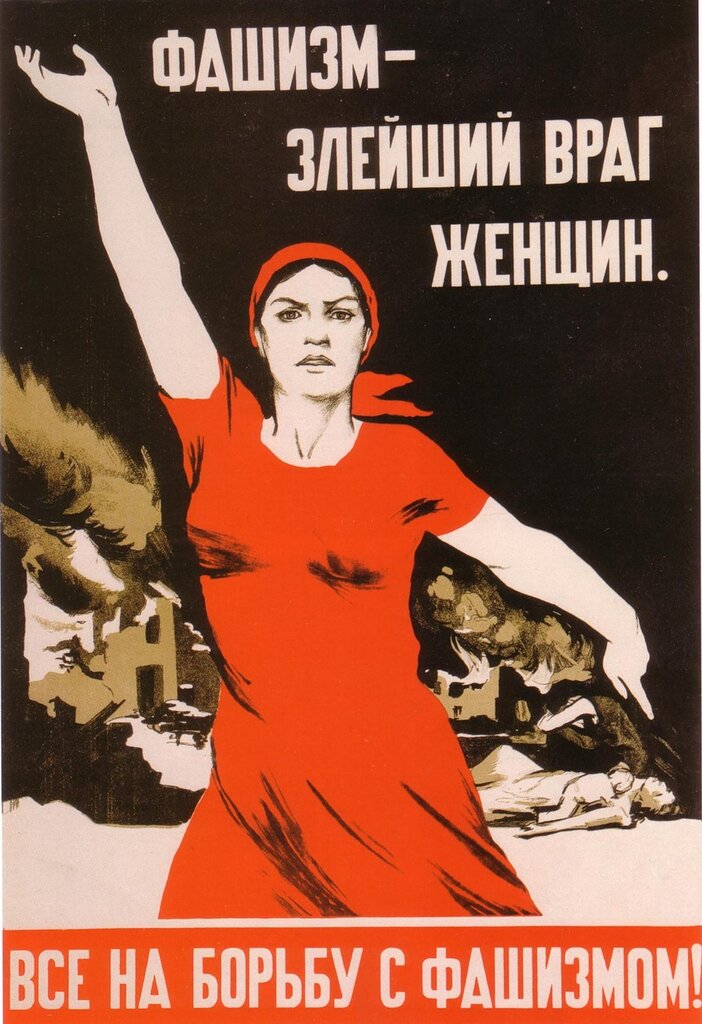 Look through some Soviet posters issued during and shortly after the World War II. 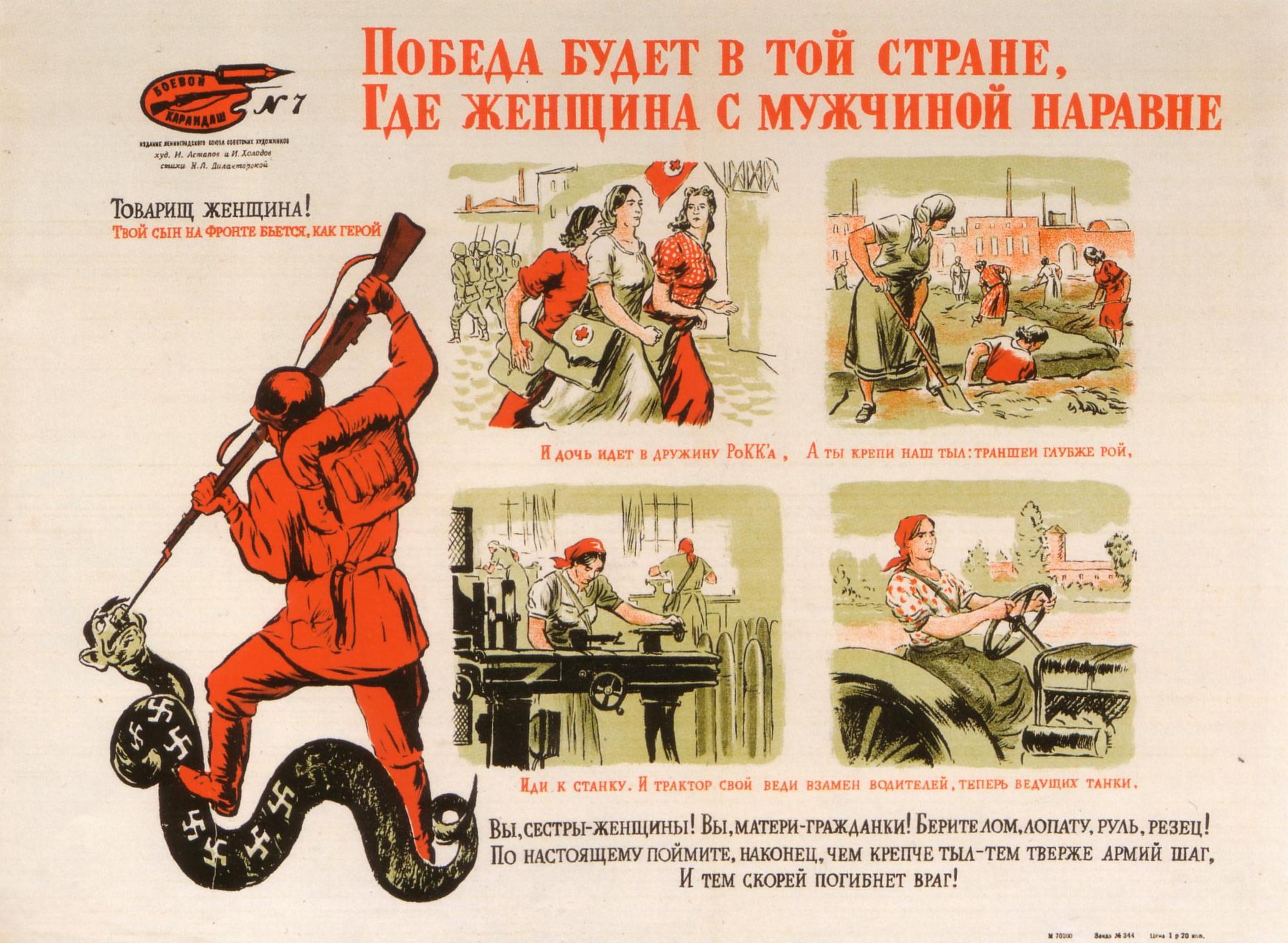 Only the country where men and women have equal rights will win. Ladies, start working instead of men and make our front line stronger. 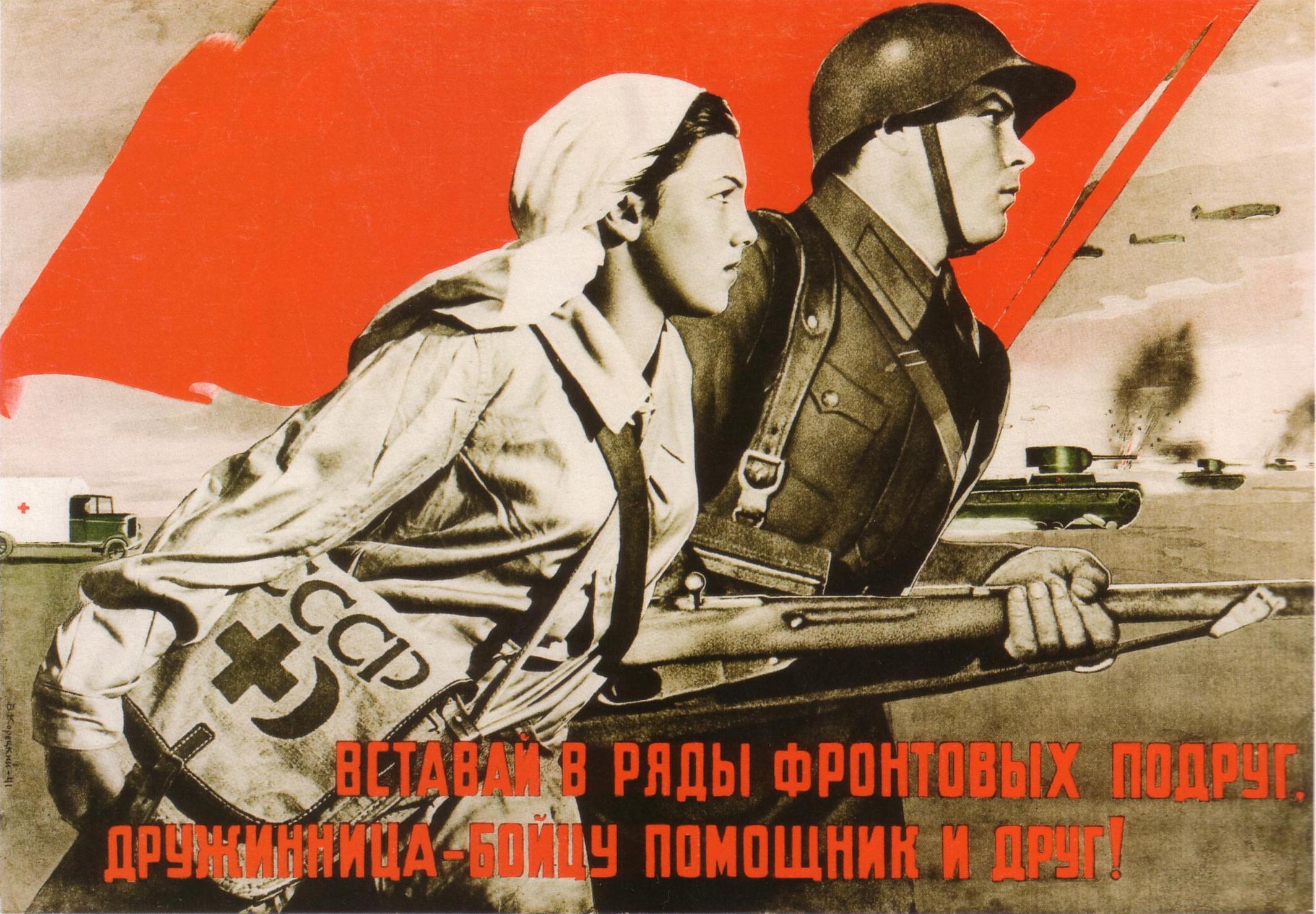 Join female branches of the armed forces. Front ladies are assistants and friends of soldiers! 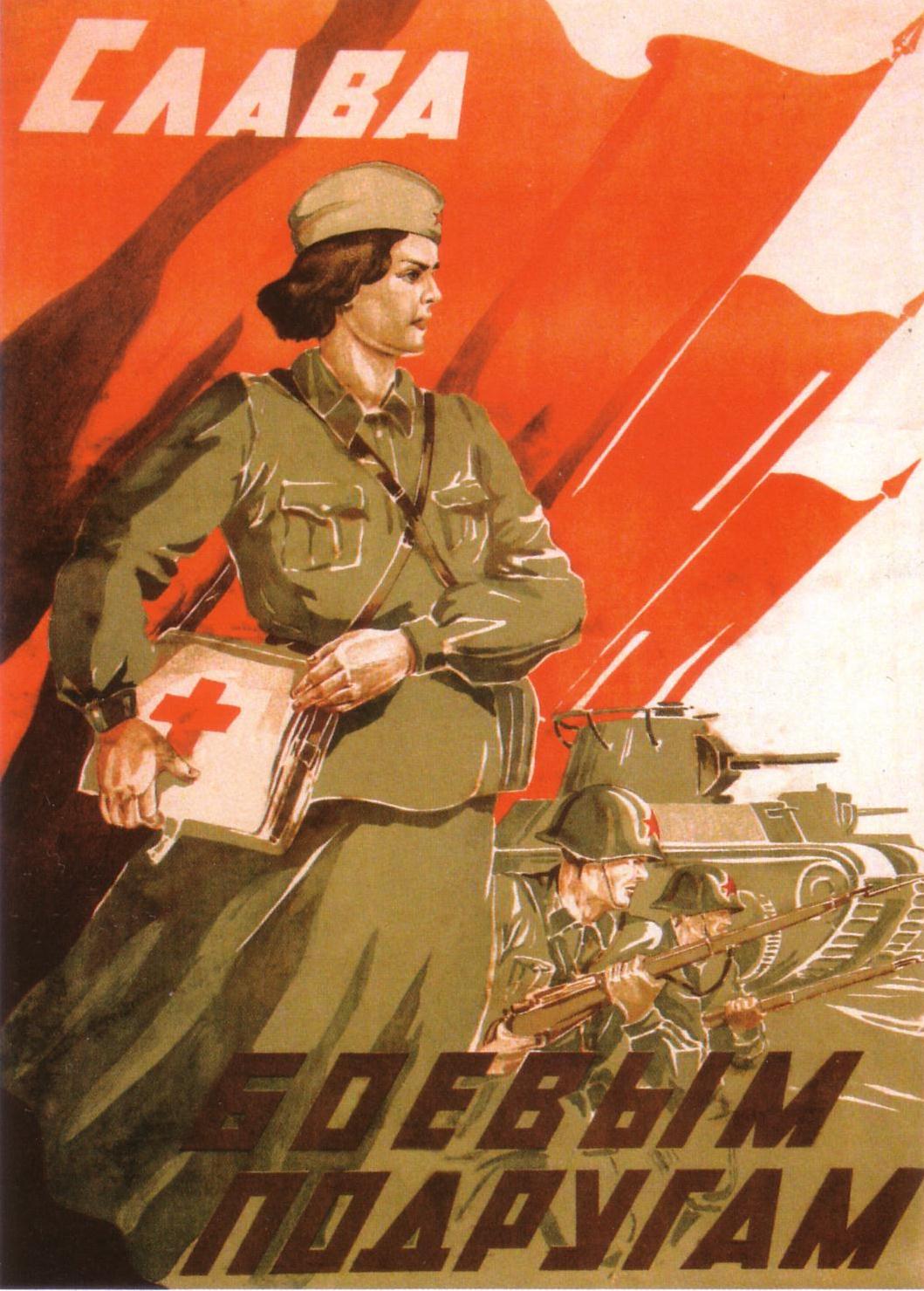 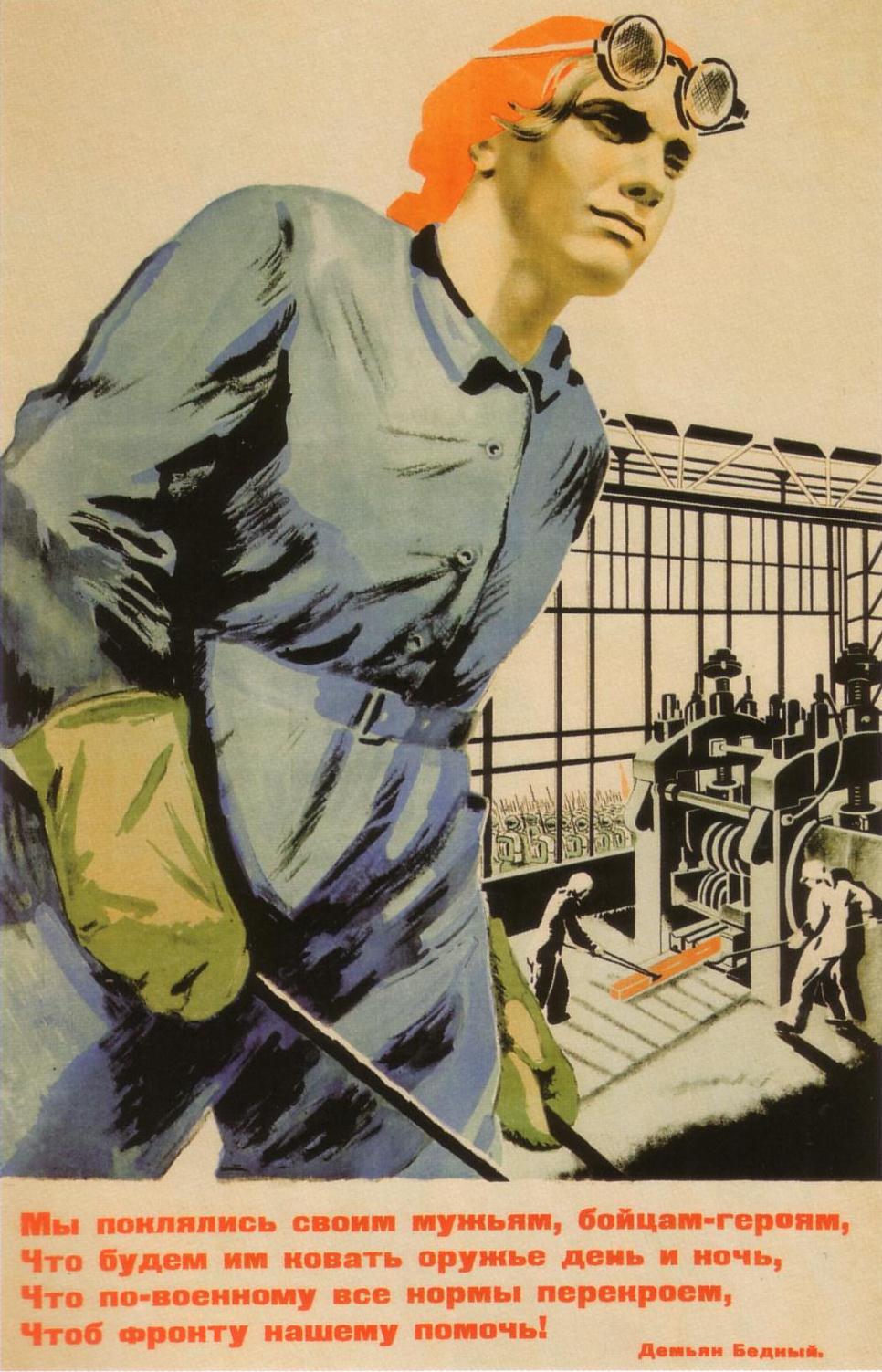 We promised our heroic husbands to forge weapons night and day and break a record in helping the front line! Fascism is the worst enemy of women! Rise up and fight it!

Salute to outrageous patriots working for the Red Cross.  Young Communist Valentine Shimayeva is a nurse at a blood transfusion station who helped the injured during the Nazi bombardment. Lyudmila Maslihina, a student, saved a small child from fire. Lidiya Fyodorova knows how to deal with flame bombs, during the Nazi raid she participated in the process of fire extinguishing. Being a donor is a great honour for a patriot. Ladies, learn how to work instead of men who have gone to the battlefield. Strong hinterland makes the front line strong. Joint donors of the Red Cross. Any amount of blood needed for saving our outrageous soldiers’ lives must be at our disposal. Ladies are ready to drive tractors and work instead of men who fight the Fascism. Take in the entire harvest! We need to take in the harvest and make more bread for the hinterland and front line. Protect your city and your house! Anything for the victory! From Soviet women to the front line. Tractor in the field is the same as a tank in the battlefield. It is the duty of a patriot to save a soldier’s life. Long Live Soviet Heroes! “How I became a hero” We’ll mark every new day with a small labor victory! 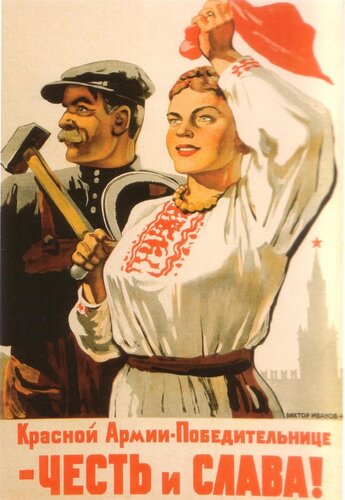 One summer day will provide us with food for a year. Become a winner of the contest for better crops!

22 thoughts on “Victory Belongs to the Country Where Woman Is Equal to Man!”