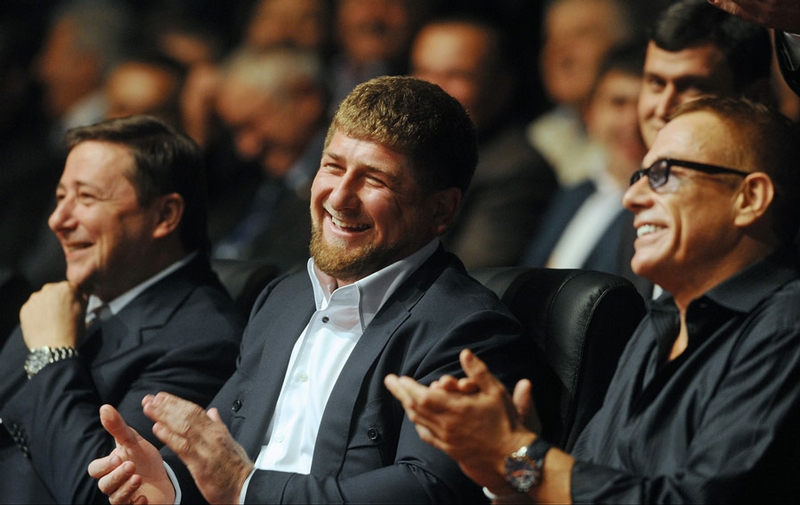 On October 5th, President of the Chechen Republic Ramzan Kadyrov celebrated his 35th birthday. Several days before the big day, he announced that no festivities were planned and no presents from officials would be accepted (under the threat of an  immediate dismissal). However, his birthday concurred with the birthday of the city of Grozny. Vanessa Mae and Hollywood celebrities, such as Jean-Claude Van Damme, Kevin Costner and Eva Mendes arrived in Grozny to take part in the celebration of the city’s birthday (Grozny turned 193) and its President’s birthday as well. Famous Russian singers Dmitry Khvorostovsky and Iosif Kobzon were also present. The guests enjoyed a great show with violinist Vanessa Mae, magician Jean Ruven, and a team of acrobats who showed their skills by walking the tightrope between the two skyscrapers. The show was also marked by the openning of ‘Grozny-City’ business center. 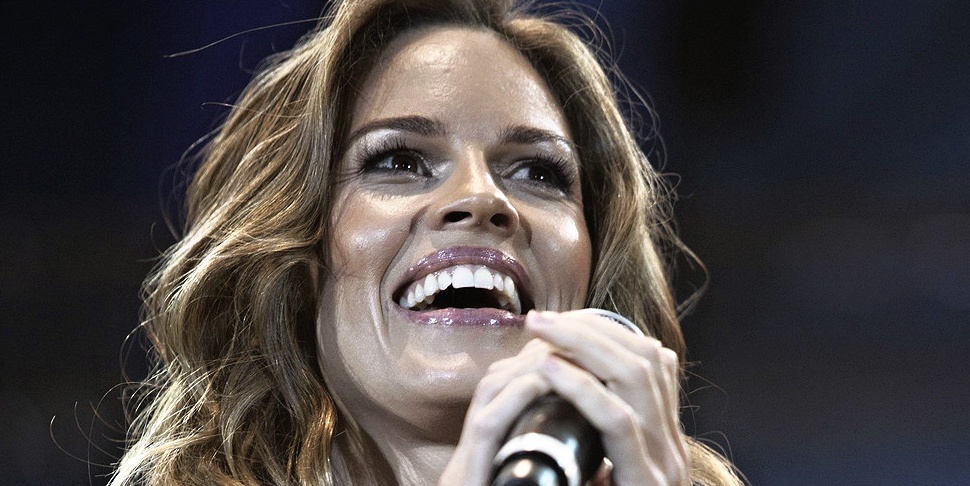 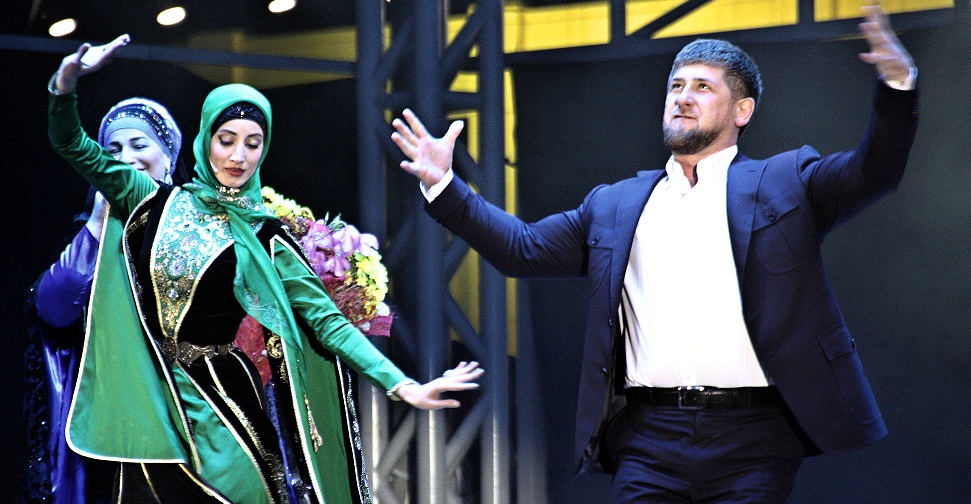 Seal is performing at the  ‘Grozny-City’ openning ceremony. Ramzan Kadyrov is going along the Akhmat Kadyrov Square (named after his father, the former president of Chechnya). 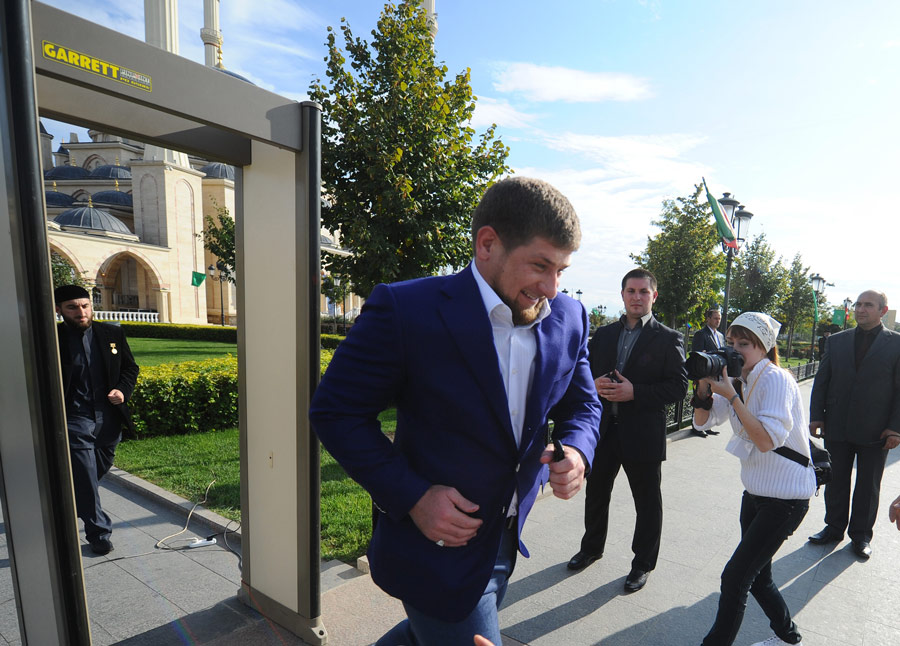 On the background there is a central mosque named after A. A. Kadyrov. 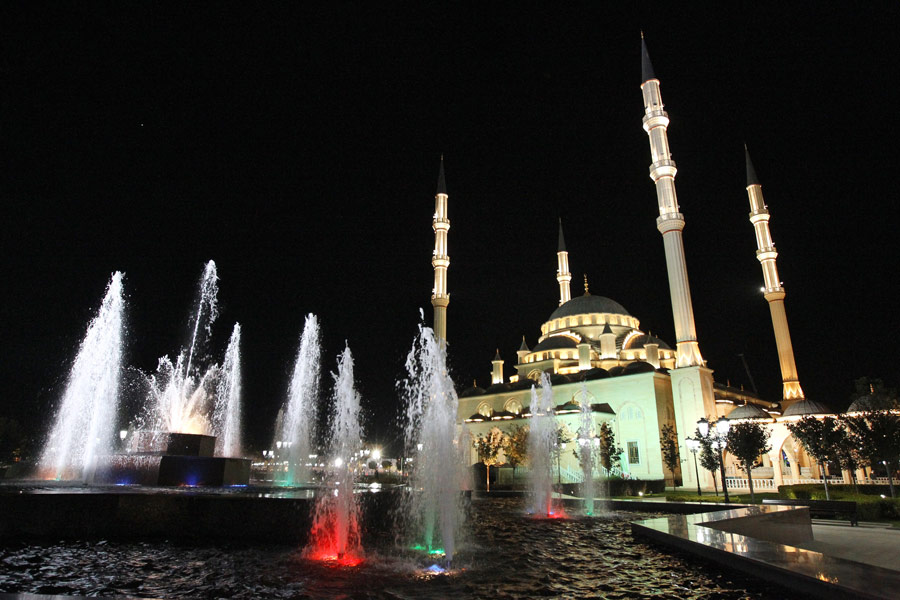 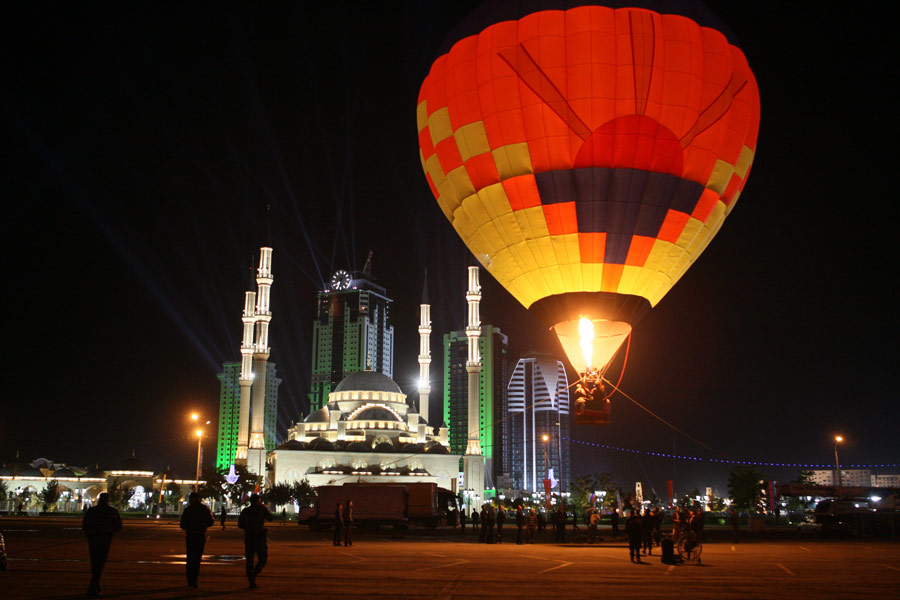 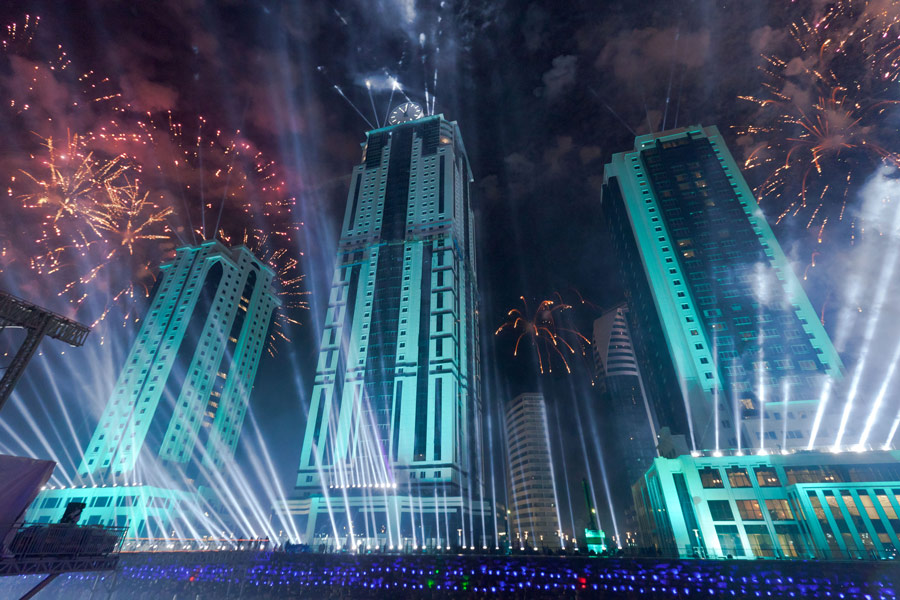 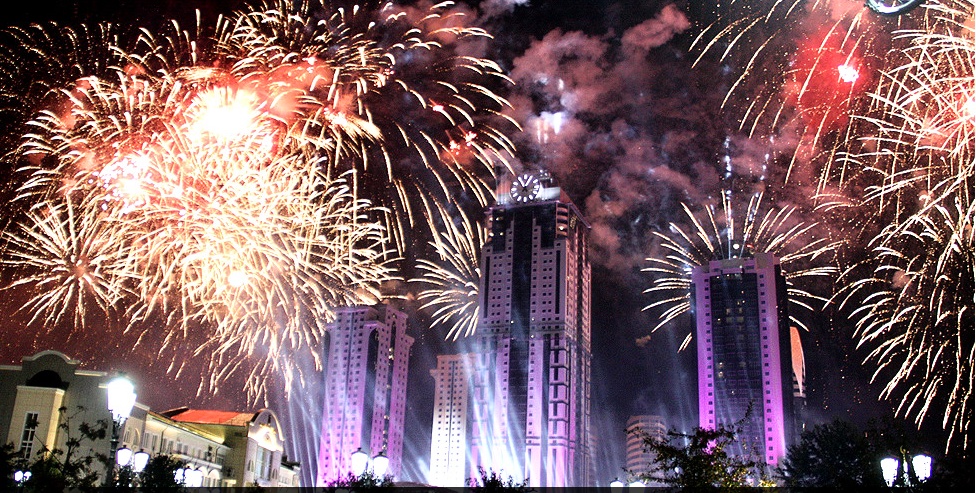 32 thoughts on “Modest Celebration In Grozny”