There are a lot of factories in Moscow which are connected to aircraft construction. There is nothing unusual in their appearance but they are very interesting on the inside. During the Soviet time, unauthorized people were not admitted to the factory, but now it is much easier. So, let’s take a look at Department #8623. 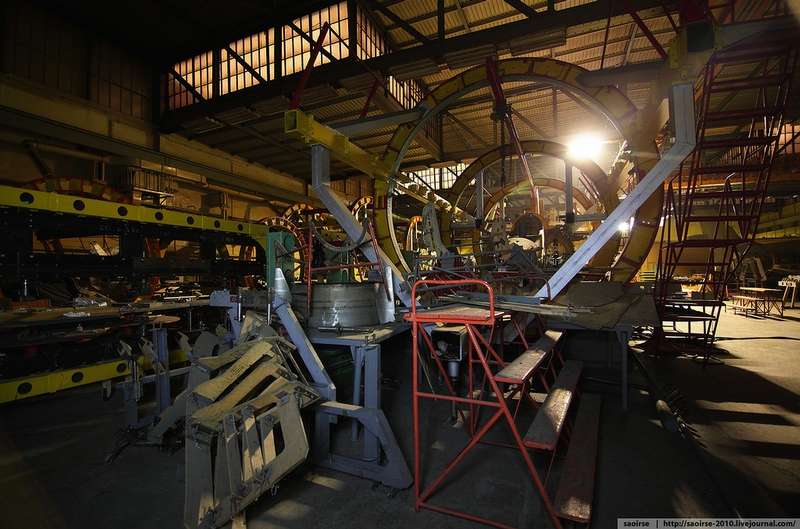 This department is the only one available because all the other doors are locked. These are aircraft construction building ways. They can differ in sizes and shapes. As a rule, they are produced at the same factory. The whole department is in running order and amazingly clean. There is a freshly painted part on the trolley. Probably, the assemly is performed in this round thing. The desk of a worker. Mould poles. They are used for shaping the covering. This is a table where workers paint rivets and other parts manually. This part of the department contains a lot of different engineering tools and wooden moulds. 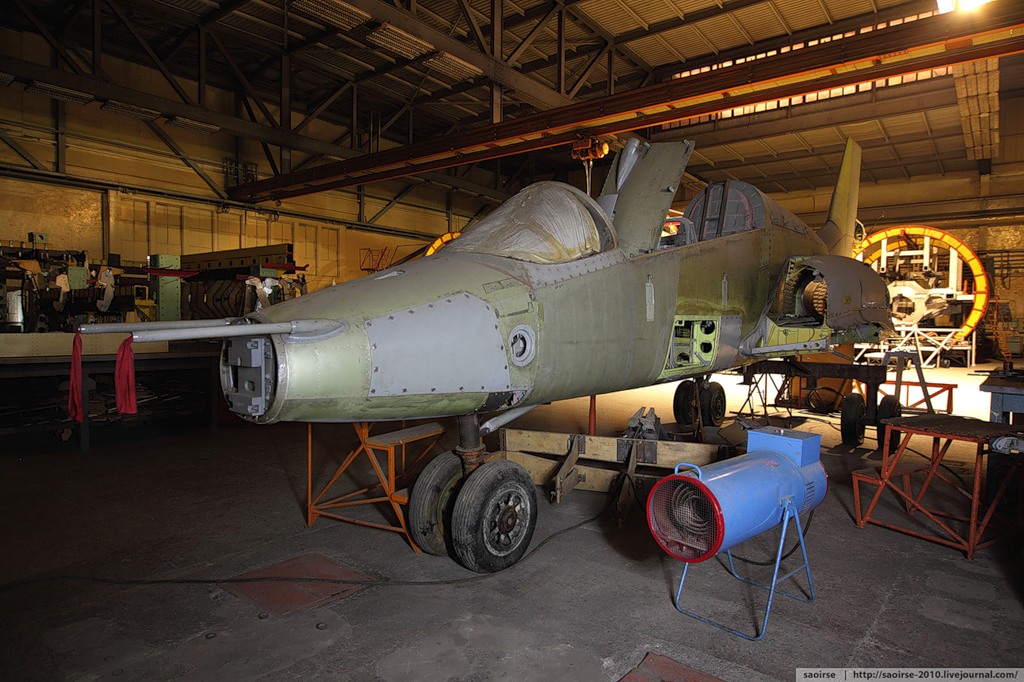