This is a hare which fur has just begun to turn white. It is hiding in the grass. 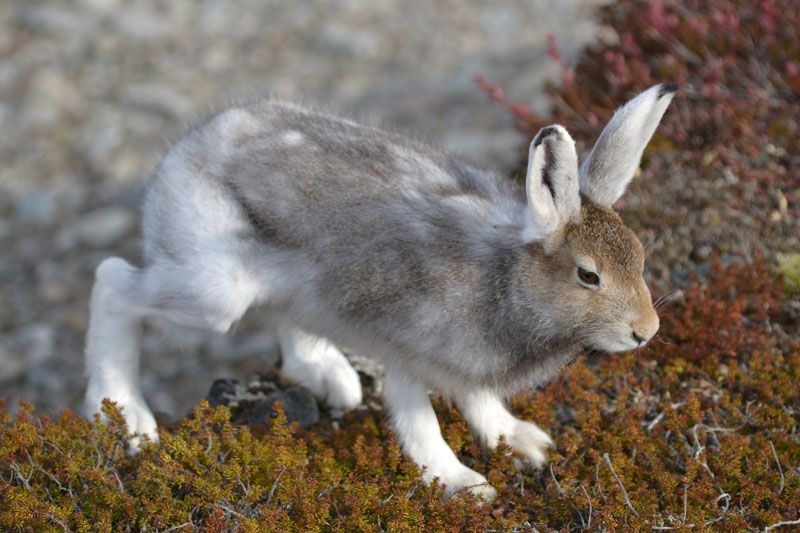 Upon seeing the people, scared, it is not trying to run away. It’s coming up and freezes. It has done it on purpose and it looks like it’s ready for anything. From now and on, everything gets clear. The hare is old, thin, and weak. It does not resist flattering it. It is thinking about something. Maybe it is reflecting on its whole life; from the time it first saw the river in summer and the mountains showing up white behind it, up to today, when nothing scares it. Now it does not matter for it, whether it is a falcon living in the clouds, a fox, a wolf, a glutton, or a human. The hare is lying on a sunny spot close to the river. Even though the hare is less than just two meters away from it, it is unlikely that it is going to have enough strength to get back.  It looks like it is its last day of life. And it really is. The next day the hare is found dead. 19 thoughts on “The Last Fall. A Sad Story About One Hare”