Chelter-Coba is a rock-cut monastery. It was founded in the 8th-9th centuries and had existed until the Turkish invasion in 1475. It has 22 caves of different sizes, which used to be monastic cells, refectories, storages, a common refectory, and a temple. On the way to the monastery. The rocks are beautiful! Believe it or not, people used to live here. There were several temples on the slope of the hill. If you turn right, you’ll find a spring and a phiale. Monasteries which had a refectory – Chelter-Coba is one of them – were highly respected. Some of them contained holy relicts that’s why a lot of pilgrims visited them. Supposedly, the monastery was named after St. Fedor Stratilat. The refectory is in the open air. Looked like a dump but it turned out later that the garbage was regularly collected. This is a monastery shop where one could buy candles and icons. Unfortunately, they didn’t sell magnets at that time. These are old monastic cells. These are wood handrails on the way to the temple. Just 14-16 monks lived in this pretty big monastery. That’s why apart from monks, warriors and people from the nearby villages came to pray here. These are habitable monastic cells. Everything is quite simple inside. All the caves of the monastery used to be connected by ladders. That’s why the Tatars called it Chelter-Coba meaning ‘grating’ and ‘cave’. 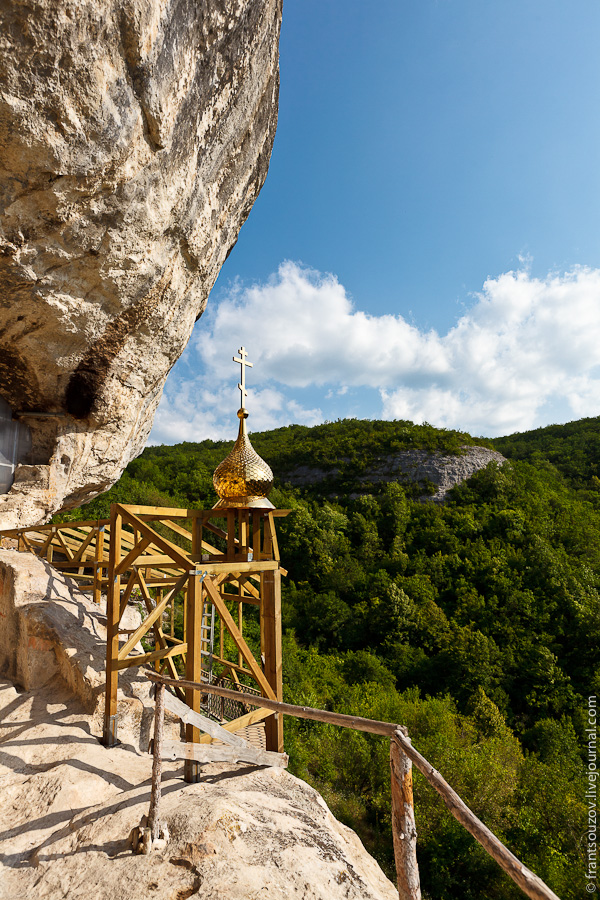 This is the entrance into the temple. 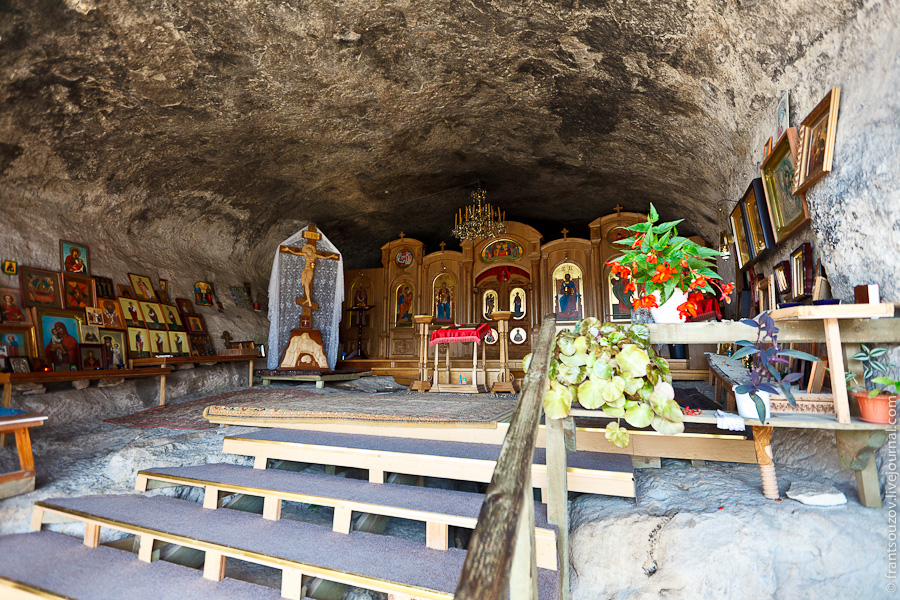 It is situated inside the grotto with a floor area of 150 square meters. They cut out a hollow for the altar, and placed niches there. 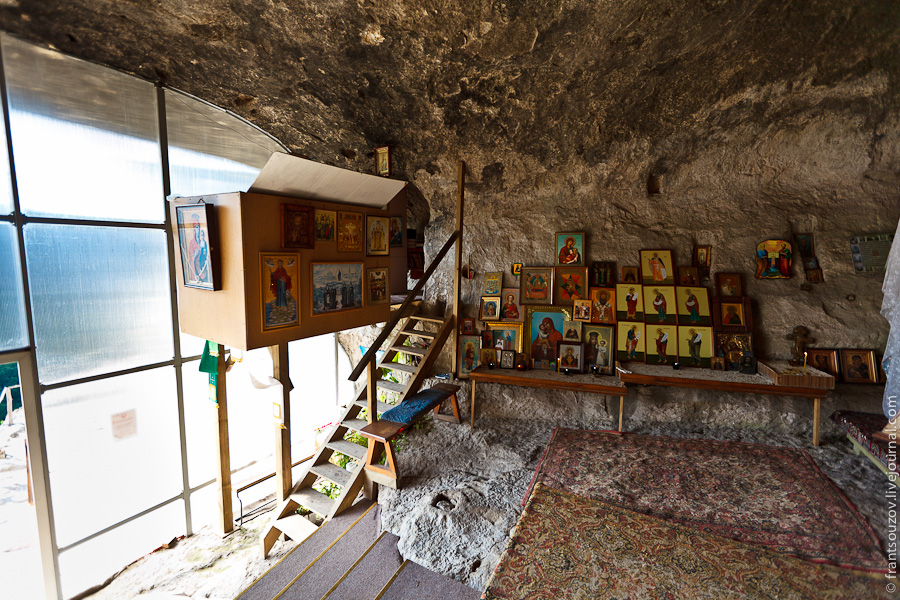 This is a singing gallery. The service starts at 3 p. m. so prior to this time visitors are allowed to be here. 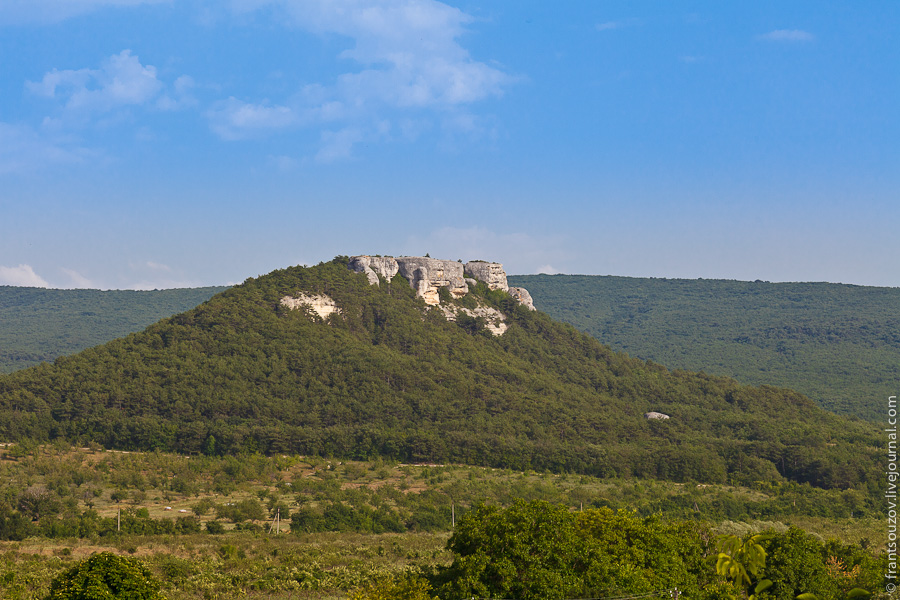 Here’s another great view of a hill not far from Krasniy Mak  (Red Poppy)Village.