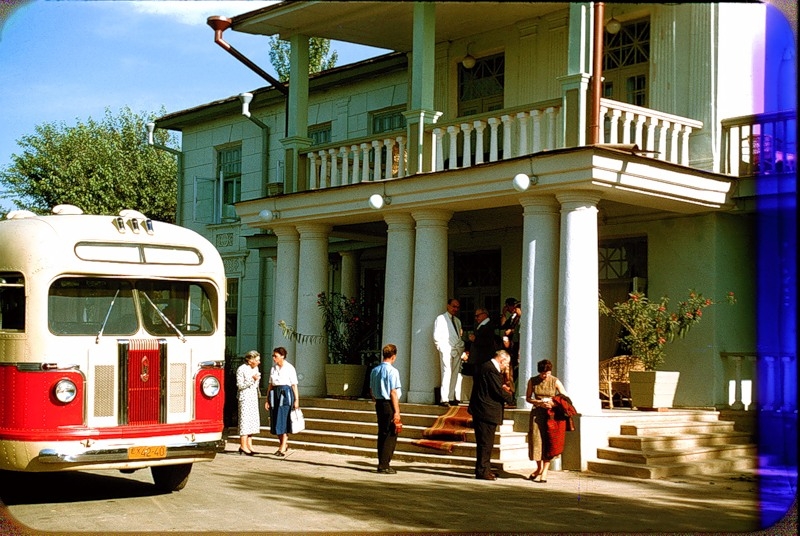 This is one of the nice buses of that time. It looks like ZIS-154, not sure. This is the central street of the city of Tashkent with the only passenger car. This is how 90% of Tashkent had looked like before the earthquake of 1966… and probably after.

Even now every Uzbek city has suchlike areas… unfortunately. Tashkent is a city of contrasts. They put up a Tamerlane monument in place of the Lenin monument. These are political agitation posters. A Frenchwoman and an Uzbek woman. This is a reception of the French friends of the USSR. This is a machine and tractor station which is going to be turned into a collective farm in 1958.

11 thoughts on “Uzbekistan Of 1956. By Jacques Dupaquier”