Andrew Moore is an American photographer born in 1957 who was travelling across Russia in 2000-2004 and made a number of amazing pictures reflecting the contradictory nature of the country. 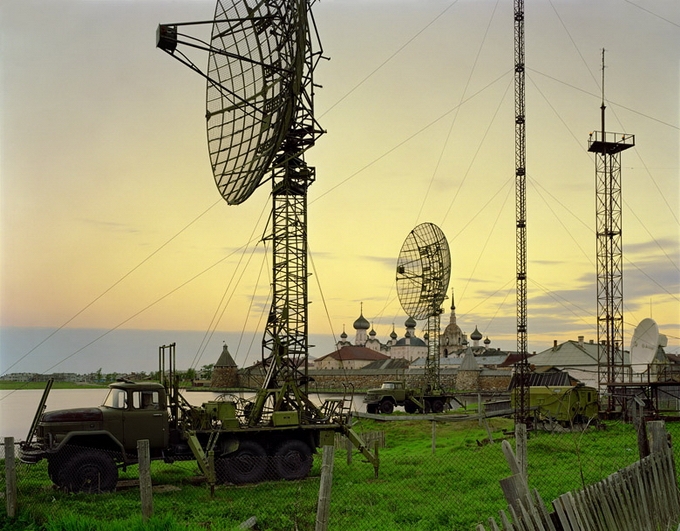 A subway station in Saint-Petersburg.

An apartment in Simferopol. A guard’s room in Siberia. Celebrating the feast of the Trinity in Pskov.

A sanatorium in Yalta. The Opera Theater in Irkutsk.

A bear and Vladimir, lake Baikal.

The Academician Fedorov icebreaker is at reconstruction.

The Palace Square in Saint-Petersburg.

A 13-storey building in Arkhangelsk.

A weapon warehouse in Saint-Petersburg.

A military polygon in Pskov.

A museum of astronauts in Artek Camp.

A night-club in Krasnoyarsk.

All-Union Exhibition of Achievements of National Economy in Moscow.

14 thoughts on “Russia As Viewed By An American Photographer”