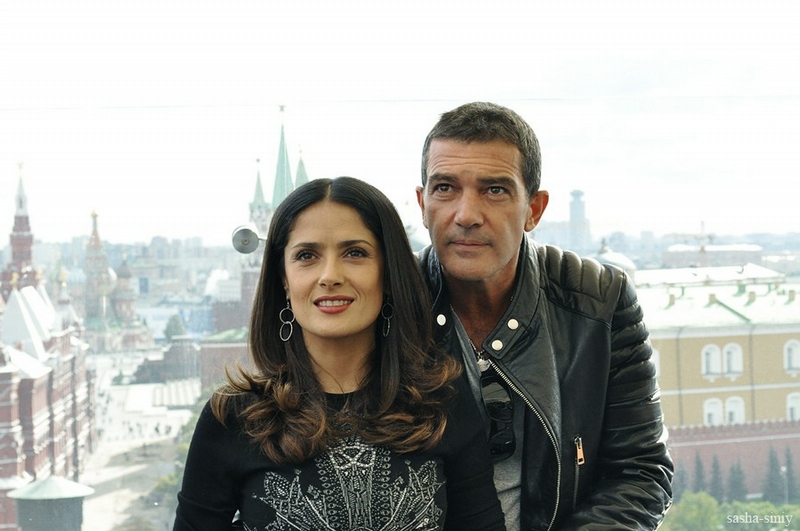 Salma Hayek and Antonio Banderas arrive in Moscow for a presentation of their animated adventure film ‘Puss in Boots’. A bunch of photographers gathered on the rooftop of the Ritz Carlton in Moscow to take their seats. There were more of them just half an hour later, and in an hour there were a lot more of them. There was a one-hour delay, and each photographer had to remain at the seat freezing in fear of losing the spot. As the time went by, the people were getting nervous over the batteries in the photoflash and over their kidneys. Finally, cat trainer Dmitry Kuklachev, a son of a famous Russian cat trainer Yury Kuklachev, came and began to position his cats around. After awhile, the main characters appeared. The first one was Antonio. He was immediately presented with a red cat. But then they took it away. He wasn’t taken aback and began to hypnotize the photographers. The beautiful Salma came next. She was holding a cat for some time as well. All this action took place with the Kremlin as a background. – Selma! Selma! – one of the journalists cried.

There was another cry a few seconds later:

– Not AntoniA! AntoniO! – those present burst out laughing! Then they announced the end of the photo-call and the celebrities headed to the press conference. Suddenly, half the paparazzi dashed for autographs. What a stir! Antonio told about the way the macho-like rich voice of the cat in boots was made up. He was in the mood to speak, so he spoke emotionally and he spoke a lot. As for Salma, she also spoke a lot with a little bit harsh voice and completely charming Spanish accent. And laughed. The two were so cool, cordial, and friendly that it was too sad that they had to leave. 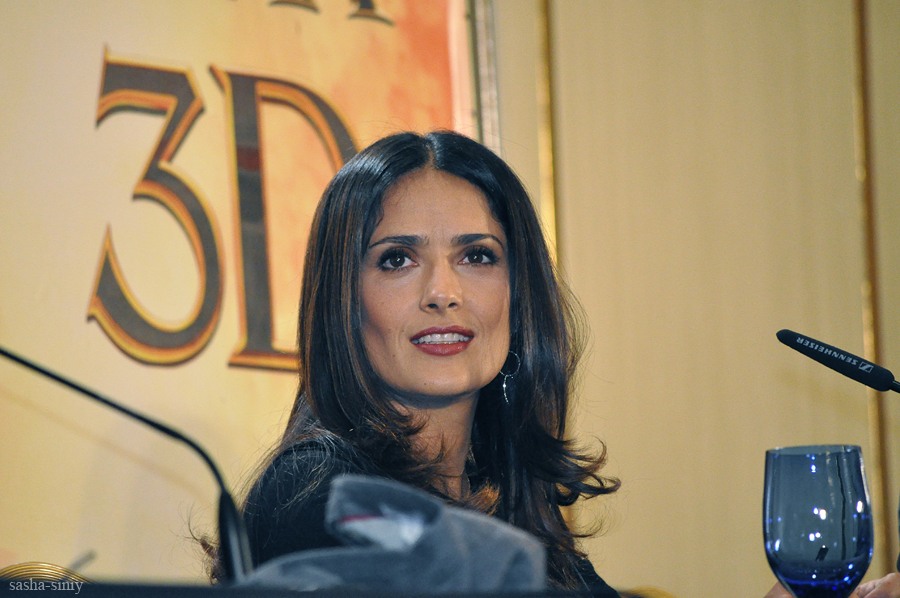