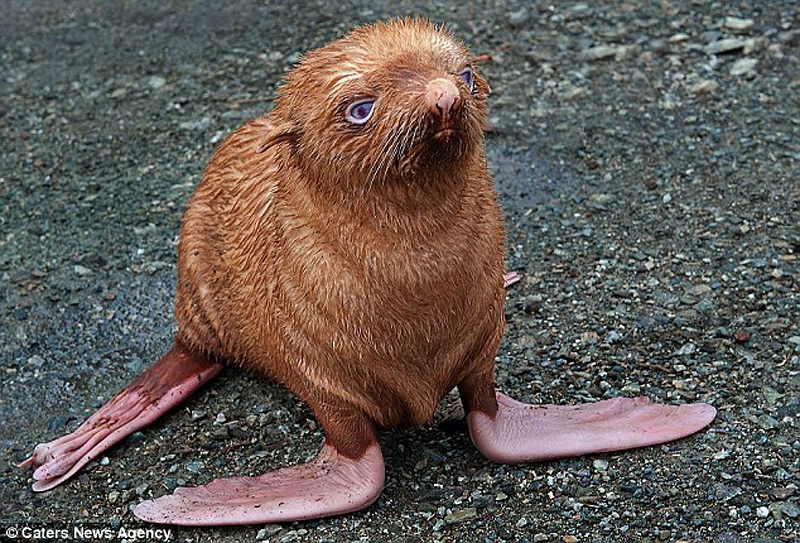 This seal pup sitting on the beach all alone looks very sad. Is having a reddish-brown skin and blue eyes a crime? Its family rejected the poor thing just because it was albino… These photos were taken on Seal Island (Sakhalin) by some very lucky photographer. Check them out. When the photographer accidentally saw it, the poor animal was hiding behind a log and waiting for its mom to come and feed it. “I was very lucky to take a picture of such a rare animal,” – says the photographer. The seal pup was different from its black brothers in the color of its eyes and skin that’s why its family rejected him. Unfortunately, the seal is almost completely blind. The chances that it’ll live long in nature are quite small. However, the story has a happy ending: the seal pup was sheltered by the dolphinarium, where it will get all necessary care.

23 thoughts on “The Seal Pup Rejected By Its Own Family”