Let’s visit a workshop located in Sibay city where expensive jasper jewelry is made. 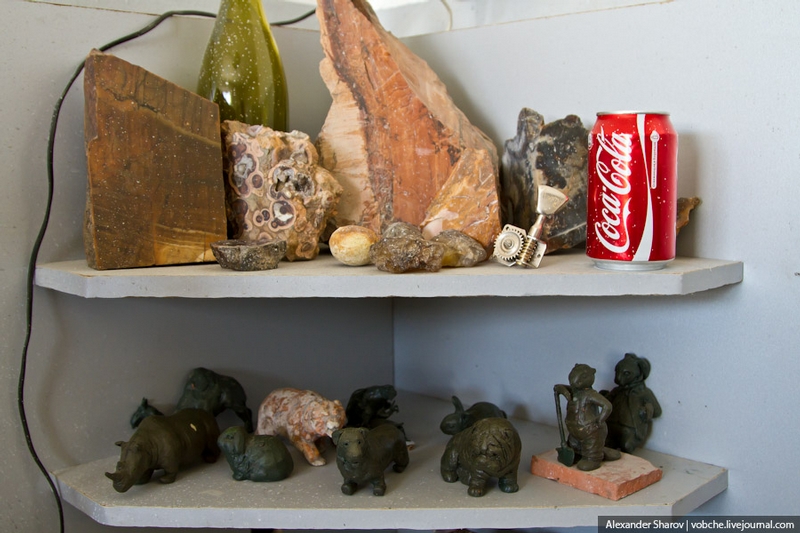 These cobblestones are used as material for future boxes and pictures. Jasper is a rock with numerous impurities and it is almost impossible to find a monotone stone. They are all different in colour and texture. The workshop is a two-storey building with some rooms. The pieces of jasper on the shelves are chosen and signed by masters and will be used later in their work. A part of the stone is separated with the help of a hammer. It will be turned into different figures then. For pictures and boxes stone is usually cut into plates of different length. This workshop is occupied by professional engravers. For making figures a plastic dummy is needed. After that craftsmen choose a stone piece of corresponding color and make a figure out of it. By the way, colorants are not used as any color-grade can be obtained. The work is very monotonous and it usually takes several months and even several years to create a picture. Pictures are made of stone plates. Every craftsman has a lot of different stone plates at his disposal. Every element of a future picture is cut out of a plate and then placed to a paper model. The craftsmen say that they have experience of creating a huge picture that was 5 meters long and 2 meters wide. They refused to name the price. It is much easier to make a box as it has lesser elements in it. However, its cover requires much elaborate work. The cost of such a box is tens of thousand rubles. The Last Supper picture will cost around 1 million rubles.

1 thought on “The World Of Jasper Jewelry”