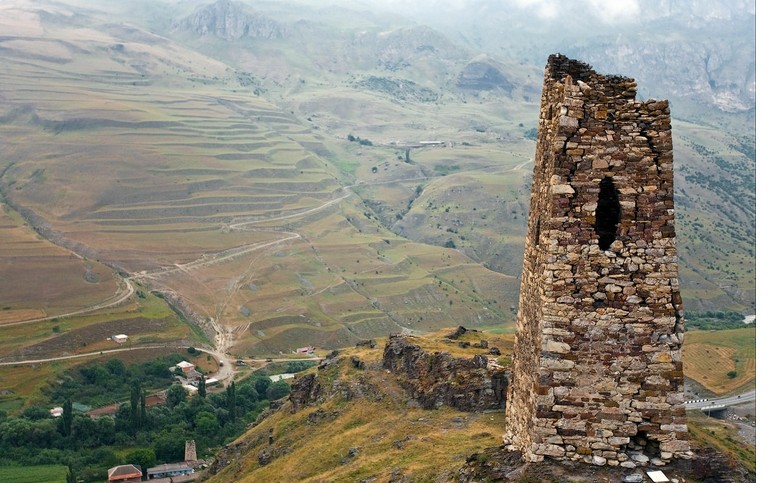 The republic of North Ossetia – Alania borders with Kabardino-Balkaria in the west,with Ingushetia and Chechnya in the east, with the Stavropol Krai in the north, and with Georgia and the partially recognized South Ossetia in the south. Alania is a land of mountains, cliffs, rapid rivers and frank people. 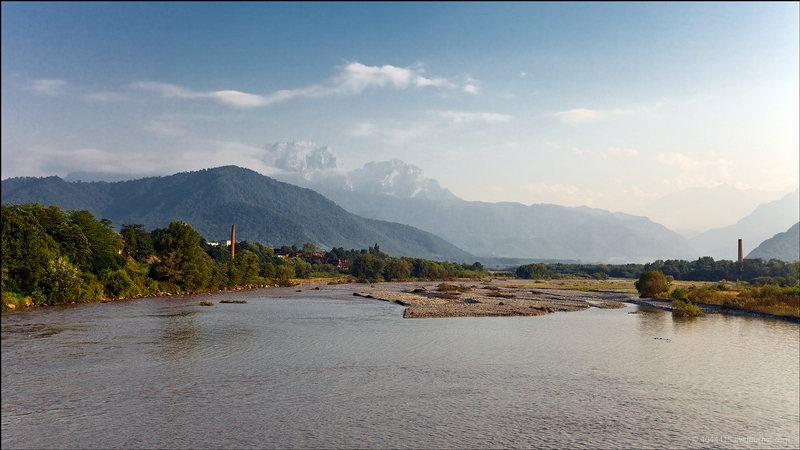 The mountains on either side of the Georgian Military Road that connects Vladikavkaz and Tbilisi. The mountain Arauhoh and the Dalyalsky mountain training center at its foot. A road leading to the village of Upper Fiagdon, North Ossetia. A gorge near the ancient dam Kahty-Sap. It is said that in Soviet times, in a village located here, there was a big tourist center. In the center of a mountain valley there is village Dargavs ( “valley defender” ), known for its historical and architectural landmarks – battle towers and a “town of the dead”. The town of the dead is a complex of 99 half underground (9-17 centuries) and ground (14-18 centuries) stone crypts that served as family vaults. Crypts have forms similar to towers. The dead were buried in full dresses with small household things. It is also known that during the plague in the Middle Ages, many infected people voluntarily went  to vaults of their families to meet the end. Due to an exceptional dryness of the local climate, good ventilation and heat, bodies were mummified and well remained. And now the vaults are filled with human bones, but despite the protection of UNESCO, burial places are greatly pillaged. A ravine in the Kurtat gorge.