The summer is over and people need to forget about their vacations and get back to work. Thus, in the movie world the work is humming already. A Russian bank invested 20 million US dollars into kinematographing the movie ‘Stalingrad’. Pictures taken at the film set are presented below. 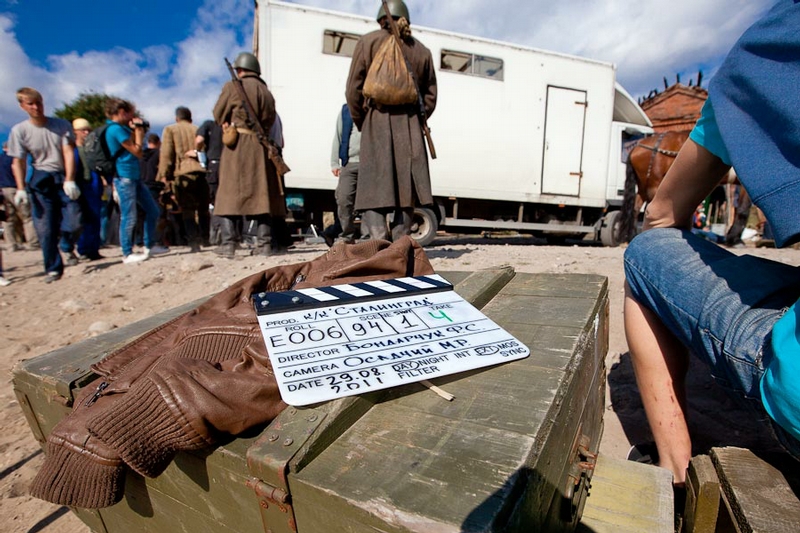 Movies about war are often severely criticized by others as the theme is very sensitive. Will the new movie be welcomed by its spectators or just raise another wave of disappointment? Decorations for the first production days were set in the town of Kronstadt  located on Kotlin island in the Finnish Gulf, 30 km from St.Petersburg. The scene with explosions. A bomb is hitting a horse carriage. The crew is using a package of seven RED EPIC cinema digital cameras. It took 2 years and a half to get ready for shooting the movie, collecting necessary material, meeting eyewitnesses of the event and carefully choosing the crowd. Decoration of a water station. The assitant is filling the ‘wound’ of the soldier with blood or, better to say, red paint. The famous little steamer participated in the war actions of 1942 and took over 18000 people to the left bank of the Volga river. It became one of symbols of the Stalingrad battle. The theme ofWWIIwill always remain actual as the war will always be remembered by off-springs of those who won it.

21 thoughts on “The Russian Movie About The Battle Of Stalingrad”