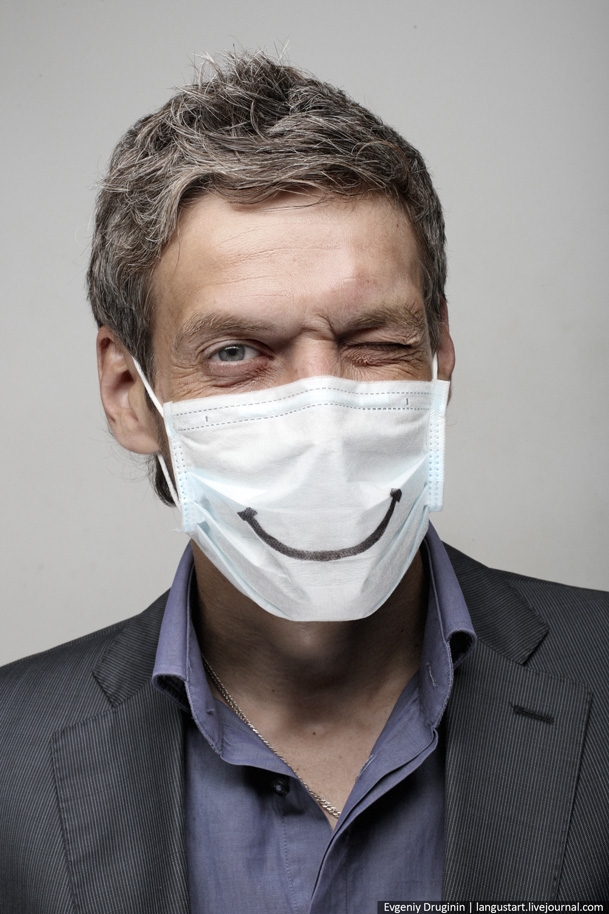 It’s well-known to everybody that the cinema is the art of deception, illusion and image. Changing the angle of a camera and lightening, one can change a man. These photographs depict not Hugh Laurie but Alexey, a native Muscovite working as an ambulance driver. He has recently had an injury and left the hospital only a month ago. A surprising similarity in the fate of a fictional character and a real man (greatly resembling him) amazes. Alexey is 34. None of his friends watched the series and thus knew nothing of this wonderful resemblance.