The famous Soviet film “I Am Twenty” was directed in 1966 by Marlen Khutsiev. It contains so many interesting characteristics and facts of Moscow, that we could examine life of Muscovites of the 50s-60s by the help of this film. 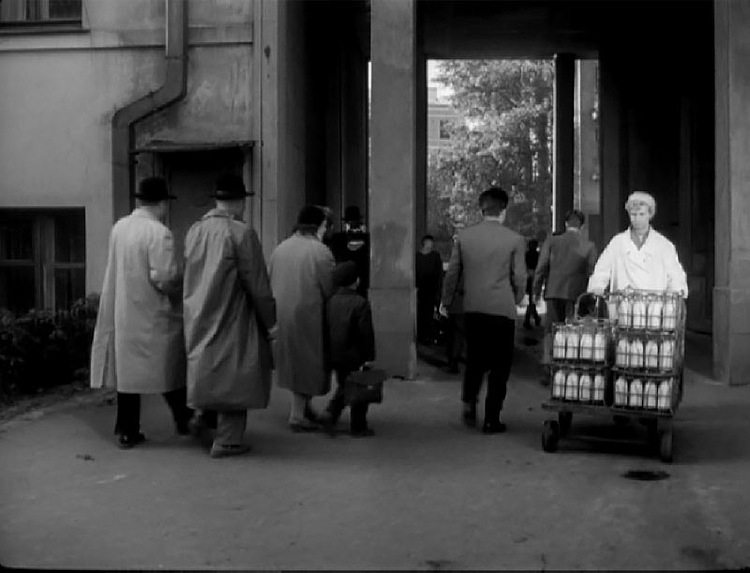 A yard near Patriarshiye Ponds. Muscovites are in a hurry for their business – somebody goes to school, somebody goes to work. Such milkwoman usually walk in streets and sell milk in bottles. An outdoor ad of ice cream of the early 1960s at Adam Mickiewicz street. These low buildings were demolished in the late 60s. 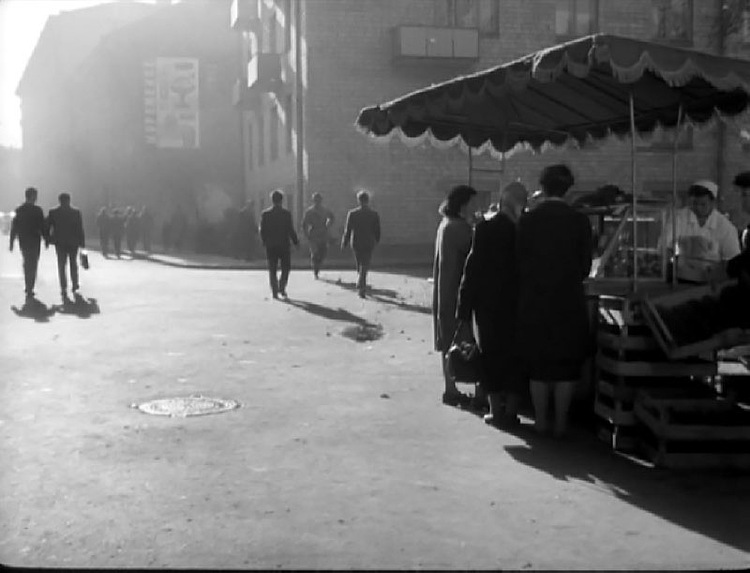 A small stall with tent that sells vegetables. The 1960s were a new building boom in Moscow. During those years many tunnels and bridges, Novy Arbat and a lot of dwelling buildings were constructed in the city. This is Chkalov street near Upper Syromyatnicheskaya street. 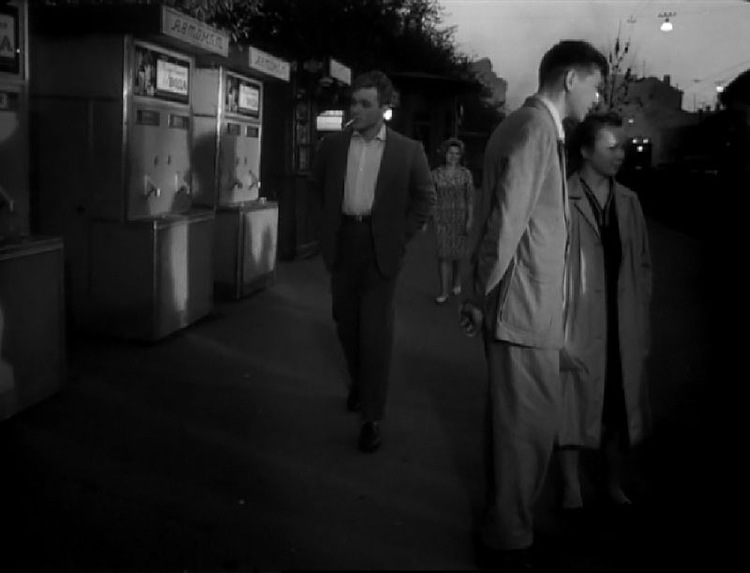 Cakes and coffee in stalls. And what a fashion: polka dot cellophane raincoat and kerchief. Public transport without conductors was a novelty of those years. An interesting inscription could be seen on the frosted window: “Yes to Cuba”. At the turn of the 1950 and 1960s Cuba was really the world top “newsmaker”. In addition to the traditional phrase “Do not lean against doors” there was another inscription: “Do not hamper the entrance and exit!” Bolshaya Gruzinskaya street. A queue to a newsstand. Guards of Lenin’s mausoleum in felt boots with galoshes. Dancing right in the street. An exhibition of young Soviet artists. Hula hoop had a great popularity in the early 1960s. Poetry readings at the Polytechnic institute. And of course, the first man in space at the May demonstration.