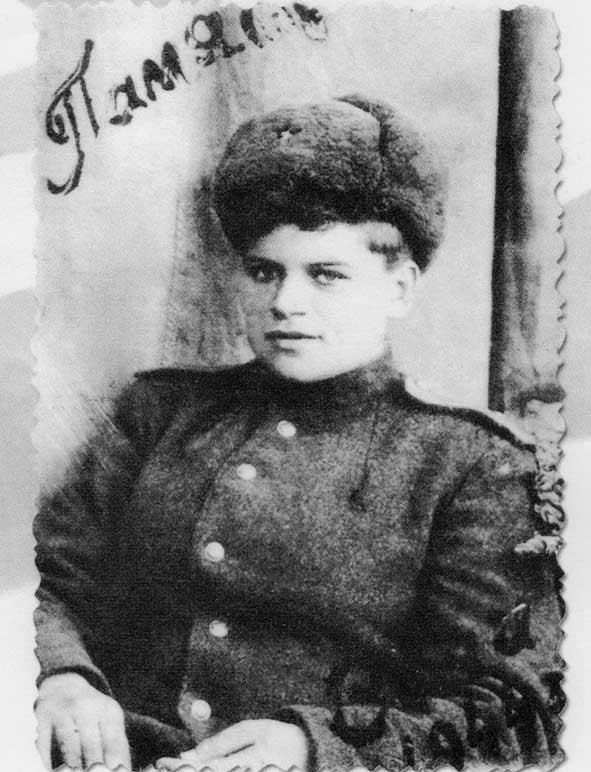 The life story and military feats of an incredible woman, Yevdokiya Zavaliy, the only female commander of the platoon of marines during WWII.

Yevdokiya Zavaliy was born on May 28, 1926 in a small village located in the Nikolayev Region, Ukraine. Before the war, she worked on a farm. That’s how the war began for her.

“It was the 25th of July. I suddenly saw 4 black spots in the sky over our village and understood these were landing troops! After a terrible roar the enemy planes started bombing. We rushed to our houses. Having run into the yard, I heard someone moaning. Under an old apple tree there was a young border guard lying in a pool of blood. I don’t remember the moment when I entered the house, tore the sheet to pieces and bandaged him… Then I saw another wounded soldier, then another…

When the last military unit left our village, I persuaded the commander to take me with him. He didn’t refuse. When I was about to leave I ran across my grandmother. Having noticed me, she started wailing: “Oh, what are you doing?! Come back, treasure!” Then she suddenly hugged me, whispered something and said looking in my eyes: “My dear grandchild! You will bleed 4 times but white geese will bring you back…” After that she crossed me.

Don’t be surprised, my grandmother was a healer and could predict the future. She lived until 114 years old. ” 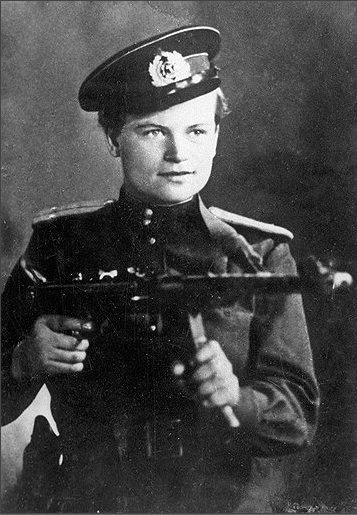 The unit which Yevdokiya Zavaliy joined was the cavalry regiment. In order to be taken to the front line, she had to add three years to her real age and say to the commander that she was 18. It’s worth noting that almost all materials about our heroine (including Wikipedia) state that she was born in 1924, although she said many times in her interviews that she had been about 16 when the war broke out.

In the regiment, she served as a nurse. She learned to shoot a rifle, a pistol and a machine gun. During the retreat near Khortytsya island she got a penetrating wound to the abdomen. The doctor wanted to give her an early discharge on medical grounds but she insisted on staying. After leaving the hospital Yevdokiya was sent to the reserve regiment. There she got her first order, the Order of the Red Star. During the bombing, she dragged an unconscious wounded officer to the safe place, bandaged him and brought to life. 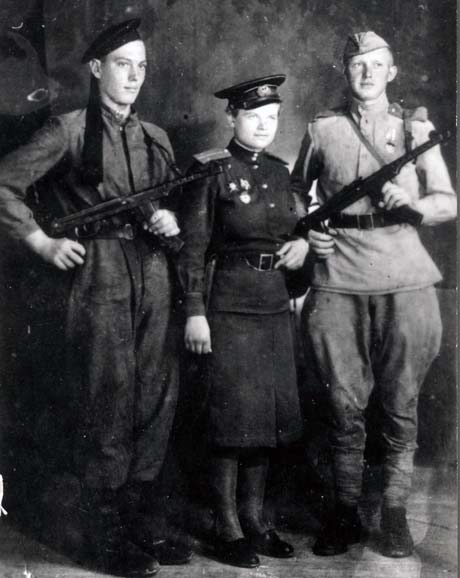 This regiment became the place of Yevdokiya’s transformation into a man. Here’s what she says: “One day the people from the command came to take guys to the front line. One of them approached me and said that I had 15 minutes to pack my things. He didn’t even notice that I was a woman. At that time I really looked like a man – the same soldier’s blouse, riding breeches and a crew cut on my head (I had to shave off my plait at the hospital to get rid of lice). I was given ammunition, a uniform and then sent… to the bathhouse! While naked men were passing me one by one, I was thinking of what to do. This small lie could easily turn into execution. So I decided to smash my face in order to go to the doctor and avoid the revelation in the bathhouse.”

Finally, 2 hours later, Senior Sergeant Yevdokim Zavaliy (that’s how she called herself) took part in a battle near the village of Goryachy Kluch as a member of the 6th airborne brigade. 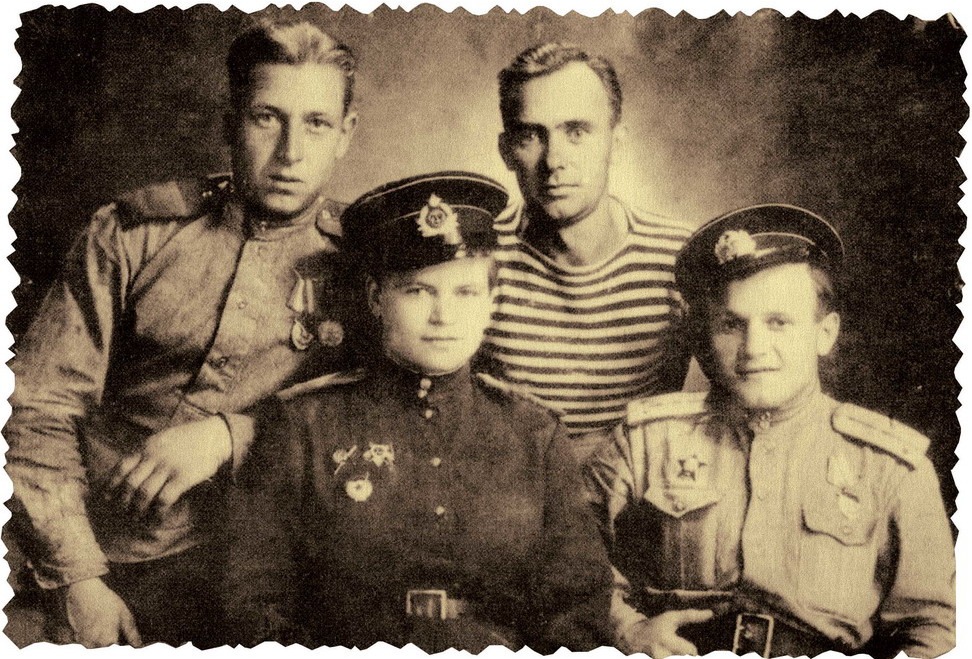 After Yevdokiya Nikolayevna captured a German officer, she was appointed the commander of a reconnaissance squad. One of her battle episodes: Mozdok, the fall of 1942. Russian soldiers, showing unbelievable heroism, have been keeping their positions for 7 days. Ammunition and food are running out, they must do something. Yevdokim proposes to cross the torrential river and try to find all that they need in the German camp… At night she penetrates on the other side of the river, collects shells and loads them on a raft. Then she attacks a truck with provision and successfully sails away. Of course, German soldiers notice her and start firing but it’s too late, she’s already too far. 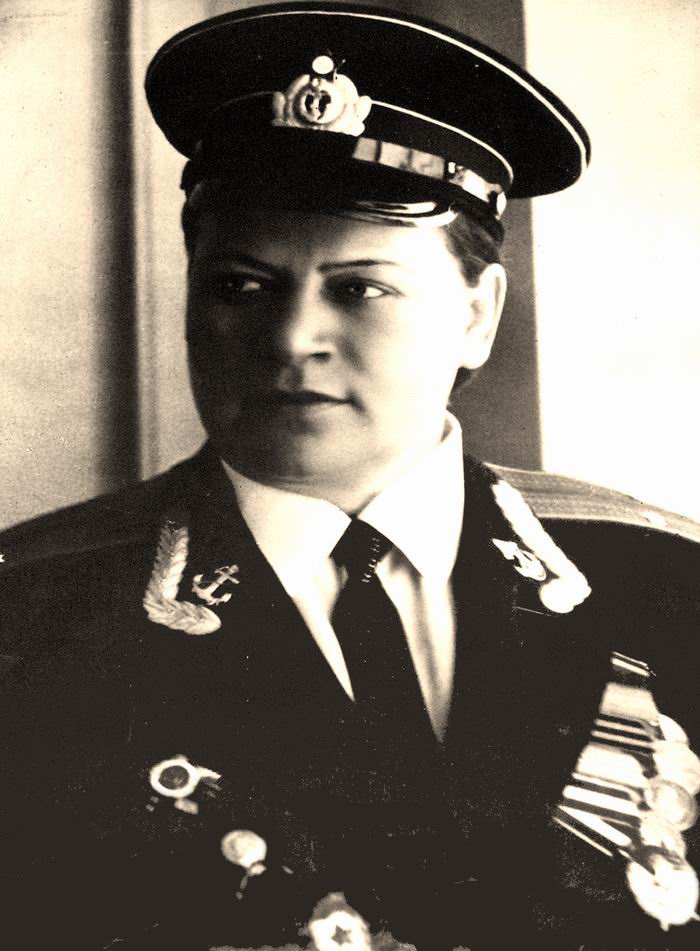 Very heavy fighting took place in the Kuban region. Yevdokim was already the sergeant of a company. Once the company was encircled and its commander – killed. Having noticed the soldiers’ confusion, Yevdokiya rose to her feet and shouted, “Company! Listen to me! Follow me!” And everybody rushed to the attack. The enemy resistance was broken. In this battle, our heroine was seriously wounded for the second time and “Yevdokim” was revealed…

Yevdokiya was afraid that she would become a nurse again. However, given her military achievements, in October of 1943, she was appointed the commander of the platoon of submachine gunners. It took her a lot of effort to make the soldiers respect her as a commander. It seemed ridiculous to them that a 17-year-old girl commanded them. Still, very soon any of them was ready to give his life for her. 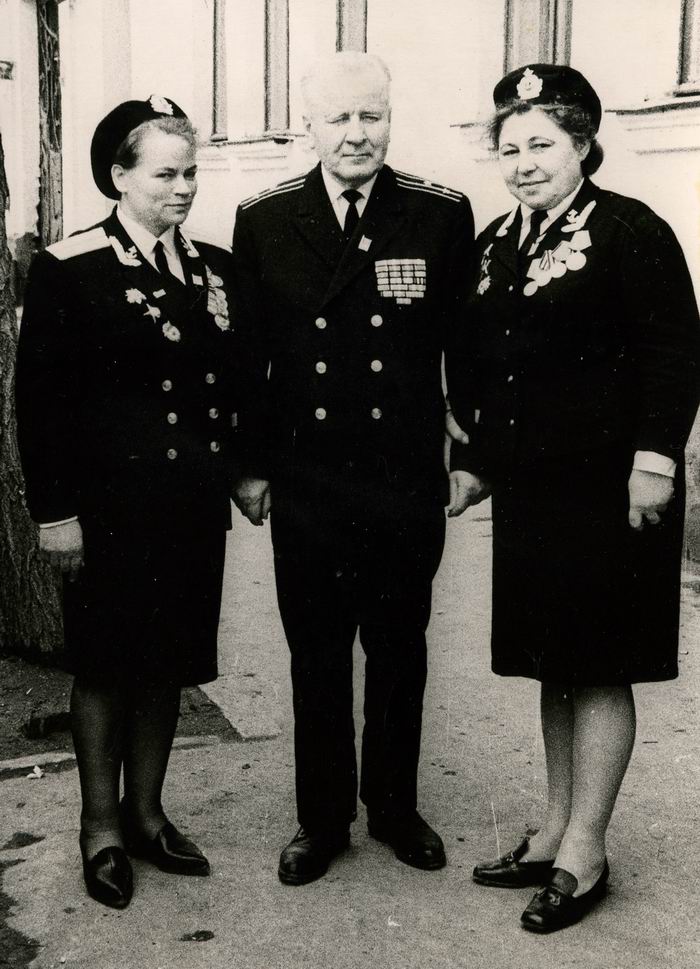 As for “love affairs”, Yevdokiya considered them impossible in such conditions. If she let a single thought of love enter her head, there would be no commander and no platoon respectively. So she returned from the war as pure as the sky and stars. 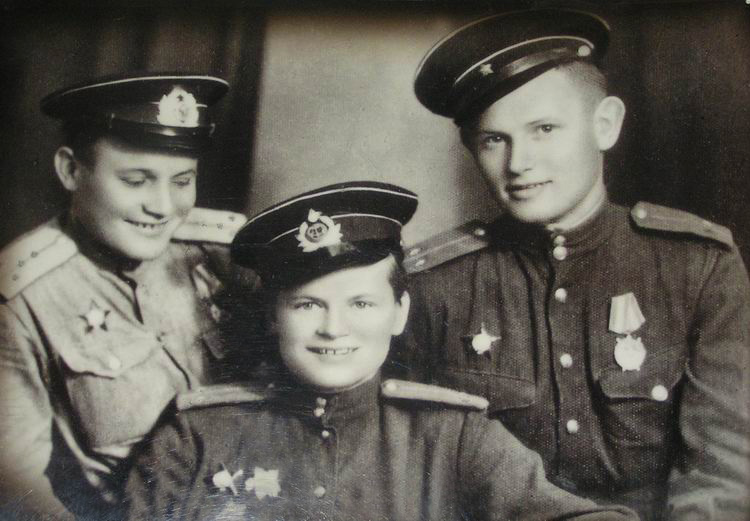 What’s remarkable is that Yevdokiya’s platoon was always at the forefront. They were sent to the places where it was especially hard to fight. Yevdokiya and her platoon terrified the Nazis with daring sallies for which the Germans nicknamed her “Frau Black Death. She participated in the largest airborne operations during World War II and got a lot of orders and medals. Her name appeared on mass graves twice as everybody thought she had died but fortunately both times she survived. 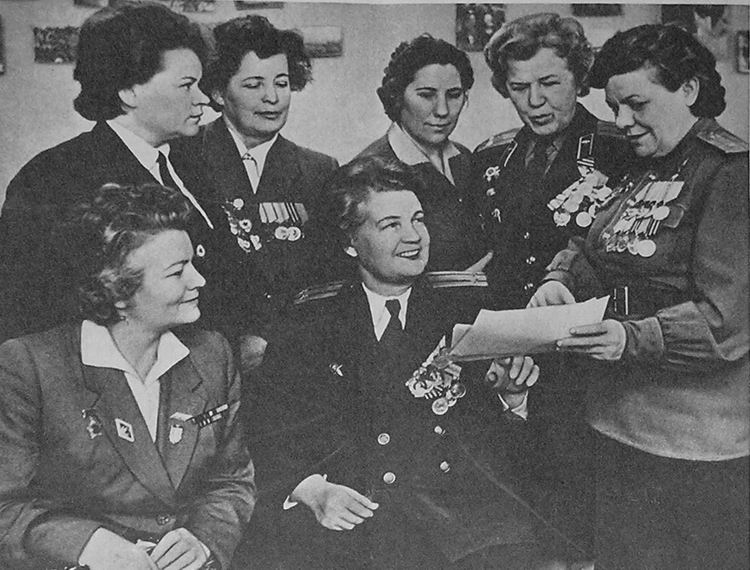 The prediction of her grandmother came true – she was wounded four times. One of the wounds required an emergency blood transfusion and one of her soldiers, without any hesitation, shared his blood and thus saved her life.

Yevdokiya Zavaliy passed a glorious military way – she participated in the defense of the Caucasus, in the battle for the Crimea and Bessarabia, in the liberation of Yugoslavia, Romania, Bulgaria, Hungary, Austria and Czechoslovakia. 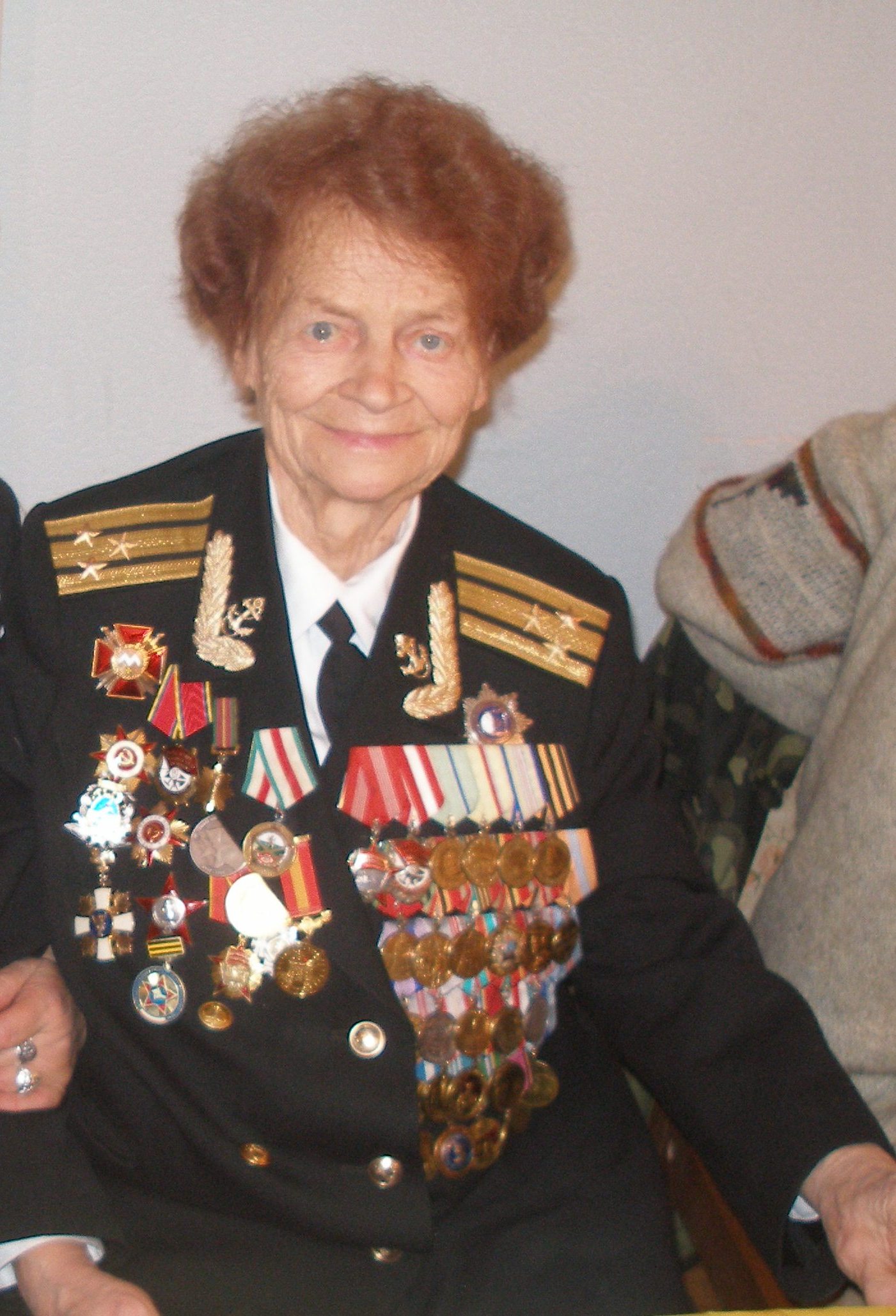 In 1947, she was discharged and went to Kiev. There she met her future husband and got married. She had 2 children, 4 grandchildren and 4 great-grandchildren. Worked as the manager of a grocery store. Toured many cities, military units, ships and submarines with the stories about her platoon. Died in Kiev on May 5, 2010. 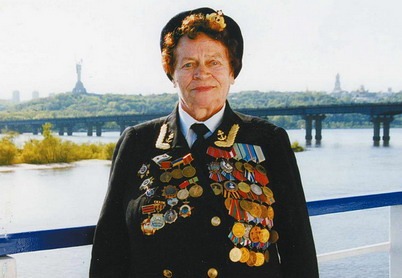 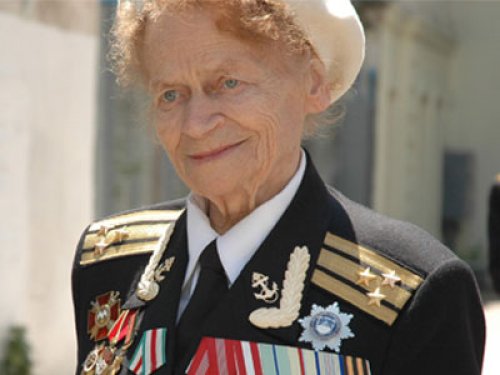 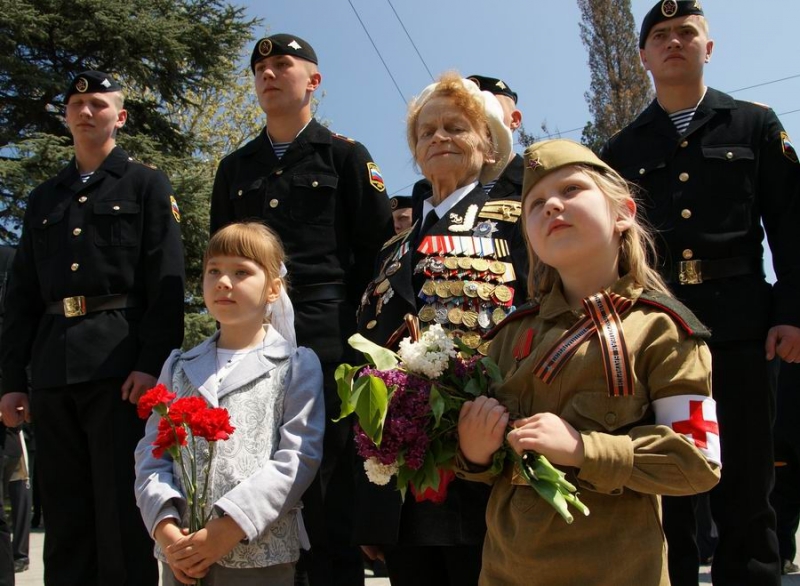 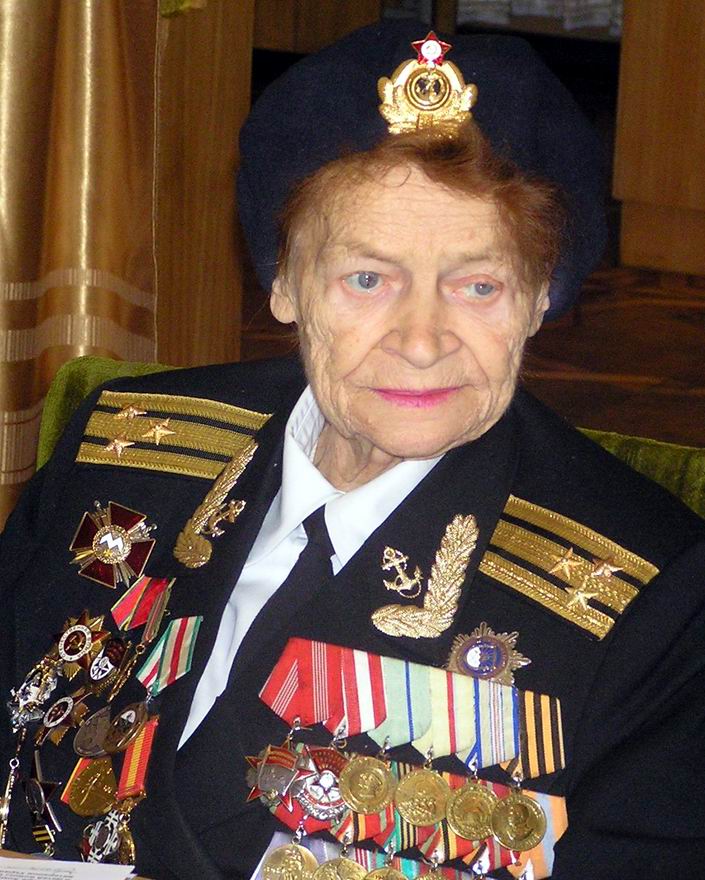