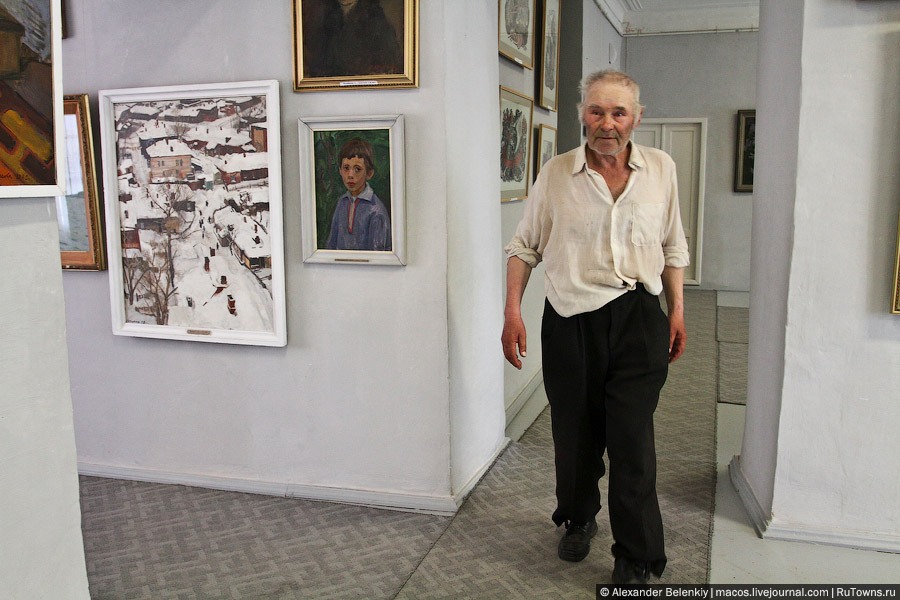 Not every village can boast of having a picture gallery. And it is worth to say that ordinary villagers are usually far from high art. But Voskresenskoe village, that was lost somewhere in the south of Bashkortostan, is an exception. And the gallery is not the only attractive place of the village, there is also an old copper smelter. Voskresenskoe village was born in Bashkirian woods in the middle of the 18th century. Then the first smelter in Bashkortostan was built there on the banks of the river Voskresenka. It gave the name to the village. The plant was built, but it could not start working: in 1735 Bashkirs began an uprising, the dam was burnt and all bricks were carried away. Russians turned to be more stubborn: they crushed the rebellion and restored the plant. So the plant worked for the benefit of Russia, till in 1774 it was captured by Pugachev’s rebels. Then cannons for the army of Pugachev were cast here. After the defeat near Orenburg Pugachev himself visited the plant. Among the villagers there is still a legend that after Pugachev attended a service at the church plant, he and his men left by an underground passage that was going through the forest, so nobody in Voskresenskoe has ever seen Pugachev again. During Pugachev’s uprising the plant was again ravaged and destroyed. Due to the fact that one of the owners of the plant had been killed in the uprising, and another died and had not children, the plant passed from hand to hand until the end of the 19th century when the ore reserves were depleted. The plant was closed in 1902 during the industrial crisis. For the last 40 years the plant remains serve as stockyards for the residents of Voskresenskoe. The other river side has a completely different life, there is no a sign of devastation. There is a one-story red brick building – a picture gallery of Voskresenskoe village. In 1941 students of the Moscow art school were evacuated to Voskresenskoe. Several children from 11 to 17 years arrived here together with their teachers. During severe war times they learned to paint and create sculptures. Children made pictures about their native city, that suddenly became so far. And about war heroes. Moscow children quickly made friends with local boys and girls, went to the same school, played football, wore similar clothes. 6 students went to the front and died there. One of them received the title of the Hero of the Soviet Union. There were no canvases and children adapted to local production. During the war a small furniture factory worked here. It  produced spongy brown cardboard that served as canvas for students. Now they are kept in the private collections of Moscow artists as relics. Ruins of the copper smelting works were, of course, the favorite theme for pictures. Voskresenskoe has another reason to be proud of : a boarding school for children with development lag. Children are taught to love their mother land. To be an apiarist. 6 thoughts on “Art In The Village”